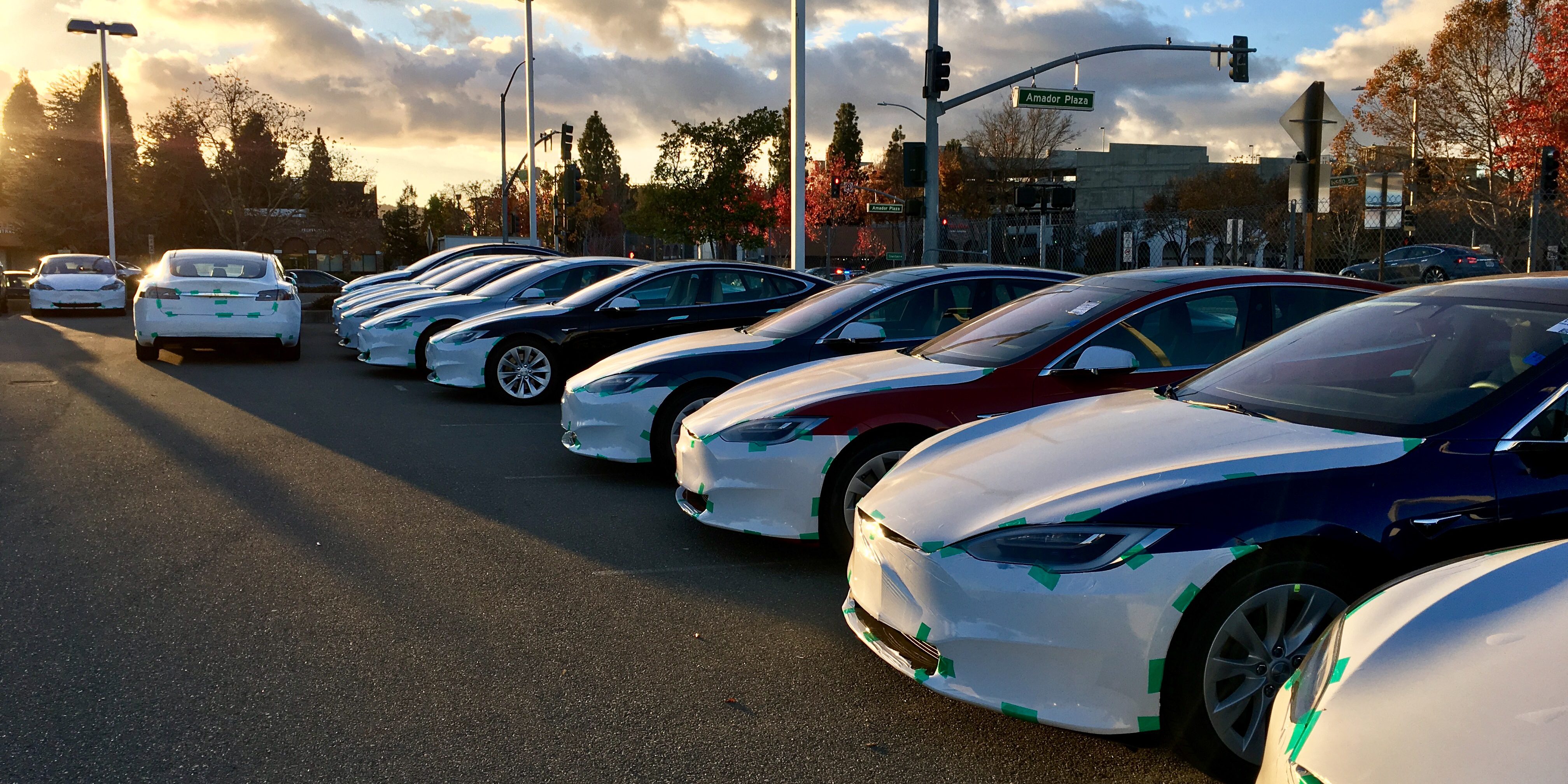 Tesla blames short-term production challenges related to the new autopilot hardware for the miss.  While they were able to meet their production goal and produced 24,882 cars in Q4, production challenges meant that production was shifted more towards the end of the quarter, which means some produced cars – about 2,750 – could not be delivered before the end of the year.  For the last few weeks Tesla was pushing hard to deliver as many cars as possible, but ended the quarter with about 6,450 vehicles in transit to customers.

Tesla states that vehicle demand was particularly strong in Q4, with net orders being 52% higher than last year and 24% higher than in Q3, which was their previous record for orders.

Tesla delivered approximately 22,200 vehicles in Q4, of which 12,700 were Model S and 9,500 were Model X. When added to the rest of the year, total 2016 deliveries were approximately 76,230.Our Q4 delivery count should be viewed as slightly conservative, as we only count a car as delivered if it is transferred to the customer and all paperwork is correct.

Because of short-term production challenges starting at the end of October and lasting through early December from the transition to new Autopilot hardware, Q4 vehicle production was weighted more heavily towards the end of the quarter than we had originally planned. We were ultimately able to recover and hit our production goal, but the delay in production resulted in challenges that impacted quarterly deliveries, including, among other things, cars missing shipping cutoffs for Europe and Asia. Although we tried to recover these deliveries and expedite others by the end of the quarter, time ran out before we could deliver all customer cars. In total, about 2,750 vehicles missed being counted as deliveries in Q4 either due to last-minute delays in transport or because the customer was unable to physically take delivery. Even where these customers had already fully paid for their vehicle, we still did not count these as deliveries in Q4.

In addition to Q4 deliveries, about 6,450 vehicles were in transit to customers at the end of the quarter. These will be counted as deliveries in Q1 2017.

Vehicle demand in Q4 was particularly strong. Q4 net orders for Model S and X, which were an all-time record for us, were 52% higher than Q4 2015 and 24% higher than our previous record quarter in Q3 2016.

Tesla vehicle deliveries represent only one measure of the company’s financial performance and should not be relied on as an indicator of quarterly financial results, which depend on a variety of factors, including the cost of sales, foreign exchange movements and mix of directly leased vehicles.