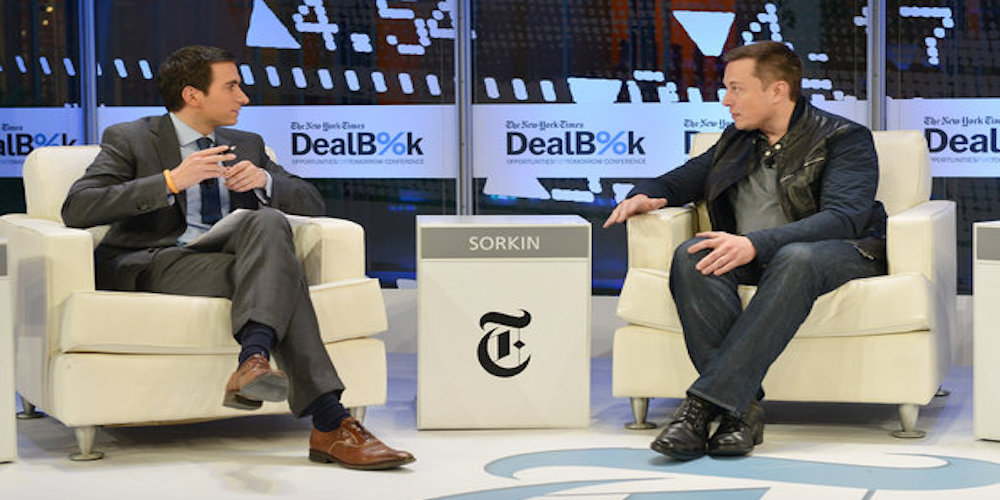 In a post to his Dealbook column in the New York Times, Andrew Ross Sorkin says, “Want to Bring Back Jobs, Mr. President-Elect? Call Elon Musk.” That’s something that seems beyond obvious to anyone paying attention: after all, Musk started the United States’ first viable automobile company in a century, is opening up the biggest battery plants and solar plants the world has ever seen, and is working on manned flights to Mars…

Musk’s companies have created 35,000 jobs to date, and that’s only going to grow with hiring in Buffalo for line workers in the Solar Gigafactory reported just this morning, store openings and obvious huge ramps in the Nevada Battery Gigafactory, and an already-bursting Fremont plant to build the Model 3.

That’s unfortunately not how Musk is perceived to the folks running the country that benefits most from his endeavors. Because of the Republican Party’s funding by fossil fuel and reliant industries, for instance, Republicans lawmakers are often quick to cite “subsidies!” as the rationale for Musk’s success.  Musk easily and often refutes these claims, noting that large scale electric automobile production can’t rely on the 200,000 Federal tax credits. He even challenged Big Coal to go toe to toe with his companies with zero subsidies, something we’ve yet to hear a response on.

But there have been some signs of progress, however small, in the Republican President Elect Trump’s words and actions.

Trump’s discussion with the New York Times  sounded more like like nonsensical statements about climate change than any sort of cohesive policy (transcript) or even understanding of the issues at hand. However, Trump did meet with climate champion Al Gore yesterday. While we can’t be sure that these meetings weren’t merely for publicity, Gore himself described his time at Trump Tower as “a lengthy and very productive session” that was left as “to be continued.”

Gore was originally scheduled to meet yesterday morning with the President-elect’s eldest daughter, Ivanka Trump, to discuss climate issues. Ivanka, who has been described as the least conservative of Trump’s children and who is not registered to any political party, has a history of endorsing traditionally liberal policies. During the election she was a strong advocate of equal pay and paid family leave , and has recently stated that she wants to make global warming one of her signature issues , a stance which presumably prompted her meeting with the former Vice President.

Ivanka has hinted that she doesn’t plan on joining in her father’s political organization in an official capacity, but she has long been a strong influence of her father’s. Her husband, Jared Kushner, who played an integral role in the Trump campaign and is a key member of his current transition team, will likely continue to advise Trump into his presidency.

After a brief meeting with Ivanka, the former Vice President had a conversation with the President-elect himself, a meeting which reportedly took up the majority of his two hours at Trump Tower and which he described as “extremely interesting.”

“It was a sincere search for areas of common ground,” Gore told reporters upon exiting Trump Tower yesterday. Though the former Vice President didn’t comment much on the actual content of their meeting, he described it as “to be continued, and I’m just going to leave it at that.”

Back to the New York Times…it isn’t until the end where we learn that Sorkin reached out to Musk, who actually has an opinion on the matter, however vague:

In a note back to me on Monday, Mr. Musk said he was heartened by Mr. Trump’s recent acknowledgment that human-driven global warming may be real.

Would he want to engage with the president-elect?

To be a fly on the wall in that conversation…