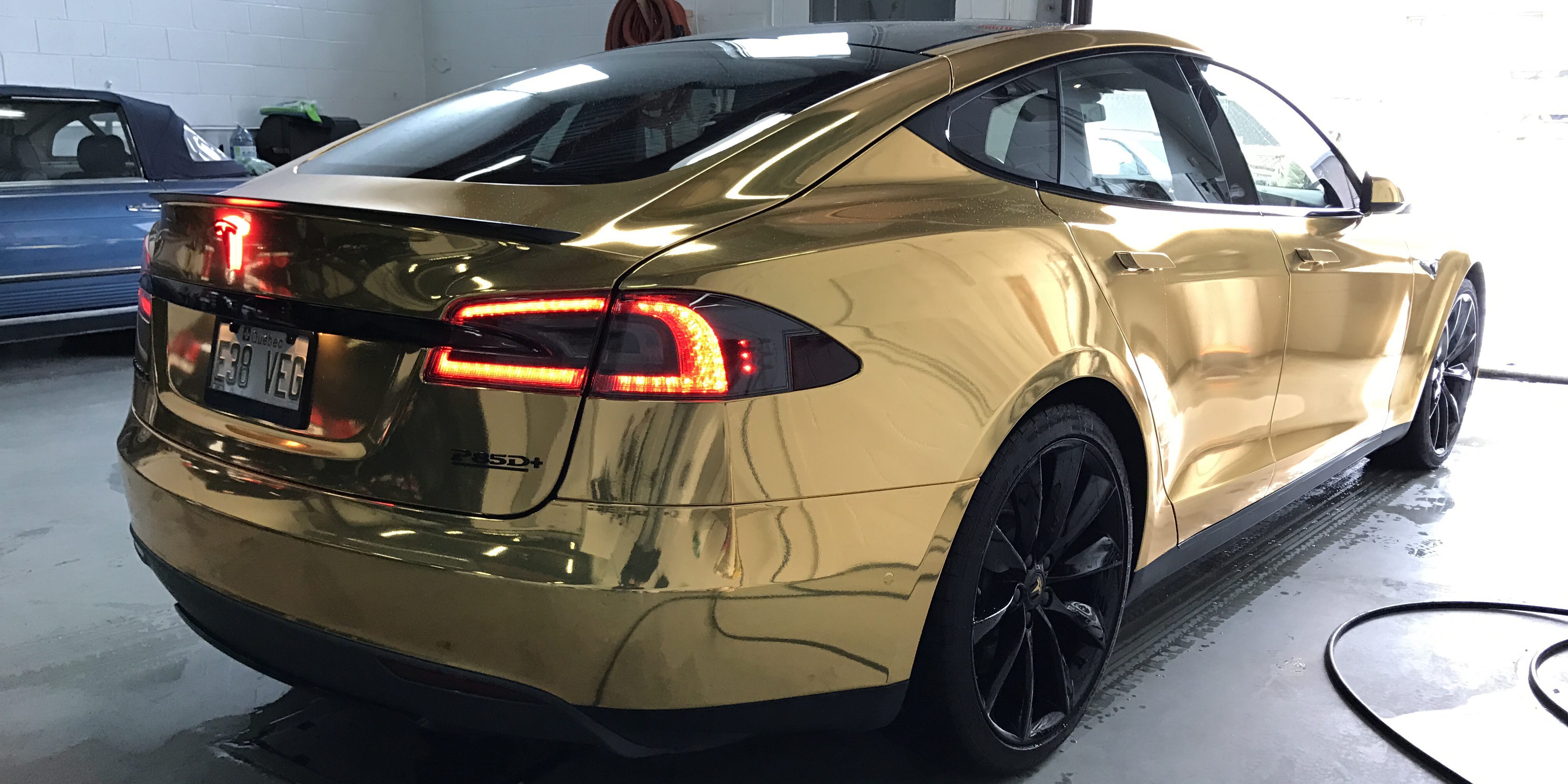 It’s pretty much what most people would expect President Trump’s Tesla would look like considering his penchant for shiny and gold-plated things, but this piece of art his owned by long-time Model S owner Kenneth Tong.

While I’m not a fan of cars with chrome finishes, I can see the appeal of having a vehicle that stands out and in this case, you have to admire the craftsmanship.

It’s not the first crazy look for Tong’s Model S P85D+ . The vehicle had a black chrome wrap with Tron-like reflective pin stripes 2 years ago.

On both occasions, the job was the work of Unltd Media in Montreal. The company does 3 to 5 car wraps per week, but they say that Tong’s Tesla is especially special.

“This is the first gold chrome with 3m clear that has been laminated to the material and not applied after. Also, we had all the moldings wrapped gloss black so no chrome shows on the car and had the wheels and callipers painted gloss black with gold chrome Tesla lettering on the calipers. It was a long process but in the end, everything came out the perfect!”

Garvin and Tong sent us some exclusive pictures of the project:

And yes it’s snowing in Quebec today so it won’t be this pristine for very long, but nonetheless, that’s a pretty cool wrap. The lighted Tesla logo is a nice touch.