In this week’s top stories: Progress at Tesla’s Gigafactory 1, Elon Musk confirms new Model 3 details and unveils a new glass roof option for Model S, and we take a closer look at Powerwall 2 and its competition.

We move onto solar and energy news as we take a look at the Powerwall 2 competition and Panasonic‘s task ahead as it attempts to keep up with Tesla’s battery demands. These and the rest of this week’s top stories below. 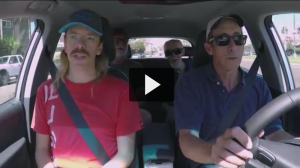