First image of new Tesla Powerwall 2.0 leaks ahead of the unveil and ‘solar roof’ event

Just as Tesla officially announced the new ‘Powerpack 2’ Thursday night, the first image of its younger brother, the Tesla Powerwall 2.0, leaked ahead of its planned unveiling at the ‘solar roof’ event tomorrow.

As we reported earlier this week, the new generation is ‘flatter and more rectangular’ than the previous generation.

The leak comes from “Elon’s Velvet Jacket” again. Like we discussed in our latest report on the anonymous leaker’s last release, he/she has been a reliable source in the past.

The first image of the Powerwall 2.0 comes from what appears to be promotional material to be released after the event Friday evening.

Here’s the picture in full: 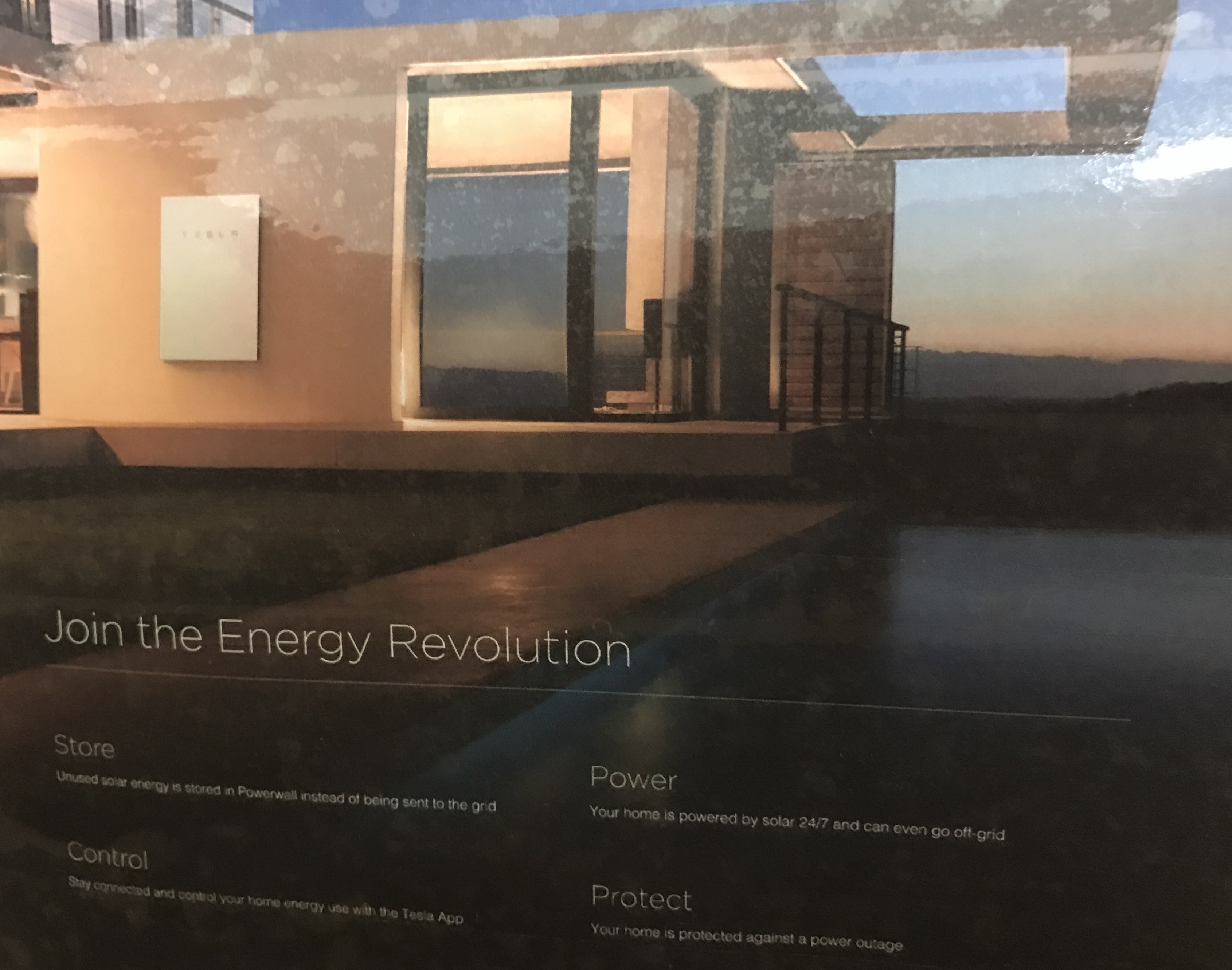 The new Powerwall could go on sale at Tesla store as soon as this week, according to ‘Elon’s Velvet Jacket’.

The most important information about the residential energy storage unit, namely its energy/power capacity and the price, still remain unknown. If the new Powerpack 2 is any indication, it’s looking good for the new generation of Powerwall.

Tesla CEO Elon Musk has been hyping a product “like nothing else on the market” and “not even on drawing boards”. Expectations are high, but what do you think of the design so far? Let us know in the comment section below.

An even more important feature to the new Powerwall could be its availability. It has been difficult for customers to get their hands on the first version as Tesla was focusing the little supply it had in markets was high electricity cost and strong solar adoption, like Germany and Australia. The new Powerwall 2.0 is expected to be more widely available in Tesla stores across all its markets.

We will certainly know more by the end of the week as Musk promised an unveiling on time just before sunset on Friday at 5:30pm PDT (UTC-7) at Universal Studio in Los Angeles. We will be covering live.