Recent efforts by several large polluting nations have started to make a global impact in power capacity and now the International Energy Agency (IEA) confirms that renewable energy has overtaken coal as world’s largest source of power capacity as of last year.

The organization announced today that it is raising its 5-year forecast for renewable growth by 13% as it sees “stronger policy backing in the United States, China, India and Mexico.”

China’s latest push for solar and wind energy was a big help in achieving this new global milestone. IEA estimates that about half a million solar panels were installed every day around the world last year and 40% of all renewable capacity increases came from China.

It is enough to tip the global scale of new power generation.  IEA wrote in its new Medium-Term Renewable Market Report:

Led by wind and solar, renewables represented more than half the new power capacity around the world, reaching a record 153 Gigawatt (GW), 15% more than the previous year. Most of these gains were driven by record-level wind additions of 66 GW and solar PV additions of 49 GW.

We recently reported that solar power cost is down 25% just over the past five months and solar power is increasingly contributing to global renewable energy deployment. There’s no coming back from those cost reductions. IEA expects that renewables “will remain the fastest-growing source of electricity generation, with their share growing to 28% in 2021 from 23% in 2015.”

The electric grid is increasingly becoming cleaner and it means that the impact of electric vehicles will be greater. We reported last month that emissions from transportation are expected to surpass emissions from the energy sector for the first time in the US this year.

IEA released this infographic to summarize their new report: 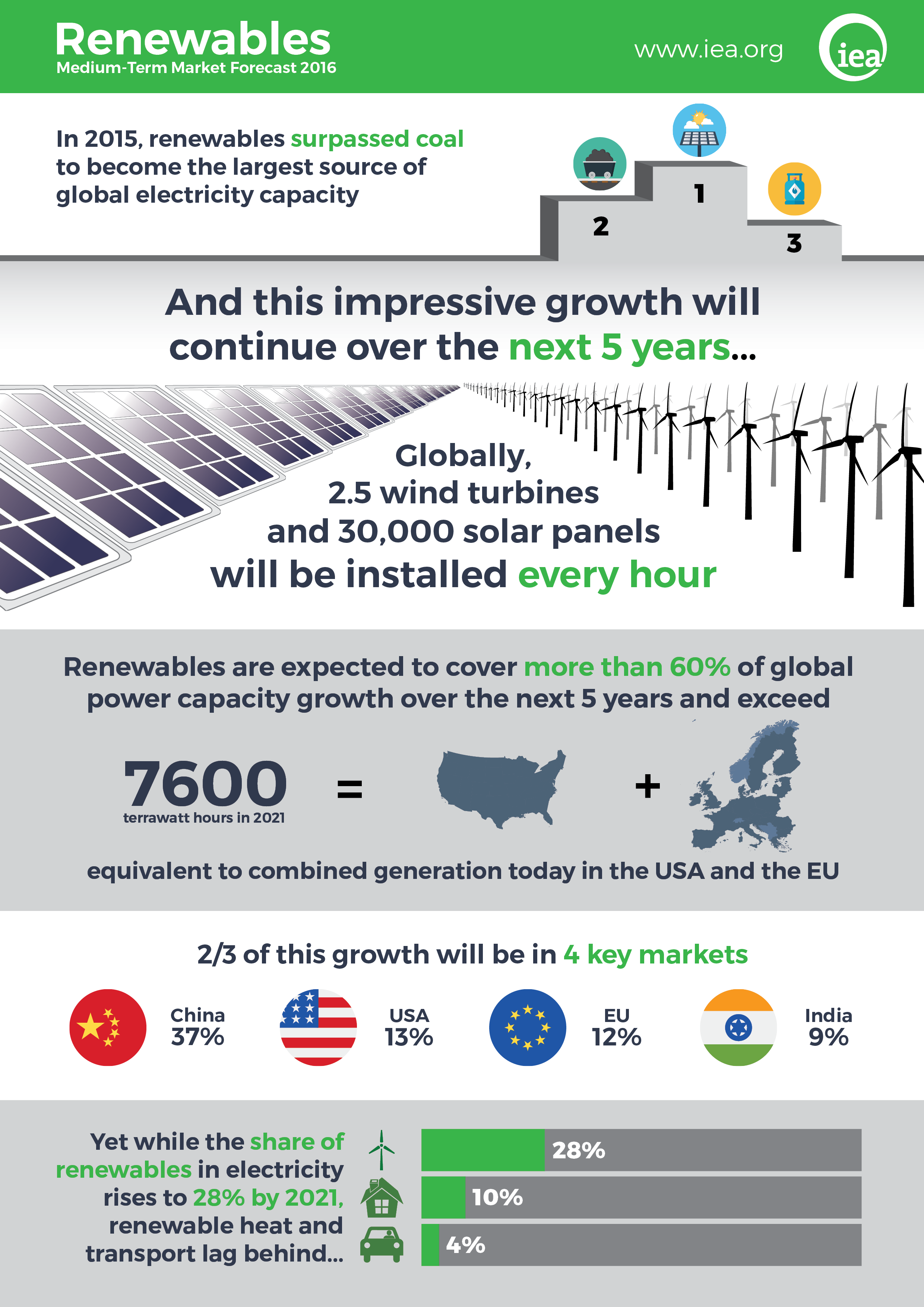 If you want to contribute to the deployment of renewable energy, you can see if it makes sense for you to install a solar array at your home or business and if you can be saving money on your energy bill here.

Update: IEA released a cool GIF about the rate of solar panel installations in the next 5 years:

30,000 #solar panels will be installed every hour around the world over the next 5 years. Find out more 👉 https://t.co/iRTeR9jxvJ pic.twitter.com/IUc4inJ12d