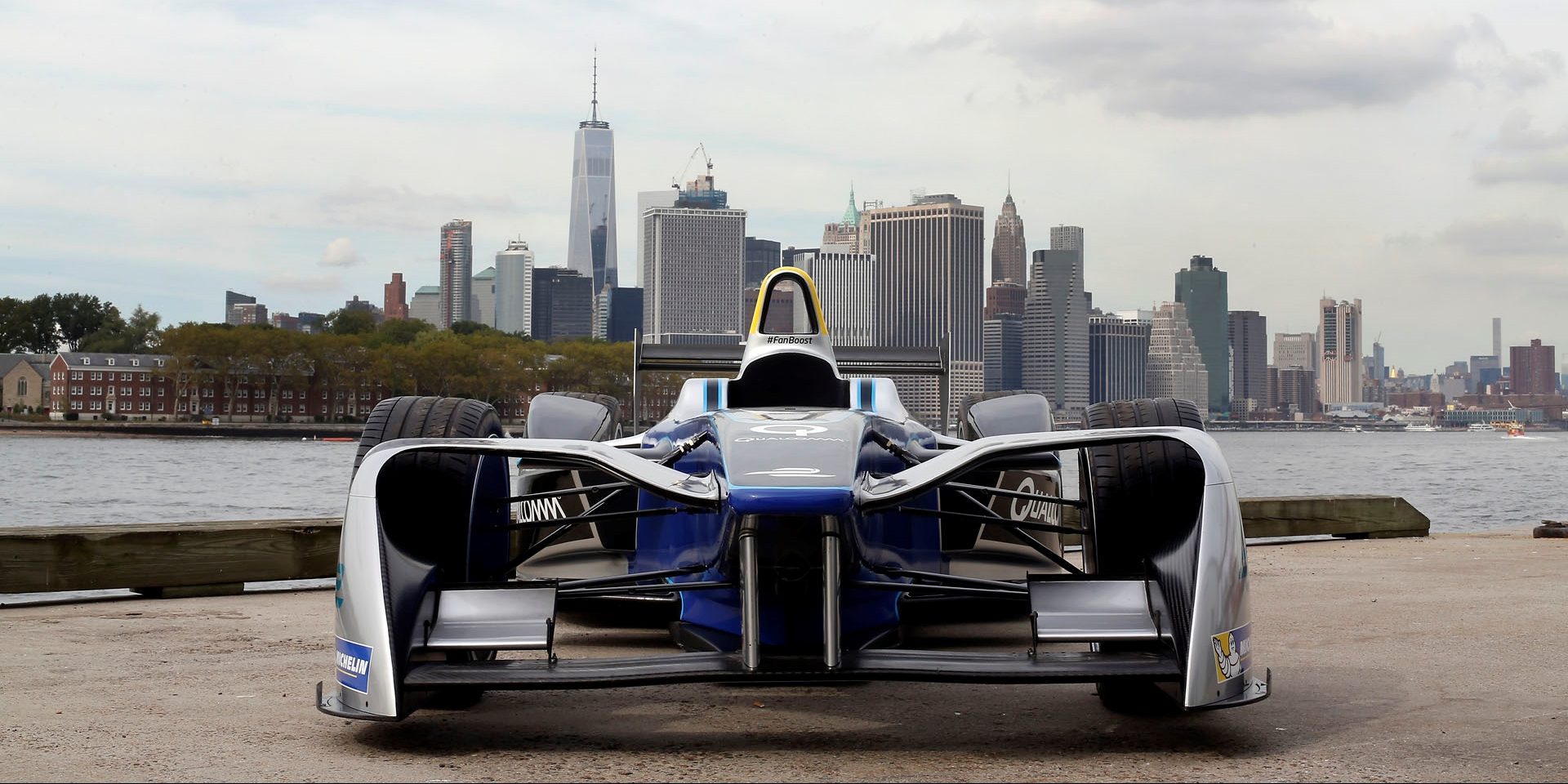 For the last two years, Formula E’s season-ending double-header, with two races on the same weekend, took place in London’s Battersea park.  But today, Formula E confirmed that the 2016-2017 season finale will be moved to New York City, taking place in Red Hook, Brooklyn in mid-July.  The race will be run on city streets near Pier 11 and the Brooklyn Cruise Terminal.  It will be the first FIA-sanctioned open-wheel race ever to take place within the five boroughs of New York City.

The proposed track map is still subject to FIA approval, but can be seen here: 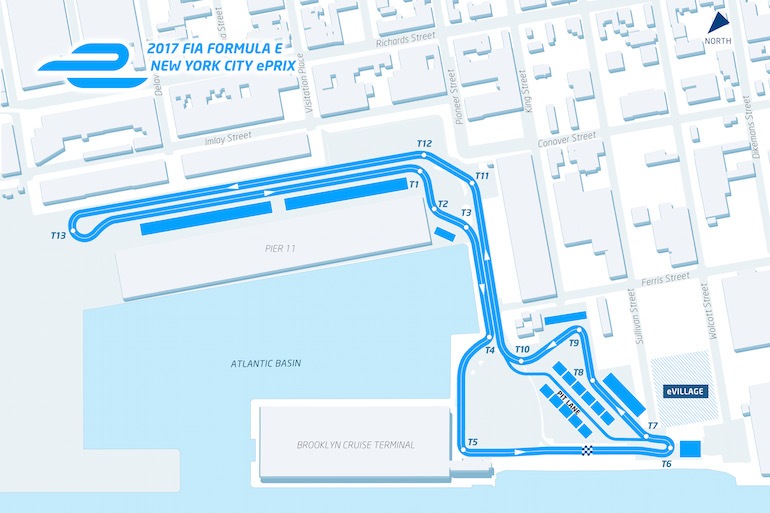 In Formula E’s first season, the series featured “spec” racing, which meant that all race teams had the exact same car, in order to reduce team startup costs and maintain competitiveness of the field.  Last year, Formula E allowed teams to modify the motor, inverter and gearbox designs, opening up the sport to new ideas and innovation from the teams.  This enticed other manufacturers to get interested, and this year Jaguar, Audi, and Faraday Future have all joined to sponsor race teams, with Porsche also expressing interest in becoming a supplier.  Some smaller rule changes are taking place for next season, mostly related to increased power and energy limits for the cars, and slightly reduced weight.  In coming years, the sport will open up more aspects of the car to innovation by the teams, which should result in faster cars and even more exciting racing.

The series has raced in the US before, with the Long Beach ePrix taking place in April in the last two seasons.  As of now, the Long Beach race has not been confirmed for next year, and the official Formula E calendar has an empty spot in April.  There has been significant interest from other cities in hosting the series, which mostly races in city streets in a way that louder, more polluting race series are unable to get clearance for.

Formula E released a YouTube video along with the official announcement, which you can watch below.  The 2016-2017 starts on October 9 with the Hong Kong ePrix.