Faraday Future announces it will compete in the Formula E next season, unveils vehicle design

With the announcement, the team revealed a few images of the vehicle they will race in the championship.

“Formula E has placed a significant emphasis on electric performance and connectivity, which makes it a great fit for Faraday Future,” said Mattiacci. “Formula E has leveraged a community of fans and embodies the competitive spirit that we also share.”

Mattiacci will oversee the company’s work in the Formula E, while Nick Sampson, Senior Vice President Global R&D and Engineering, will be in charge of the technical work. Sampson also commented:

“Partnering with Dragon Racing allows us to further showcase our electric vehicle leadership and technical capabilities in one of the most exciting Formulas in the world. I clearly see Formula E as the right venue to challenge our engineers and technologies in the most extreme performance conditions.”

The company released the following pictures of the vehicle: 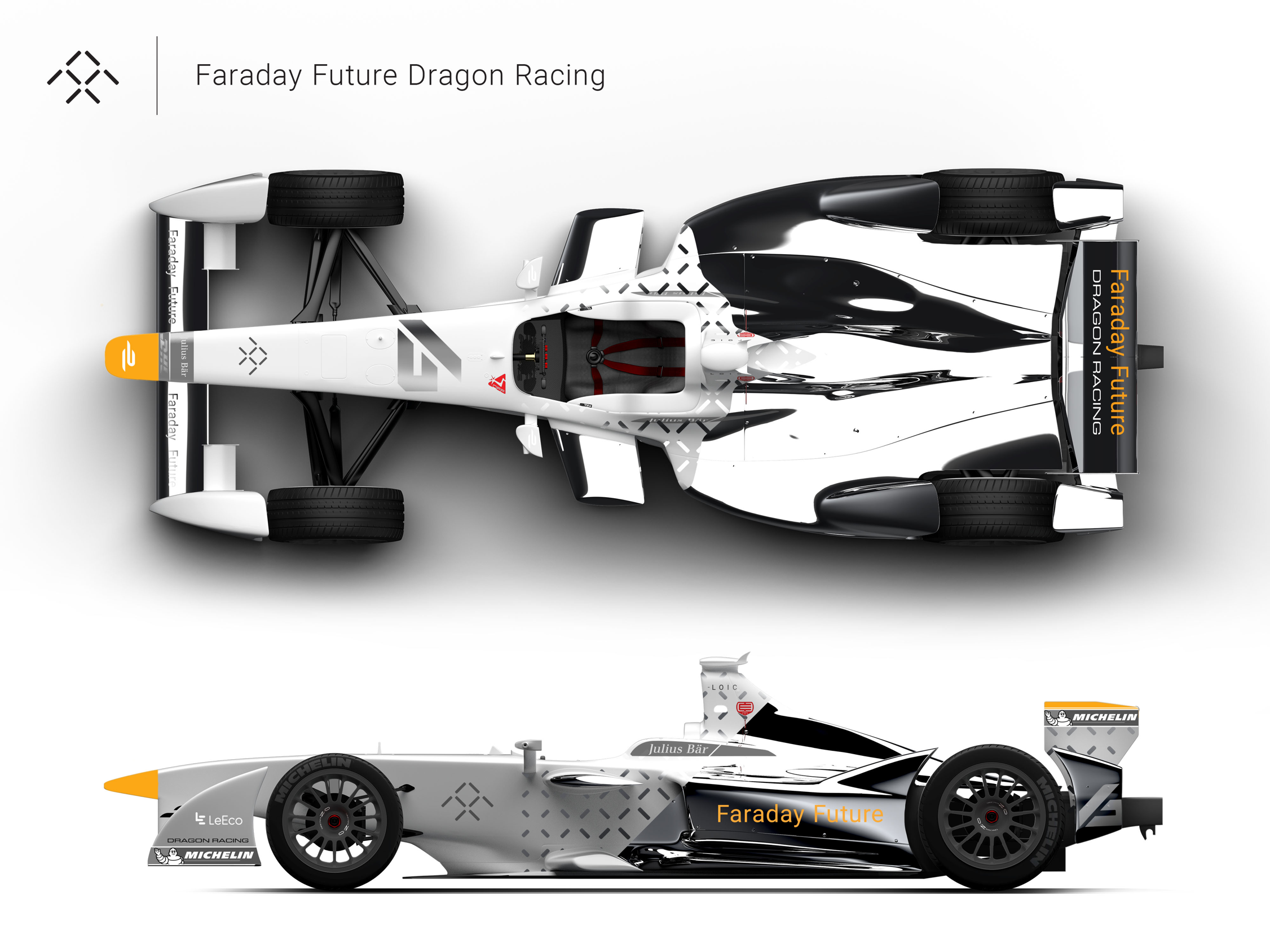 Faraday Future and Dragon Racing will work together in Season 3 (2016/17) to develop key technology software solutions to maximize performance capabilities within the vehicles’ powertrains. Faraday Future’s R&D team will look for opportunities within the Dragon Racing platform to improve overall drivetrain performance. Additionally, they will refine data acquisition and analytics to improve vehicle simulation models, which will aid in more accurate predictions of vehicle performance and efficiency.

The Formula E has been gradually allowing the introduction of more proprietary technologies in the vehicles racing in its championship and the Season 4 starting next is when FF will be bale to introduce more of its systems into the competition with the help of Dragon Racing:

In the Season 4 (2017/2018) and beyond, Faraday Future and Dragon Racing will work together to implement various Faraday powertrain components, software, firmware, and other hardware as the team sees fit. This could include Faraday Future motors, gearbox, and the FF Echelon Inverter – the same inverter that will be installed into every future Faraday Future production vehicle. While competing in the Formula E World Championship Series, FF technology will encounter some of the most challenging and strenuous conditions the world has to offer.

You can watch the announcement here: