Audi puts its 4 rings on an all-electric Formula E racecar, almost takes over a team for next season 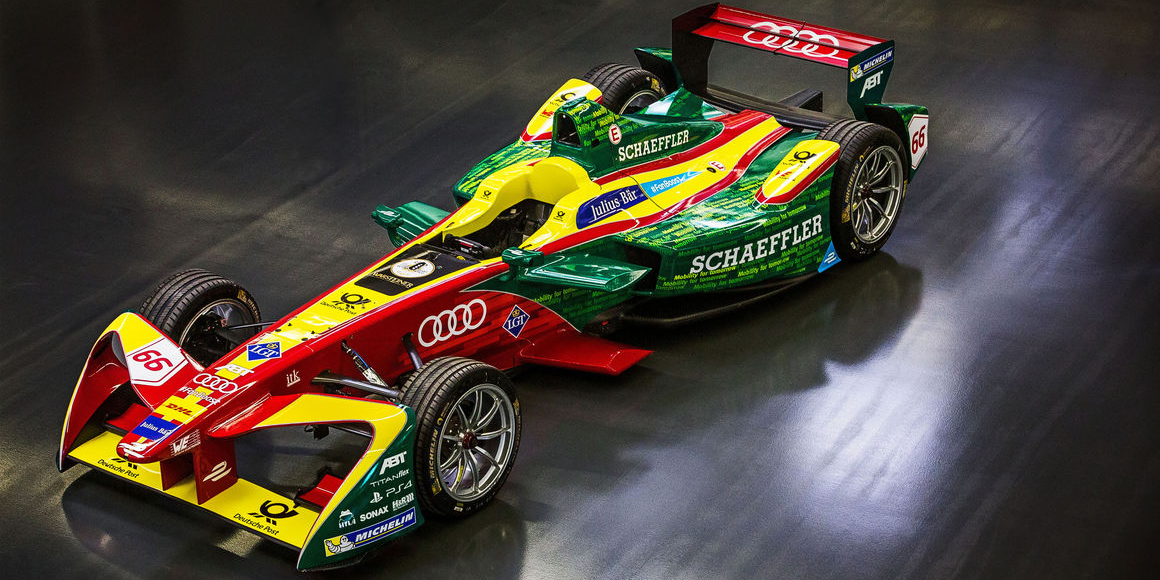 We are seeing an increased interest for the all-electric Formula E championship by established automakers. After Jaguar creating its own team earlier this year, now Audi announced its increased involvement with the Formula E Team ABT Schaeffler Audi Sport ahead of the 2016/2017 season starting next.

They are moving from what could more easily be described as a sponsorship to a complete partnership in the program and they unveiled a new race car skin – pictured above.

Furthermore, The German automaker confirmed that it will incorporate the team into its factory-backed motorsport program before the 2017/2018 season.

“Audi has consistently been using motorsport to test and develop new technologies further for subsequent use in production. With quattro drive we revolutionized rally racing and subsequently set standards in circuit racing as well. In the 24 Hours of Le Mans, Audi was the first manufacturer to have achieved victories with a TFSI engine, a TDI and a hybrid race car, so writing motorsport history on several occasions. Now we intend to repeat this in fully electric racing. Formula E with its races being held in the hearts of major cities is an ideal stage for this purpose and Team ABT Schaeffler Audi Sport a logical partner for us.”

Ullrich makes it sounds like the Formula E will be used as a test bed for Audi’s, and likely the whole VW group which heavily investing in EVs, future electric propulsion technology.

Electric vehicle startups have also taken more prominent roles in the championship. NEXTEV has been involving in the project since the beginning and earlier this year, Faraday Future pretty much took over the Dragon Racing team.

The next season of the Formula E will start October 9, 2016 in Hong Kong.