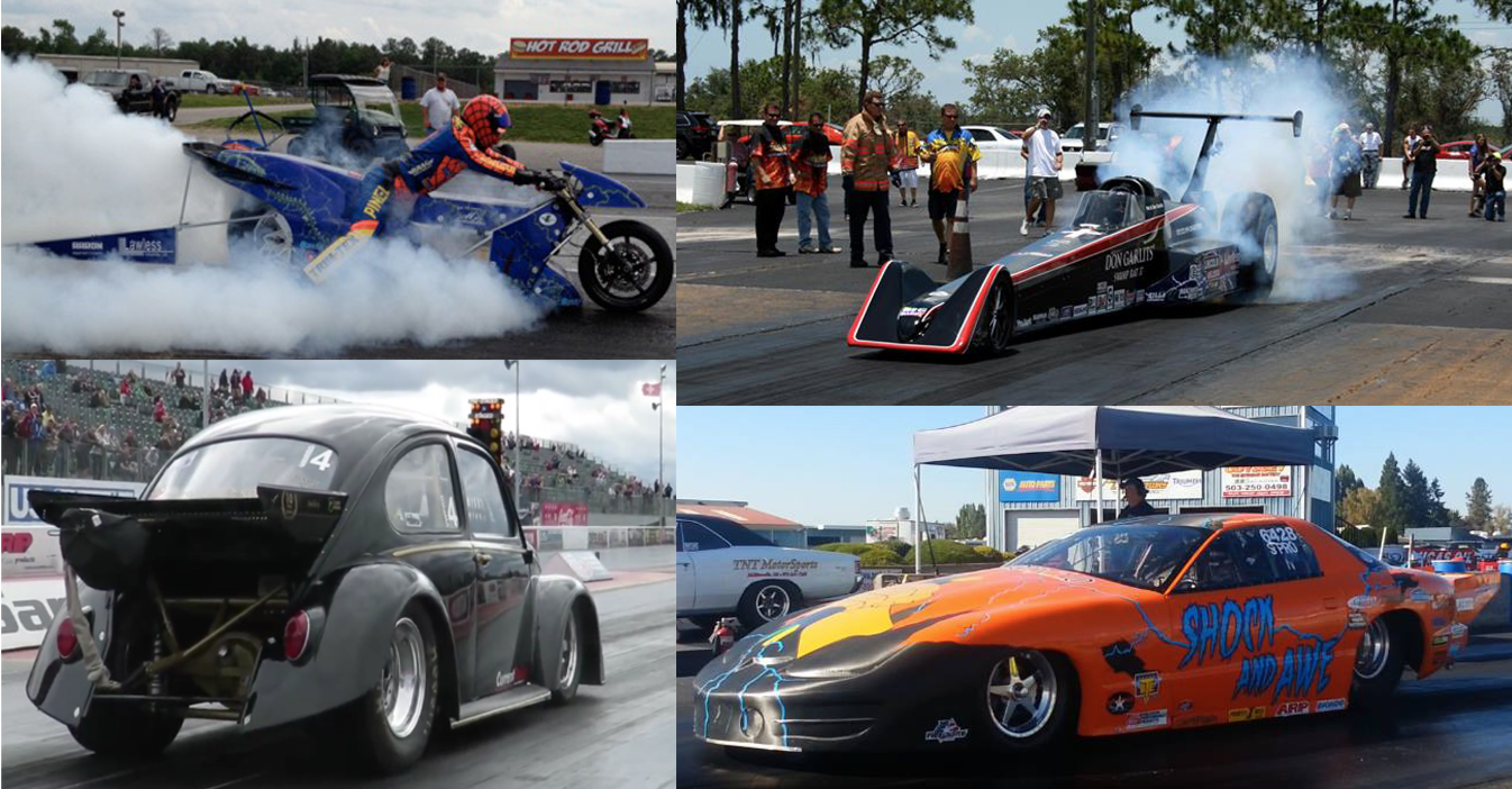 Electric drag racing is still a niche pursuit, but a few enterprising racers are setting some very impressive times in custom electric drag racers.  In the last couple weeks, new records have been set by both Black Current, an electric VW Beetle based in the UK, and Shock and Awe, an electric Pontiac Firebird built by students at Bothell High School in Washington state.  We’ve all seen – and been impressed by – Tesla drag race videos, but these electric door slammers take it to another level entirely.

Black Current is the world record holder with an 8.28 @ 159mph in the 1/4-mile, set just two weeks ago, but Shock and Awe’s run this weekend managed an 8.32 @ 166mph, setting a speed record if not a time record.  A video was posted to facebook showing Shock and Awe’s second-best run of the day, just .01 second slower than their fastest.

In another class are the Zombie 222, a modified Mustang, and White Zombie, a modified Datsun.  These cars are street-legal conversions, and each of them run 1/4-miles in the 10.2 range.  A street-legal “10-second car” is a big deal in the drag racing world and most cars require modification to reach times that fast, though Tesla has recently made 10-second EVs much more common, with the release of the P90D and P100D, both of which are capable of sub-11-second runs without modification.  The Rimac, of course, is even faster at a 9.92, but with a small production run and a pricetag of nearly $1 million each, you’re not likely to see many of them at your local dragstrip.