If you are still waiting for your Tesla Powerwall order it’s because this guy in Australia is hogging them all. OK, maybe not all, but 6 units  – making his installation one of the biggest home energy storage in the country.

Natural Solar, one of Tesla’s authorized resellers in Australia, just completed the installation at the home of Clayton Lyndon in Queensland. The company released the details and the expectations of the system on Lyndon’s energy production/consumption.

Each Powerwall has a 6.4 kWh capacity for a total of 38.4 kWh. The energy storage system stores energy produced by Lyndon’s impressive 24 kW solar panel system and everything is linked by 3 SolarEdge inverters.

“The impact of solar panels coupled with a Tesla Powerwall is so recent and supports renewable energy. Operating at full efficiency, this system is expected to produce a massive 36,355kWh each year, reduce carbon emissions and offset coal fired power by 34,173.7kg per annum and is likely to completely offset the customer’s power bill leaving him energy positive from day one,”

Natural Solar shared a picture of Lyndon’s energy summary and it shows that he imported less than 1% of his energy consumption while exporting 36% of his system production during the past week: 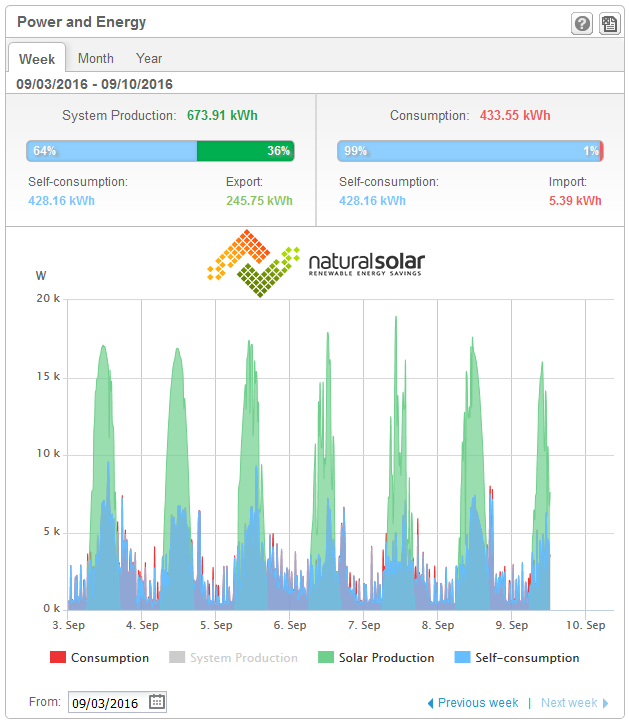 Lyndon nor Natural Solar are breaking down the price of the whole system, solar and Tesla Powerwalls, but they say that the installation will save $13,000 per year on energy bills – virtually the house’s entire energy costs – and that Lyndon will start seeing a return on investment within the next “4-5 years”.

Electricity rates in Australia are extremely high and it facilitates the adoption of solar and energy storage.

“Although the majority of Tesla Powerwall owners remain connected to the networks, the idea of having independence from the grid excites some Australian homeowners. We are seeing a large volume of enquiries come through hourly with people wanting to know more about the projected savings and how a Tesla Powerwall coupled with a solar system will be effective for their home. The addition of multiple battery storage units will provide greater energy savings with people drawing less power from the grid and encouraging heightened awareness of just how people are using and storing their power.”