Earlier this year, GM acquired self-driving car start-up Cruise Automation in an attempt to accelerate its self-driving technology program. Not long after the acquisition, the company equipped a fleet of Chevy Bolt EVs with its sensor suite and started testing the vehicles on the streets in the Bay Area.

Now we learn that Cruise and GM are expanding their test fleet to Scottsdale, Arizona.

On the prototypes spotted so far, the company seems to be testing a sensor suite installed on a roof rack with both a trifocal camera setup and lidar sensors.

Now it looks like the same prototypes are making it to Arizona so don’t be surprised if you see them around Scottsdale.

The company announced the news on its Twitter page and shared the following picture of one of the prototypes on Old Town Scottsdale street: 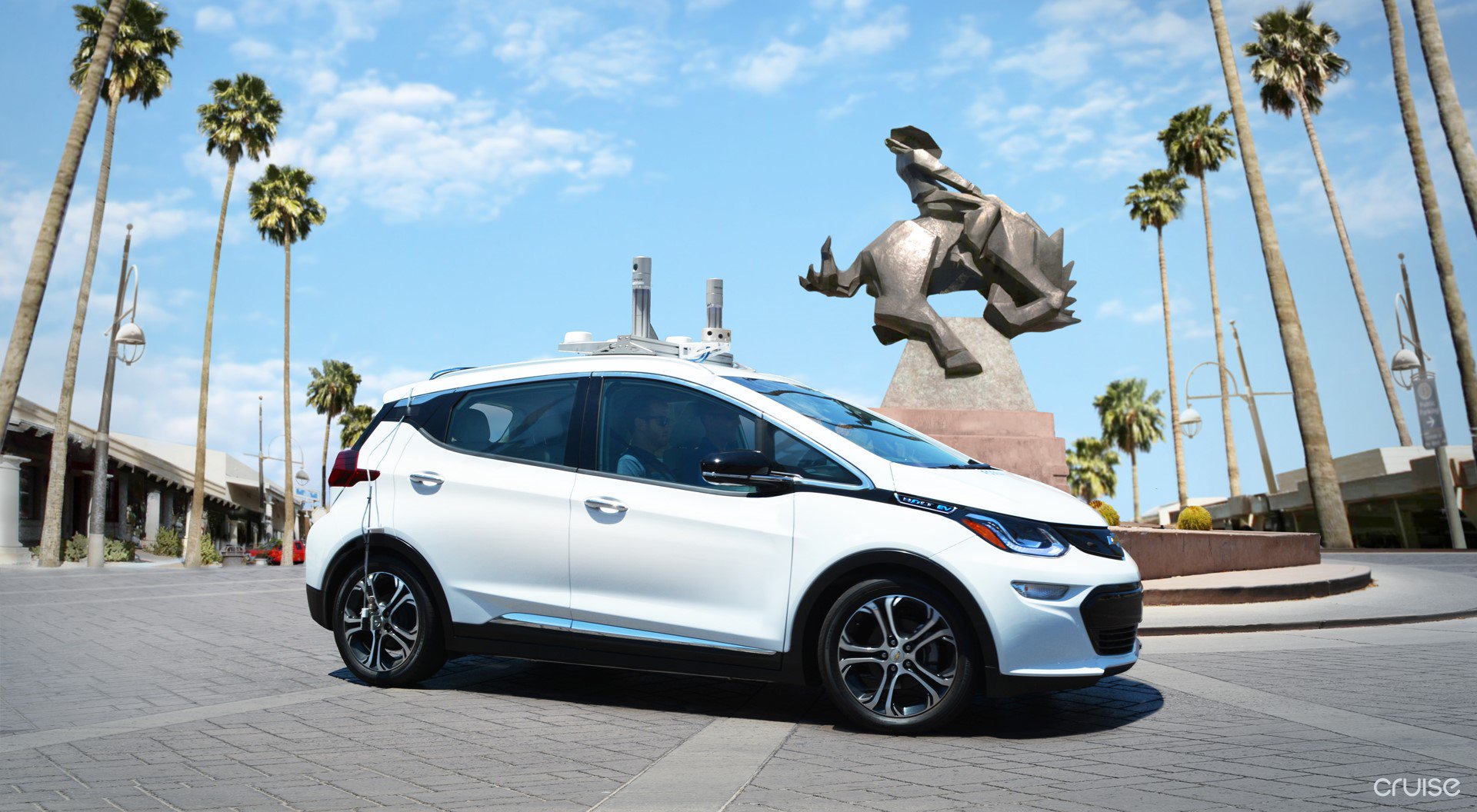 GM hasn’t released an official timeline for when it hopes to bring its autonomous technology to market, but they plan to do it first through their partnership with ride-sharing service Lyft. Once the technology is mature enough, it is expected to be introduced in vehicles for Lyft drivers, like the Bolt EV by the end of the year, and eventually, as the technology evolves, the hope is that the drivers will not be needed anymore.