As we reported after Tesla’s performance in the country last quarter, the automaker has found an interesting and growing market for the Model S in relatively small Austria, a country of ~8 million people.

While not as impressive as the first quarter’s 148% increase in Austria, Tesla’s Model S deliveries have grown 24% during the second quarter compared to the same period last year.

Based on registration data, Tesla delivered 166 Model S sedans in the country last quarter versus 134 vehicles during the second quarter 2015.

Here’s a visualization of Tesla’s growth in the country since 2014:

Austria is one of the rare European markets where Tesla is seeing growth for the Model S during the second quarter based on registration data. We will release each market throughout the week, but as global delivery numbers indicate, don’t be surprised if it’s not as good as Austria.

Despite covering a relatively small region, Tesla has now 9 Supercharger locations in the country, with construction permits acquired for two more, and it also operates four stores with 3 service centers. A new location in Liezen would really bridge the gap in Supercharger coverage in the country. Here’s the map via Supercharge.info: 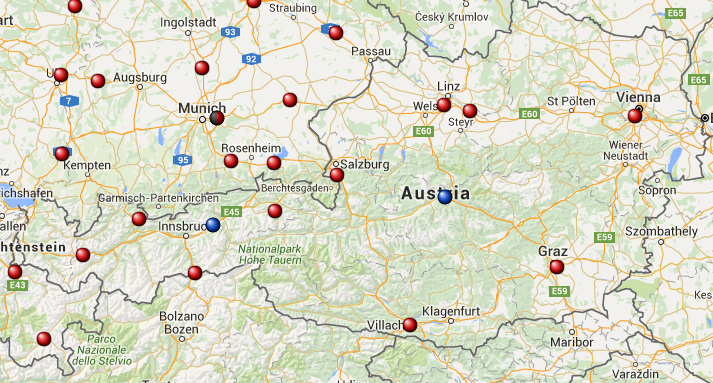 Featured image: Tesla in Balkans by Digjitale via Medium