The Maserati dealership of Kirkland marketed a page listing several comparisons between its vehicles and competing models. One of the top comparisons was of a Maserati Ghibli versus a Tesla Model S and the organisation had to take it down yesterday after Tesla fans claimed the automaker was lying about the performance of the vehicles in order to paint the Ghibli in a better light.

The Tesla Motors subreddit is by far my favorite Reddit community, but while it creates fascinating discussions, Tesla fans can sometimes get overzealous and I think this situation is a good example.

Over the weekend, a user posted Maserati Kirkland’s comparison of the Model S with the Ghibli claiming that the dealership was plainly “lying” about the performance of the Tesla Model S, but things are a little more complicated than that.

Here’s a screenshot of the page which has since been taken down: 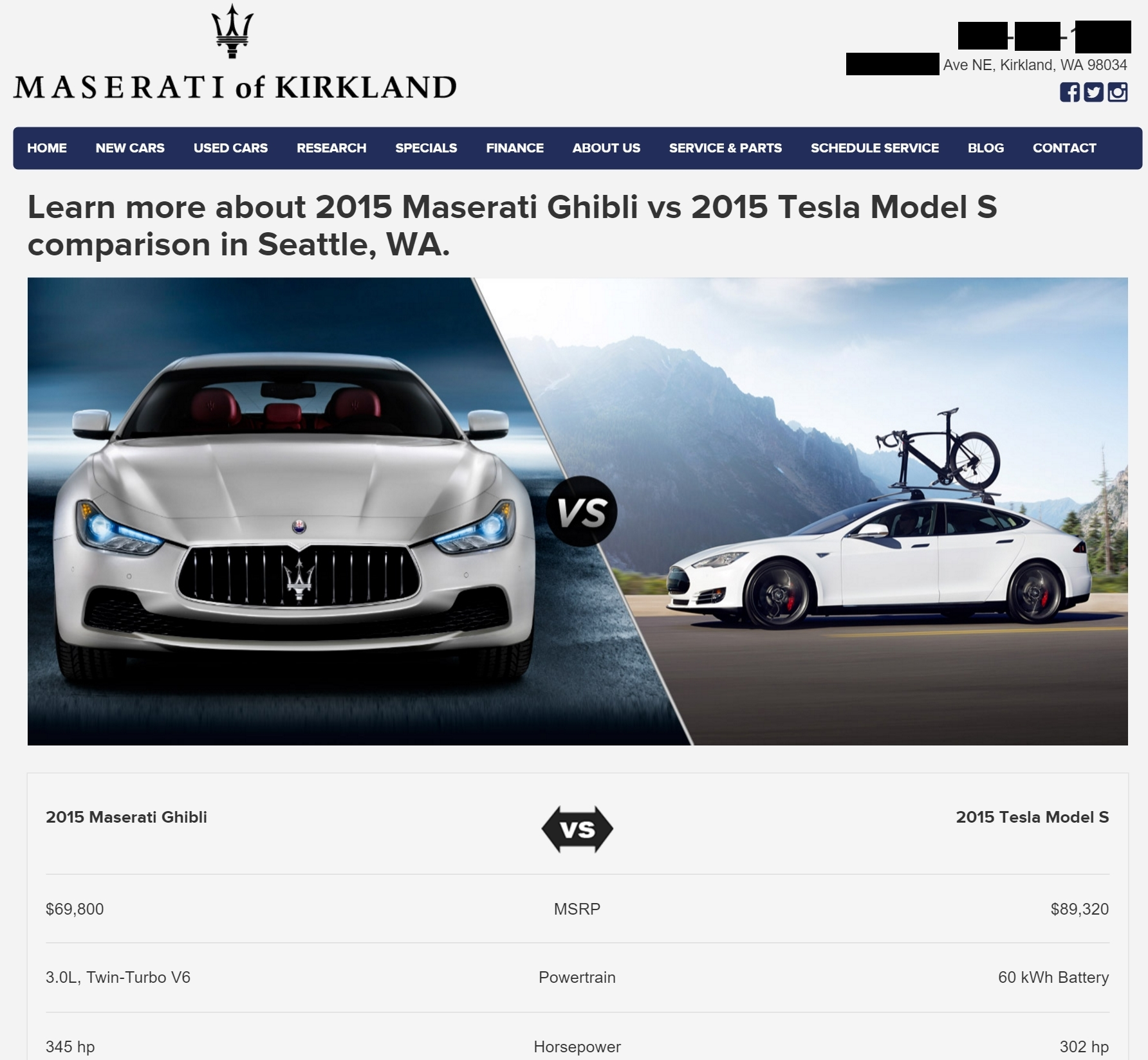 Tesla fans had a particular problem with the Maserati Kirkland dealership’s listing of the Model S 60’s MSRP, which is understandable since they claimed it is $89,320, while the current price is listed at $66,000.

While it’s understandable how this could be construed as misleading, it is not necessarily “lying” per se. As it was pointed out it the thread, the price is for a 2015 Tesla Model S 60, which is not the same as the recently introduced Model S 60 with a software-limited 75 kWh battery pack.

The original Model S 60, which was discontinued in April 2015, had a starting price of $70,000 – similar to the Ghibli. With options, you could bring it up to $89,320. It’s not a great practice to compare models with fully loaded options, but Maserati could consider the car to need to be fully loaded in order to compare with the Ghibli. It’s up for debate.

The other features listed also had fans riled up, but the problems with those were just simple misunderstandings. Like the 302 hp for example, again Maserati lists the 2015 Model S 60, not the current version of the car which has a 315 hp power output, but the 2015 version which was indeed listed at 302 hp. The same problem with acceleration and so on. The comparison was mostly accurate for 2015 versions of each models.