Beautiful shots of the Tesla Model 3 prototype, facelift Model S and the Model X at the Gigafactory [Gallery & Video] 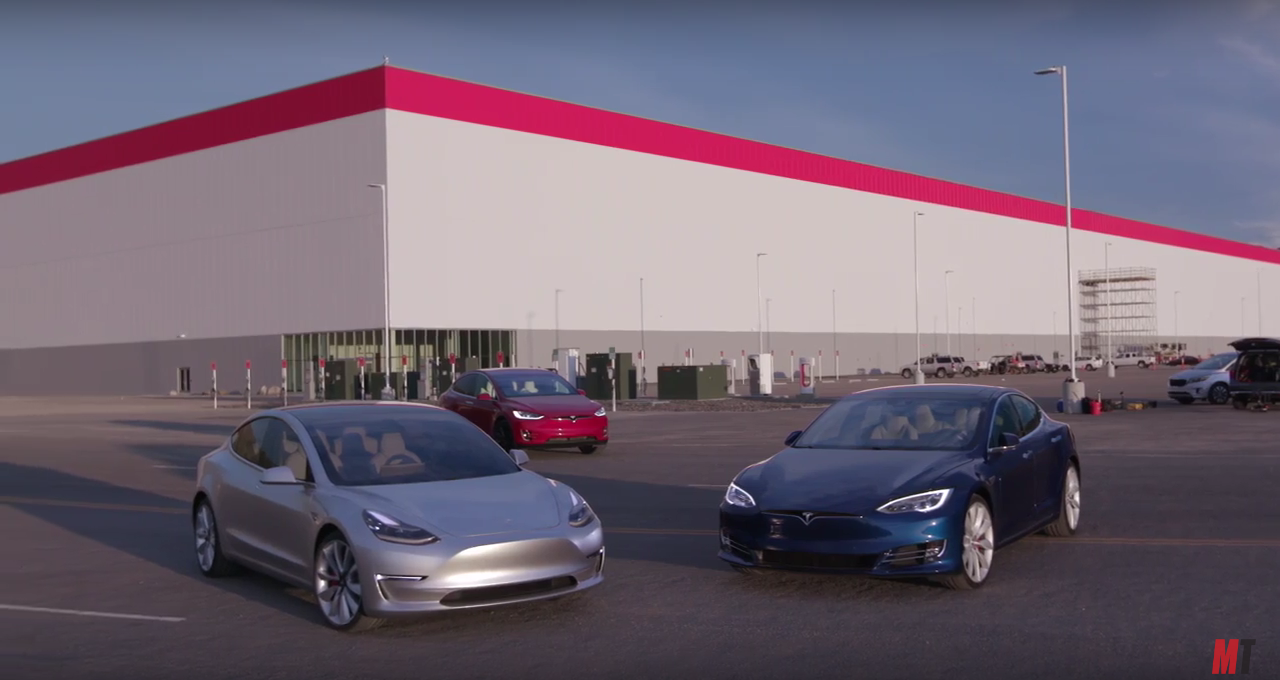 We talked about MotorTrend scoring the first media photoshoot of the Model 3 prototype a few times now since they have been teasing it on their social media, but now it’s not just excerpts from Facebook or Snapchat. The publications released a complete video with beautiful shots of the Model 3, and as a bonus, the new facelift Model S and the Model X were also at the Gigafactory to complete Tesla’s S3X lineup.

Tesla apparently didn’t release more information to MotorTrend for the occasion, but it is still an interesting video for the beautiful shots alone.

It was also the first time we got to see the facelift Model S, the Model X and the Model 3 prototype together.

The publication also installed a baby seat on the Model 3’s backseat to make sure it fits. It wasn’t a problem to fit and the baby didn’t seem to mind being the first, or one of the very first, baby to sit in a Model 3.

We gathered some of the best screenshots from the video which you can see in full further down (all via MotorTrend):