The smallest order you can place for the stationary energy storage system is for 2 Powerpacks costing $47,000 each or $470/kWh.

The system also includes a $65,000 Bi-Directional 250 kW Inverter as well as the cabling and site support hardware for $3,000. Without installation, the cheapest Powerpack system you can buy costs a total $162,000 for 200 kWh of energy and 100 kW of peak power.

You can build up the system and configure it with your necessary power output and energy storage of up to 54 Powerpacks (5.4 MWh) and 10 Bi-Directional inverters (2.5 MW) for $3.2 million excluding installation.

If you want an even bigger system (you are probably a utility or building a giant off-grid James Bond villain lair), you can contact Tesla to request a quote.

For the first time, Tesla also released details of some of its grid interface products for the Powerpack: 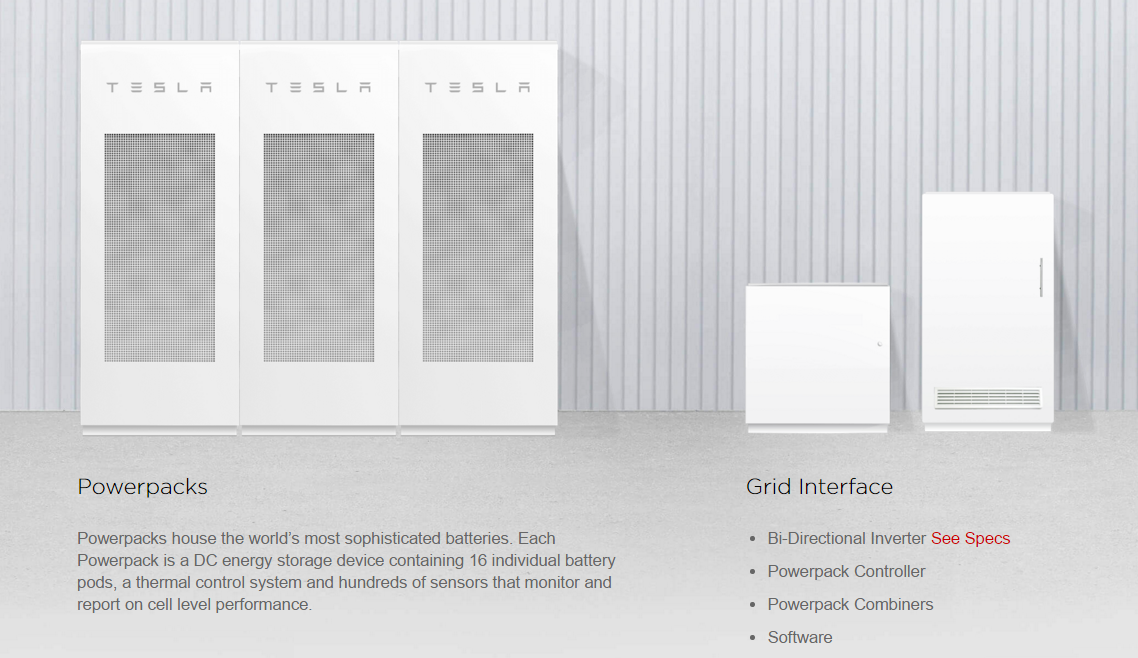 The company is advertising the system as being useful for several different applications from demand response to peak shaving or even for microgrid installations and utility-scale grid integration.

Tesla even shared a few “customer testimonies” from its early commercial Powerpack clients. Jackson Family Wines installed 24 Powerpacks and had this to say:

“With Tesla Energy, we have taken a two-fold approach to energy management at our wineries by improving operational efficiency across all levels of our organization and reinvesting those savings in onsite renewable energy systems.”

Target and Advanced Microgrid Solutions also shared a few words about their experience with Tesla Energy. You can visit the new page for more information.