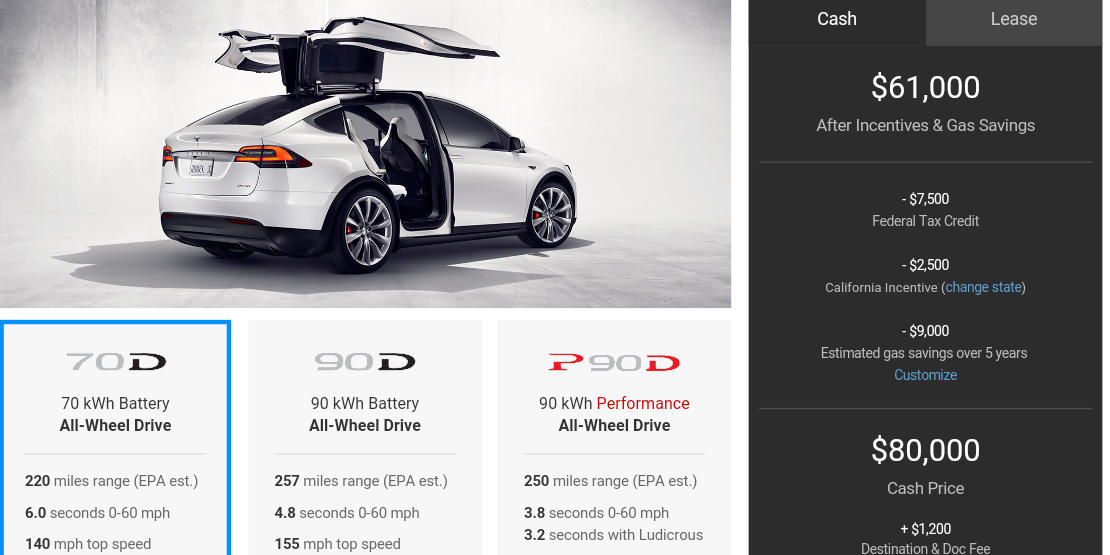 Last week we reported on Tesla announcing that it will open Model X orders online and in-store in “a couple of weeks”. Now we learn through a deleted tweet from CEO Elon Musk that it could start as soon as tomorrow.

In the same tweet, Musk also made a peculiar comment about the price of the Model X.

Musk made the announcement Friday night before quickly removing the tweet. The CEO also shared Dan Neil’s review of the Model X and commented on the price:

Considering the base Model X without any option starts at $80,000, it’s not clear how Musk was configuring the vehicle, but he might have taken into account federal tax credit or gas savings. 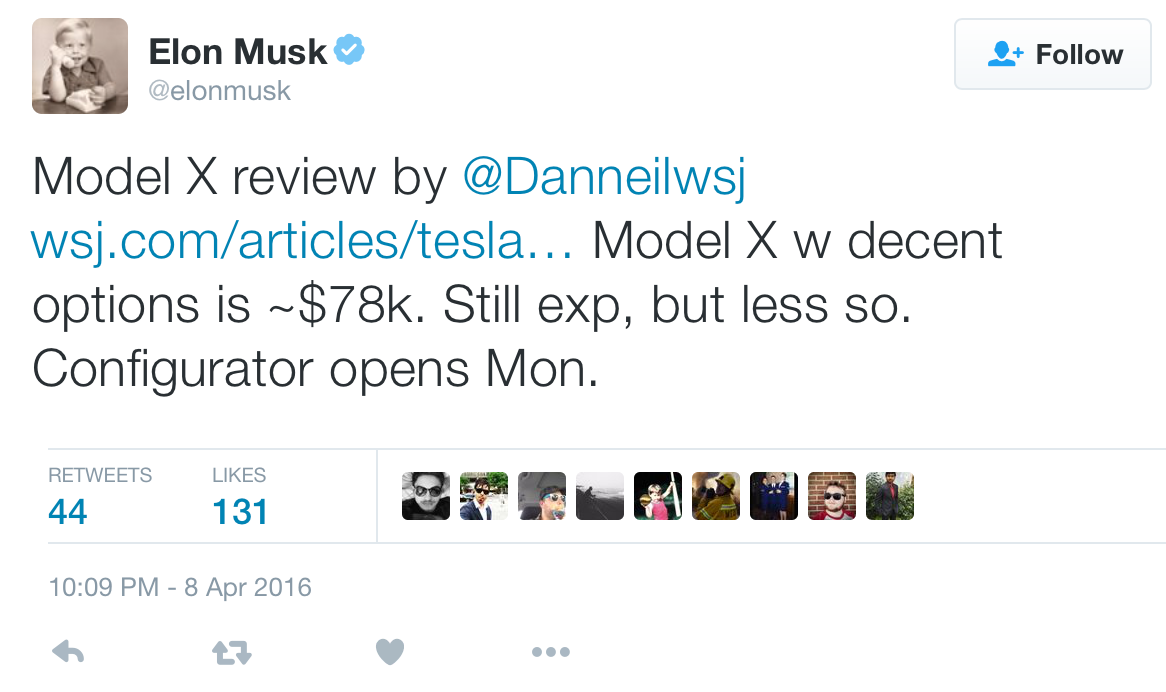 As of now, the Model X online design studio is only available for reservation holders. Last week, Tesla started contacting reservation holders who have yet to turn their reservation into an order to encourage them to configure their vehicle now the company has ramped up Model X production to 750 units per week.

If they don’t, they will lose their reservation priority as new customers will be able to place their orders. Some showroom units have also been spotted at a select few stores, which should generate some demand.

Tesla is currently only delivering its all-electric SUV in the US, but it opened orders to reservation holders in Europe and Asia. By the time it launched the vehicle last year, Tesla had an estimated 30,000 reservations for the Model X.