Tesla today began a wider rollout of its 7kWh Powerwall product for customers who are also Tesla vehicle owners across the US. Tesla Energy quietly cancelled the 10kWh Powerwall option with limited cycles we found out today because the “economics didn’t work” just months after it was announced. The 7kWh battery is obviously a lower capacity but it optimized for daily usage cycles which may not be optimal for those looking for a backup solution rather than an off grid application…

After much delay, this week Powerwall representatives from Tesla began contacting owners who met certain criteria including early Powerwall reservations, solar already installed and already being current Tesla vehicle customers.  The $3000 Powerwalls will come standard with SolarEdge USS-SE7600A(PDF) Single Phase Inverters which retail for $1500 and up. Solar customers who have SolarEdge 7600 series inverters will be eligible for a firmware update from SolarEdge, though it isn’t clear when those will be made available.

SolarEdge Inverters are preferred by outfits such as Solar City, which of course Tesla CEO Elon Musk co-founded and is the Chairman of the Board.

Reasons for the delay in implementation have been cited as difficulty getting SolarEdge’s products working with Tesla’s rigid specs and tuning to get the technology to where its capabilities matched Tesla’s promises.

Powerwalls will begin shipping in late May in the US for installations beginning in June. Many customers are opting for 2 or 3 Powerwalls which can be installed in series up to 9 at a time – at which point it might start making sense to look into a 100kWh PowerPack.

The moves comes at an interesting time as the company is expected to have a V2 of the Powerwall ready for late summer. 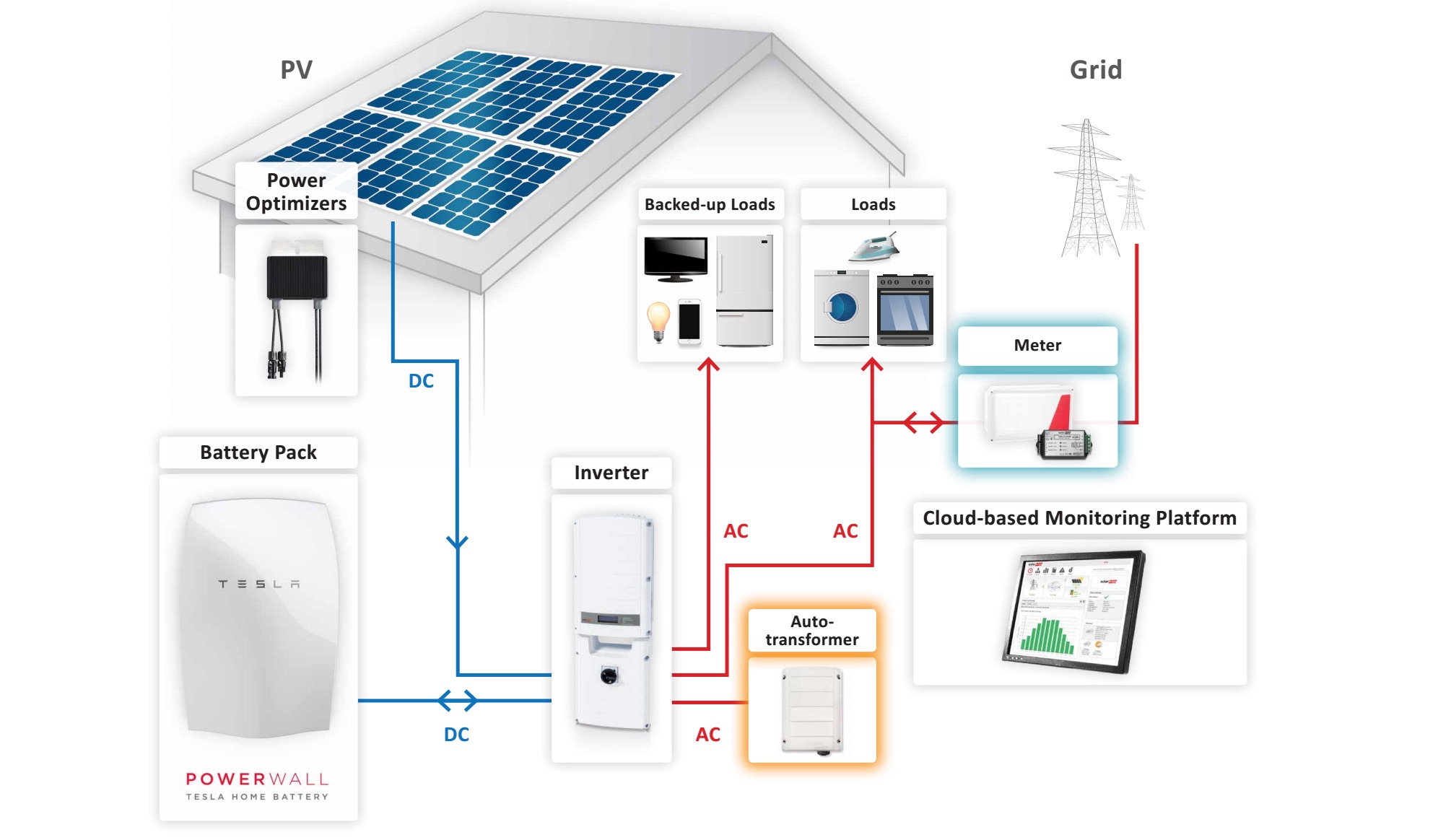 SolarEdge diagram for its Inverters and Tesla’s Powerwall

We reported on several new Tesla Energy projects worldwide in the past few months. The first Tesla Powerwall for residential use in Australia has reportedly been installed in a Sydney suburb last month, and Sprig Electric recently released the details of its energy storage project with 5 Tesla Powerpacks. More Powerwall coverage: