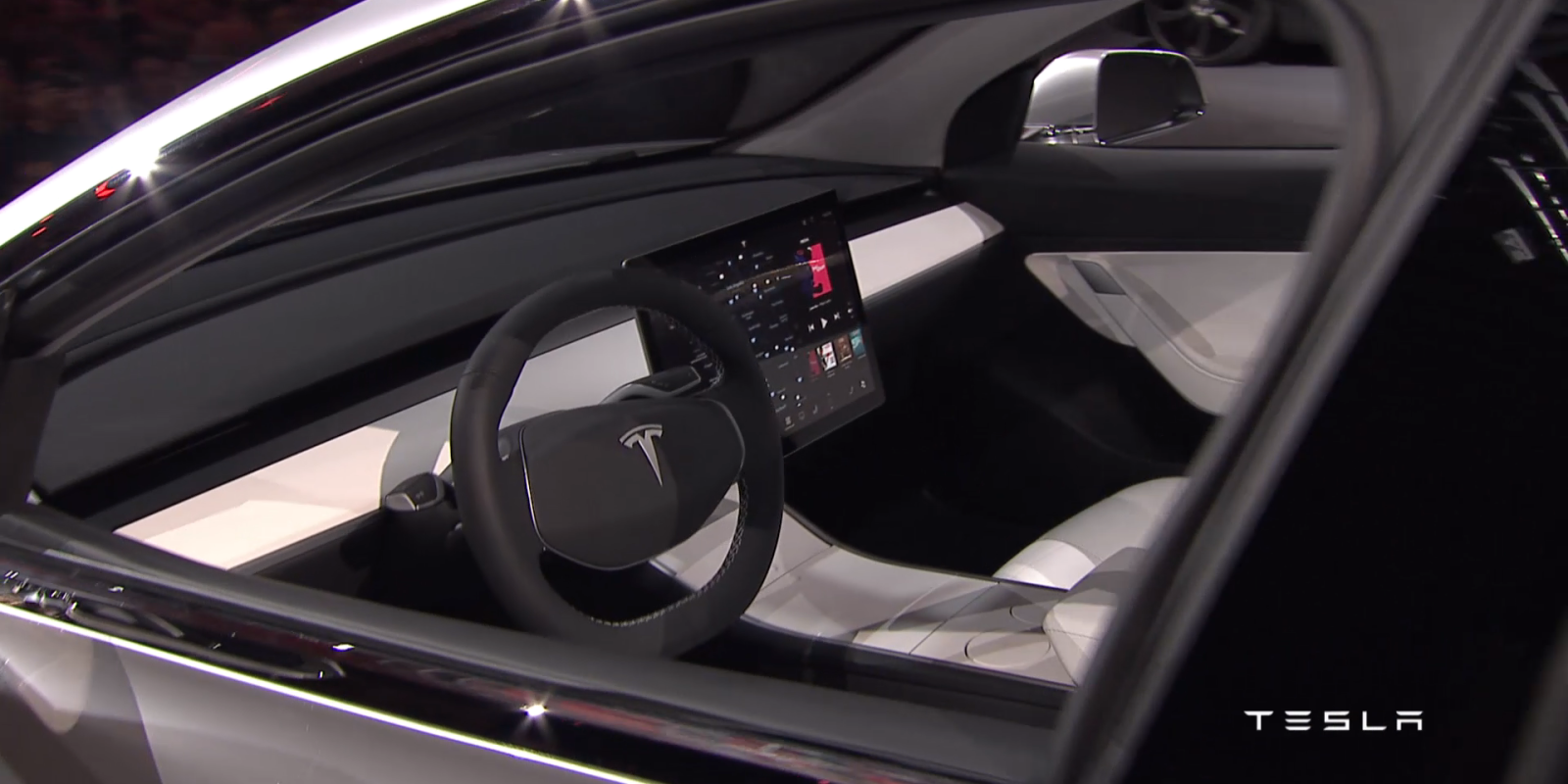 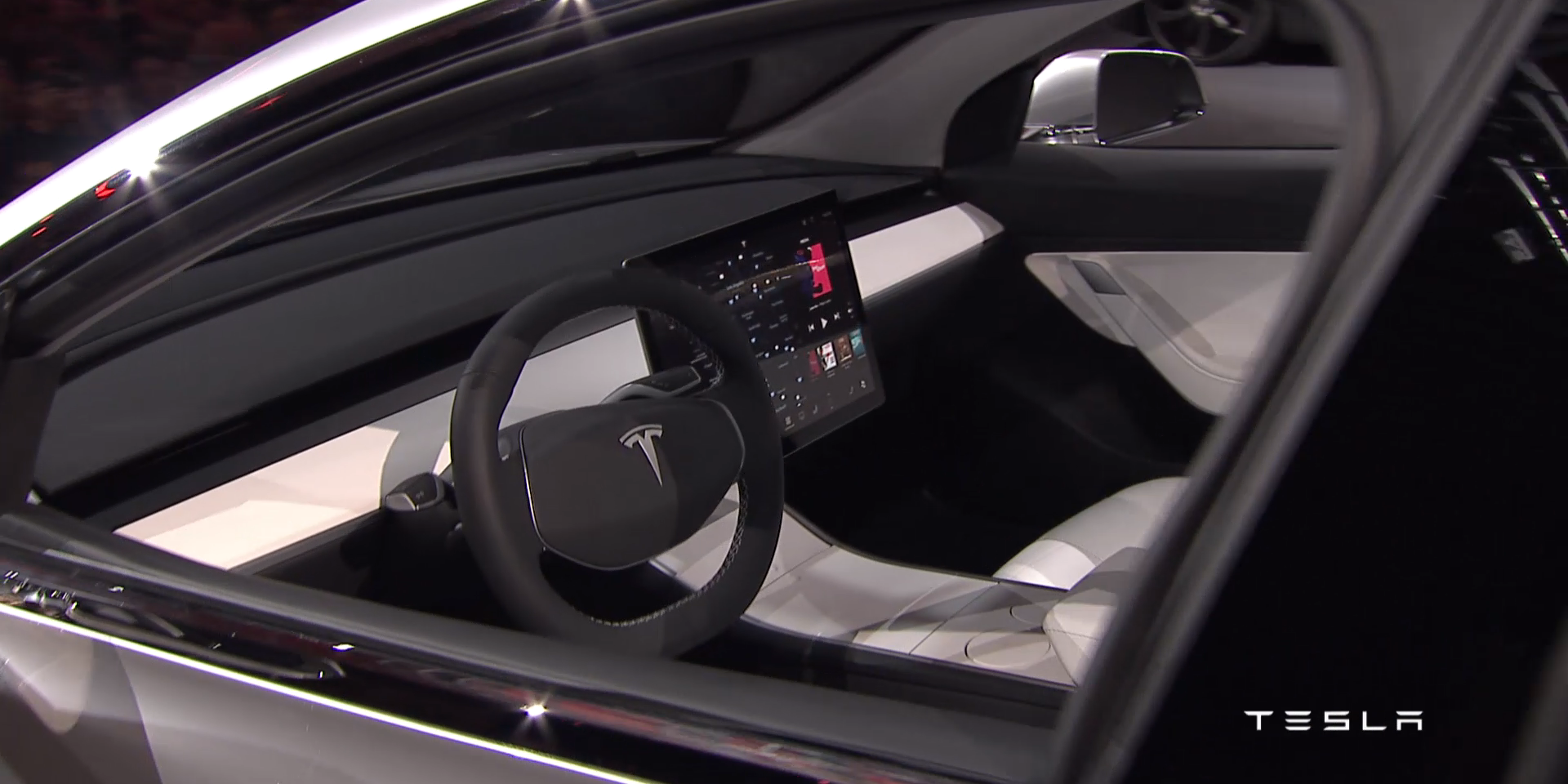 We reported on the possibility that the lack of instrument cluster could simply not make it to production, but in a video of a test drive at the event posted today, a Tesla representative refers to the Model 3 prototype as an “engineering validation car” and saying that the feature should make it to production.

The video was taken by Casey Spencer, a Model S owner who set a new record for the longest distance traveled on a single charge in a Model S last year. He “hypermiled” his car to 550.3 miles in 26 hours.

During his test ride in the Model 3 on Thursday, Spencer asked a Tesla representative:

“Do you think that the fact there’s no instrument cluster will make it to the production model?”

“Yes. This is not a show car. This is an engineering prototype. This is our first engineering validation car that we are working on. We are getting accustomed with it and we really want to make it production representative,”

You can watch the full video below.

Another representative said that the center display was made with assisted and autonomous driving in mind, and for being used by both the driver and passenger.

Tesla CEO Elon Musk said that “some important elements will be added and some will evolve.”

A HUD (heads-up display) could be on of the “important elements” that will be added and would explain why there’s no instrument cluster.

Elon Musk also said that he expects Tesla’s fully autonomous driving technology to be ready by the time the Model 3 is set to enter production, which could be another explanation for the car’s interior.

You can read our post summarizing everything new we learned at the Model 3 event here.