A new video with multiple angles and new pictures of the Google’s self-driving car hitting a bus last week and its aftermath have been released today. The accident is believed to be the first where Google’s system could be found at fault.

To be fair to Google’s self-driving effort, it is still impressive that after more than 1.4 million miles driven in autonomous mode, it is the first instance of an accident presumably caused by the technology.

In the newly released video filmed with the transit bus’ dashcam, we can clearly see the Google SDC trying to merge in the lane to its left while the bus is just a few dozen feet behind at cruising speed. The bus driver, who apparently might have been eating while driving, tried to maneuver away from the car, but couldn’t do much without risking causing an even bigger accident. 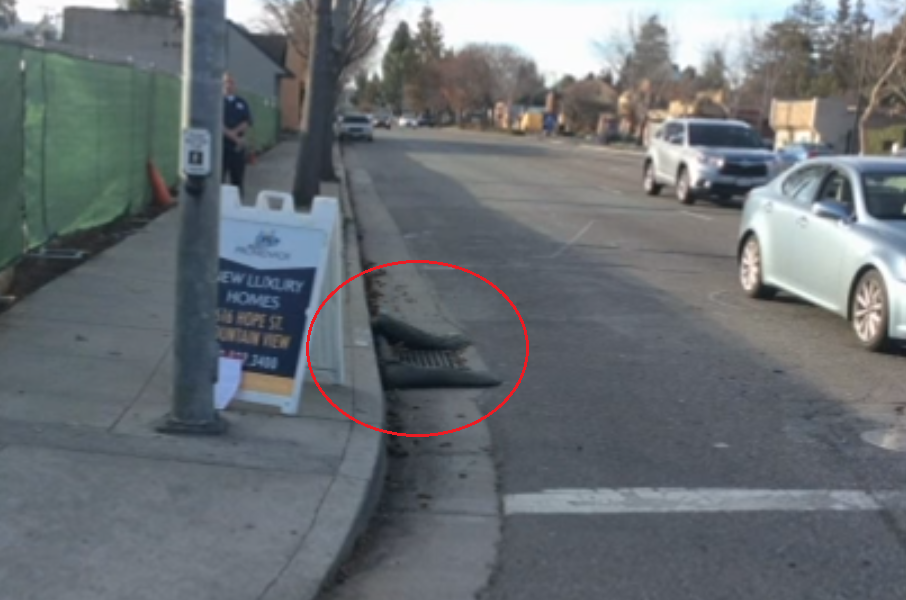 When we first reported on the accident, the DMV report suggested that the Google car stopped in the middle of the lane because of sandbags blocking the road, which was odd and not visible from the first pictures of the aftermath:

As the car approached a stop light to turn right on red in the far-right lane on El Mamino Real in Mountain View, it “moved to the right-hand side of the lane” to pass traffic that was in the same lane but proceeding straight. Unfortunately, the car had to come to a stop to go around sandbags that were blocking its path. While fault is not specifically mentioned in the report, the Lexus model (as opposed to its smaller, cuter sibling) autonomous vehicle “made contact with the side of the bus”  causing body damage to the car’s front-left fender and front-left wheel.

Now we have a better look at the obstruction – see picture on the right.