Tesla quietly discontinued the Model S’ 85 kWh battery pack earlier this year and now enthusiasts are anxious to know what the automaker’s next battery upgrade will be .

The company already offers the battery packs with the most energy capacity of any other electric cars on the market, but there’s always room to improve and a cryptic message sent to Elon Musk in the middle of the night last night could give us our best clue to what will be the next improvement to the higher-end version of the Model S.

Earlier this morning, a reader pointed me to a tweet from notorious Model S hacker Jason Hughes.

Hughes is best known among the Tesla community for salvaging two Tesla Model S battery packs in order to create a massive energy storage system for his off-grid residential solar installation even before Tesla introduced its own line of stationary energy storage products.

For one of his latest project, he has been hacking the operating system of a salvaged Model S. He posts tidbit of information he finds out about Tesla and the car on a prolific thread on the Tesla Motors Club (TMC) forums, but this latest information, he decided not to share on TMC and instead sent this tweet to Tesla CEO Elon Musk:

I’m not too knowledgeable in cryptographic hash functions myself, but knowing it was coming from Hughes, I had a feeling it would be interesting, and I wasn’t disappointed.

It didn’t take long for TMC members through trials and errors on a hash cracker to find that the decoded value of the original hash string is “P100D”. 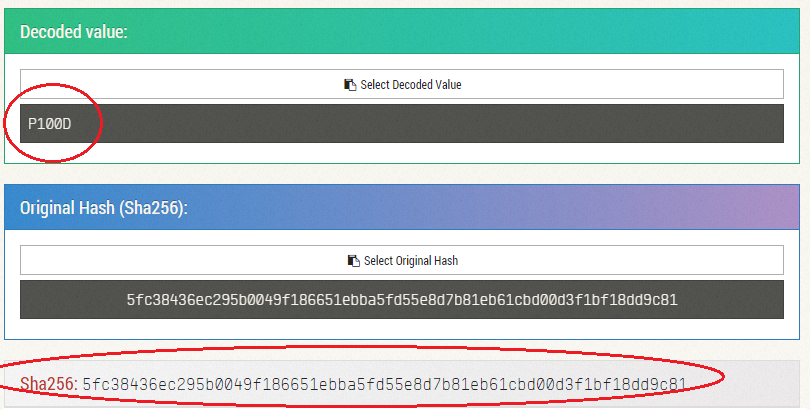 It appears that Hughes is hinting that through his hacking of the Model S, he found out that Tesla is working on a 100 kWh battery pack for its performance dual motor Model S.

Update: Hughes commented on his find:

“There have been references to the P100D in firmwares as early as 2 months ago. They finally added the badges to 2.13.77.”

If they already have the badge, they must be getting close to release.

It would be a significant 11% increase in capacity from the 90 kWh pack introduced by Tesla last year and more than the traditional 8% increase in battery capacity Tesla has been witnessing across the industry every year.

We can’t really translate the increase capacity to range on a full charge without knowing if it is due to energy density improvements or simply being able to add more cells, but the current Model 90D can travel 288 miles on the single charge, while the performance version can reach 270 miles.

If Tesla indeed plans a P100D, it’s not too difficult to imagine them releasing a 100D version also, which could potentially achieve an EPA-rated range of over 300 miles. Presumably, the option would also be available for the Model X, which is currently offered in 70D, 90D and P90D.