Tesla signs a lease for a 40,000 sq-ft showroom and service center in Brooklyn, NY

According to a report from New York real estate news site The Real Deal, a Tesla store will be the anchor for a new office conversion in Red Hook, New York City. Sources for the site say that the Palo Alto company signed a lease for a new space of roughly 40,000 square feet that will serve as an office, a service center, and a showroom for the company’s many EV offerings…

The LIVWRK-owned property itself, specifically at 160 Van Brunt St. (a location that was formerly occupied by the Golten Marine Terminal), is 98,6500 square feet in total, and you can read a little about the project on the real estate company’s website. The building will be 3-stories, have an accessible private roofdeck, and will bring “renovated lobbies” to “the most noticeable building at the entrance to the most vibrant corridor in Red Hook.” What LIVWRK obviously neglects to mention is that Tesla will have the anchor store for this renovation, which will occupy almost half of the building’s square footage.

The image above shows the most recent imagery from Google Maps Street View, but you can see renders of what the building is set to look like below:

As mentioned, this service center/store is expected to be somewhere in the realm of 40,000 square feet, which is quite large compared to Tesla’s other locations. Tesla’s largest location in North America is in Montreal, Canada, and spans 45,000 square feet, only slightly more than this location in Brooklyn (the automaker operates a few bigger locations in Europe and Asia). Watch the below video to get a glimpse at how large the Montreal store is:

Notably, this showroom would be Tesla’s sixth store in New York, bringing it past the limit of five stores set by state’s direct sales law. The lease for Tesla’s current showroom at 511 West 25th Street in Chelsea expires in July, however, so this could perhaps be its replacement.  Elon Musk did mention on the company’s last conference call that Tesla is looking for another location in Manhattan. The CEO added that you need to be Sherlock Holmes to find the current showroom, implying that it’s not a prime location. If a new location did reappear in Manhattan sometime in the next couple of years, it’s possible that it could be just for advertising to foot traffic, while the large Brooklyn location could serve primarily as a service center. 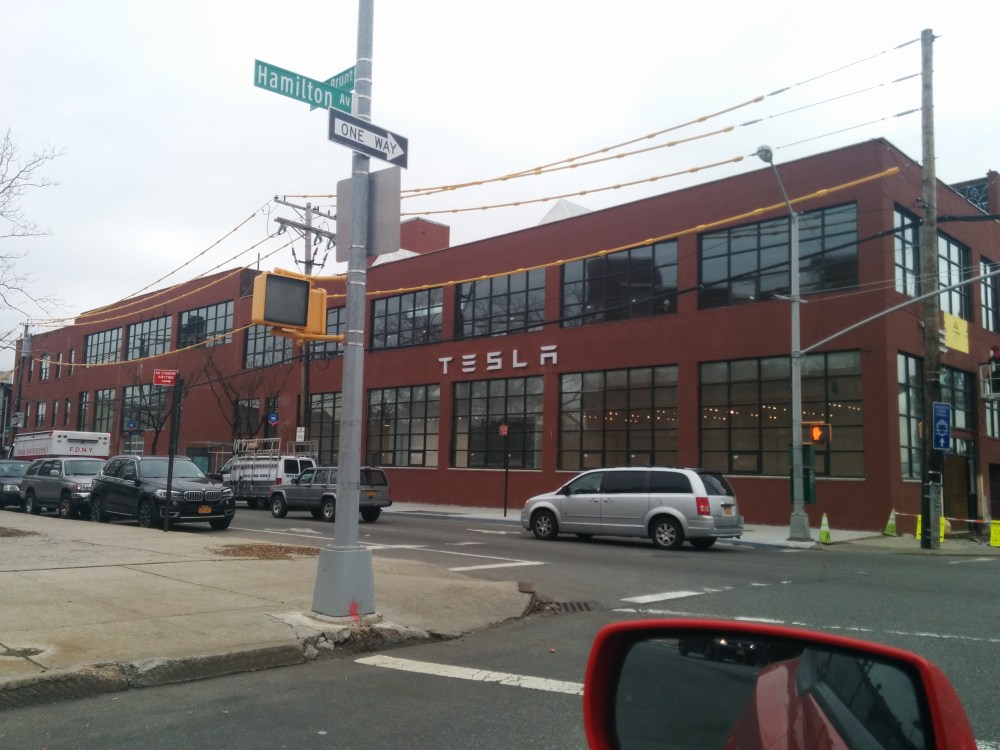