Tesla confirmed achieving a 238 units per week production rate for the Model X during the last week of December. The company produced just over 500 Model X’s in 2015, which represents about half of the ~1,000 US reservation backlog of limited-edition ‘Signature Model X’.

About 1,000 buyers each placed a $40,000 deposit to reserve a limited-edition Signature Model X in the US and have priority for delivery. Hundreds around the world did the same, but Tesla needs to wait for homologation in different countries before allocating its production for oversea deliveries, even if the Signature reservation holders have priority.

The bulk of Tesla’s reservation backlog for the Model X in the US, over 22,000 according to a tally, consists of regular production version Model X’s. These reservations required a $5,000 deposit.

A Tesla Motors Club user posted yesterday that Tesla confirmed his car entered production this week. The user ordered a Model X P90D, which is the high-end version of the car and gets priority for delivery over less expensive versions.

Now that Tesla reportedly started production of the non-Signature Model X, it could take months for Tesla to go through its backlog of reservations, even if just half of the reservation holders turn their reservations into orders.

On its online design studio, Tesla says deliveries for the P90D begin in early 2016, while someone ordering a 70D in the US today will not see it delivered until mid to late 2016: 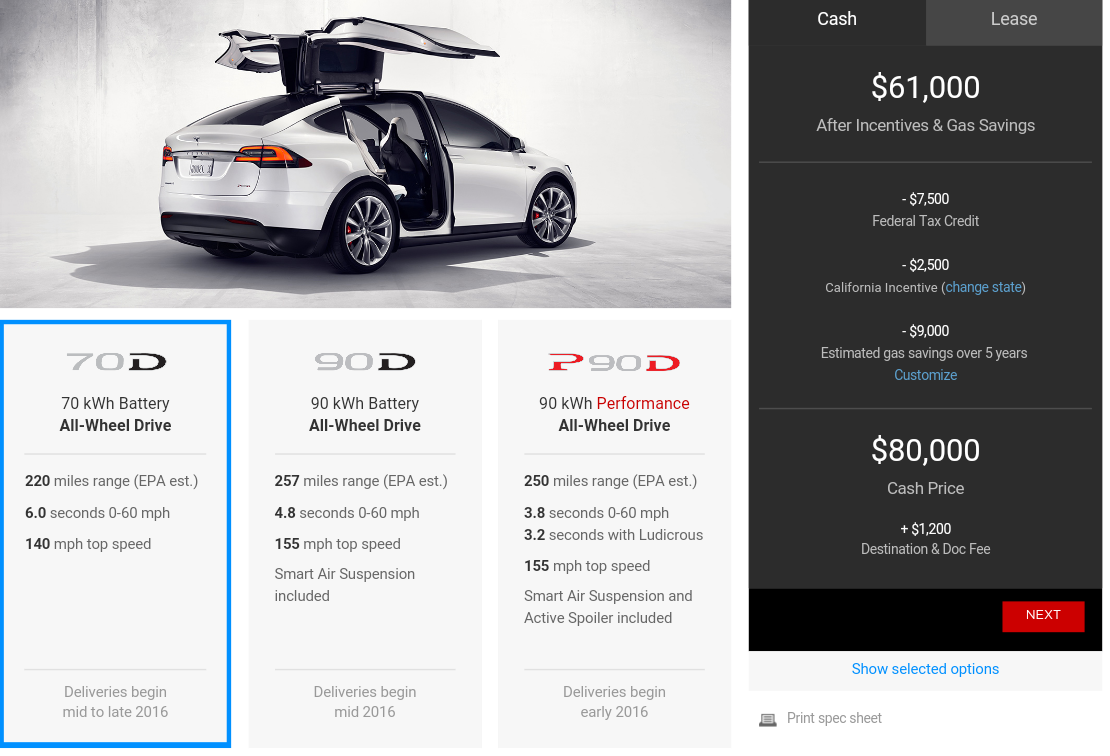