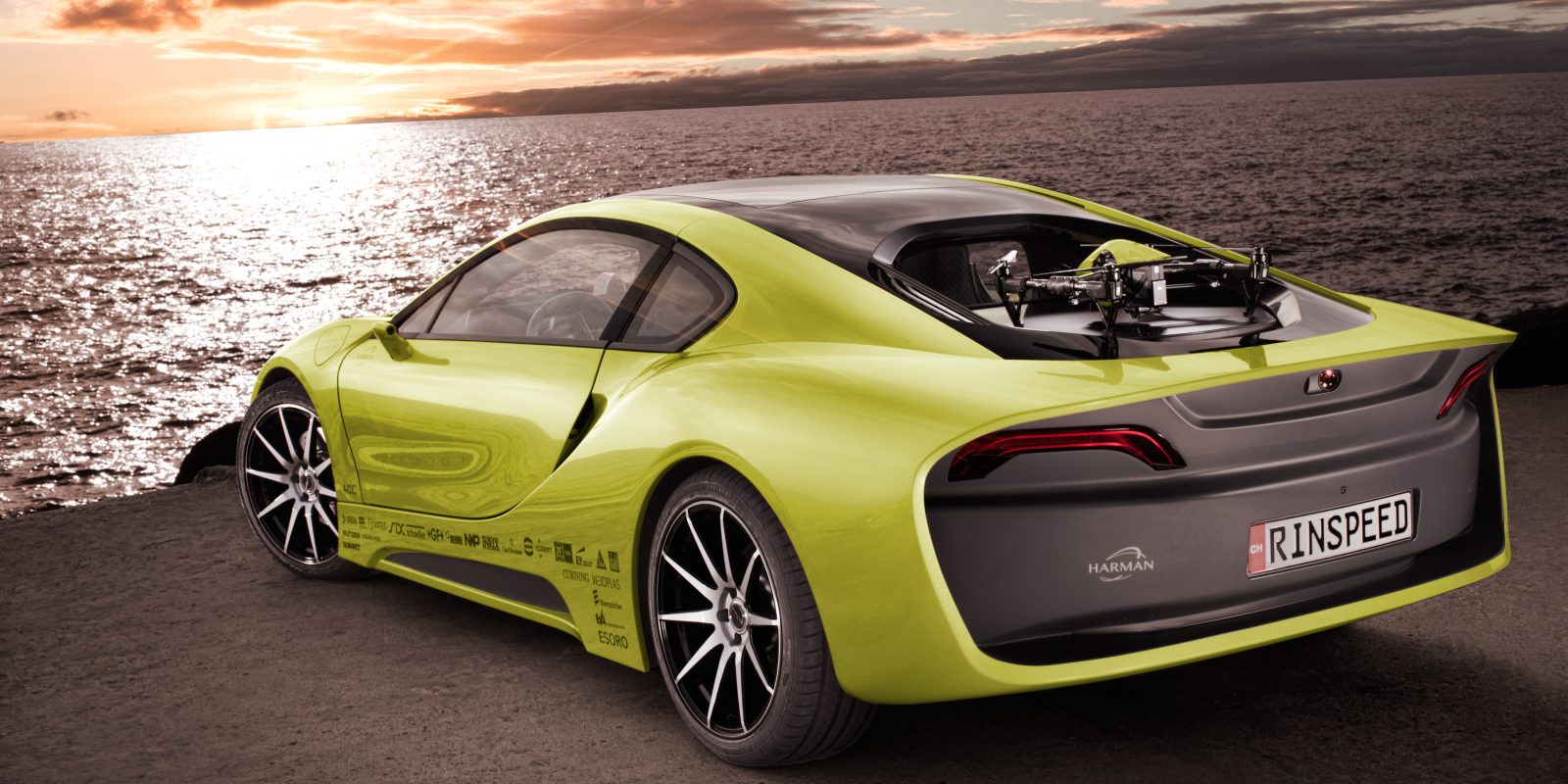 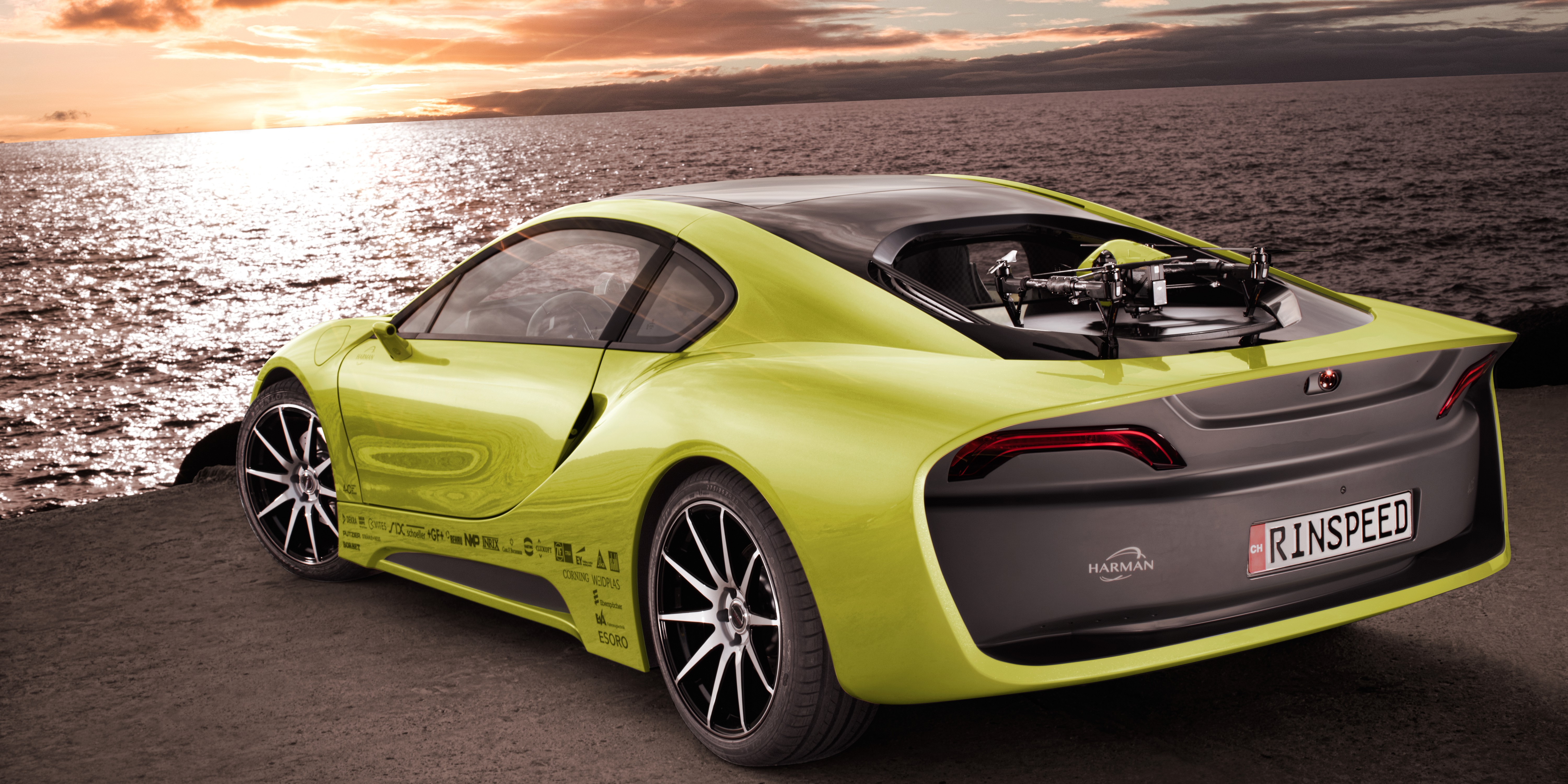 Rinspeed announced that it will debut a plug-in hybrid sport car at CES next month. The company says the car, called “Ʃtos”, is based on the BMW i8 and comes with drone.

Rinspeed says that it will have autonomous features and be equipped with a DJI drone, which seems to sit on top of the trunk. It’s not clear why these two vehicles would need to be combined together, but in a press release, the company describes “very useful services” the drone can provide:

“For example, it can quickly pick up a bouquet of flowers for the significant other ordered on the way home. And the little flyer is a lot of fun when it acts like a UFO, shooting a selfie of the ride in the “Ʃtos” on your local favorite route and streaming it live to friends.”

The company seems to be pushing a lot of tech in the vehicle, including not one, but two curved 21.5-inch Ultra HD widescreen monitors.

Rinspeed is piggybacking on Harman’s event at CES to unveil the prototype, but in the meantime, here are a few renderings the company released: