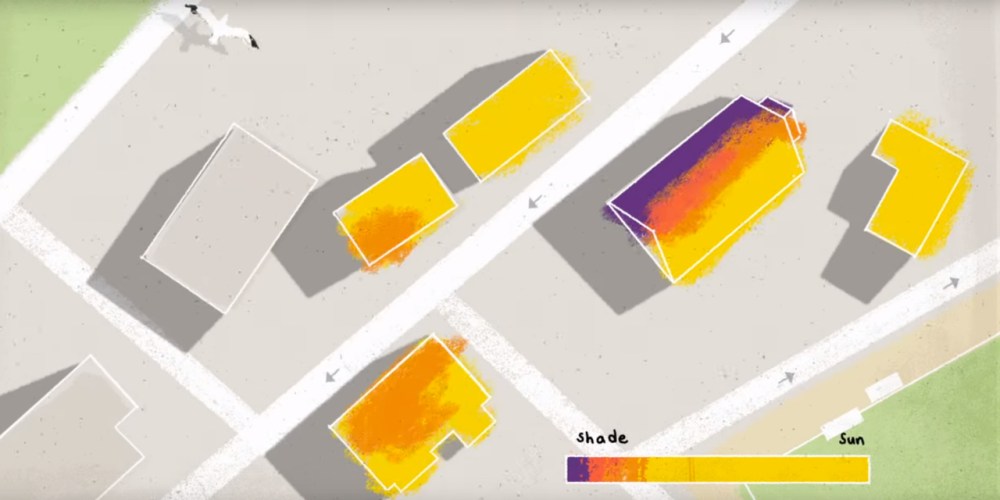 Just as the Climate-focussed COP21 conference in Paris is drawing to a close, Google has expanded its Project Sunroof tool to cover more metro areas across the US. If you’re thinking of installing solar panels on your home roof, you can now check Project Sunroof in a number of metro areas in California, Massachusetts, Arizona, New York, New Jersey, Nevada, Connecticut, Colorado and North Carolina. Although no specific cities have been mentioned in the announcement, it’s safe to assume that any major cities in those states should now be covered…

Project Sunroof was launched earlier this year, and was developed as a tool to help see how much sunlight your roof gets. It assesses all kinds of criteria — like house orientation, shade from nearby trees/buildings and local weather patterns — to produce a solar score for every rooftop that it maps.

Using this score, you can better weigh up what you pay on average for electricity now, and see whether or not switching to solar makes sense in your property. That way, you’re not blindly spending money on going green when it has no benefit. Likewise, you may have never considered it because you had no idea your property is a good fit, and discover that it is.

Google notes that solar installations in the US are growing at a fast pace, in fact, one system is installed every 2.5 minutes in the States. By the end of next year, solar installations are predicted to double. Despite that, there’s still a huge amount of potential in the market. Only half a percent of the US’ electricity comes from solar power. To check for yourself if your house/roof would be good for a solar installation, head on over to the Project Sunroof coverage page and enter your address.

Google has made no secret of its support for climate change causes. Just as the COP21 conference kicked off, it updated its Street View maps with 360-degree tours of affected areas. They included parts of the Arctic Circle where ice was melting away, leaving polar bears struggling to make their annual journeys. Likewise, they also showed some of California’s rare Blue Oaks which are in danger of extinction due to the changing weather conditions.