We recently reported on Tesla starting to push new Autopilot restrictions to some Model S owners last Sunday – about a month after Tesla CEO Elon Musk warned of upcoming constraints to limit some potentially dangerous use of the Autopilot as seen in videos posted online.

The Model S owners reporting on forums having received the update with new Autopilot restrictions have quickly removed their posts. We now learn through sources with knowledge of matter that Tesla started testing the new version 7.1 of its software with a select group of Model S owners this week.

The v7.1 user interface allows the driver to visualize on the dashboard the vehicles detected by the Autopilot on each lane and not only on the one the Model S is driving. The vehicle animations now include trucks and motorcycles instead of just cars.

Tesla introduced ‘Autopark’ in its v7.0 update in October, but the wide release of the feature currently requires the driver to be in the car and only works for parallel parking. In the beta v7.1, the company added the ability to use Autopark in parking spaces perpendicular to the curb, but under the current version being tested, the driver still need to be in the front seat.

No Model S driving itself in the garage … yet.

Update: v7.1 beta also includes a new feature to open your garage door automatically via HomeLink, which could be a precursor to summoning the car/Autopark from outside the vehicle feature. 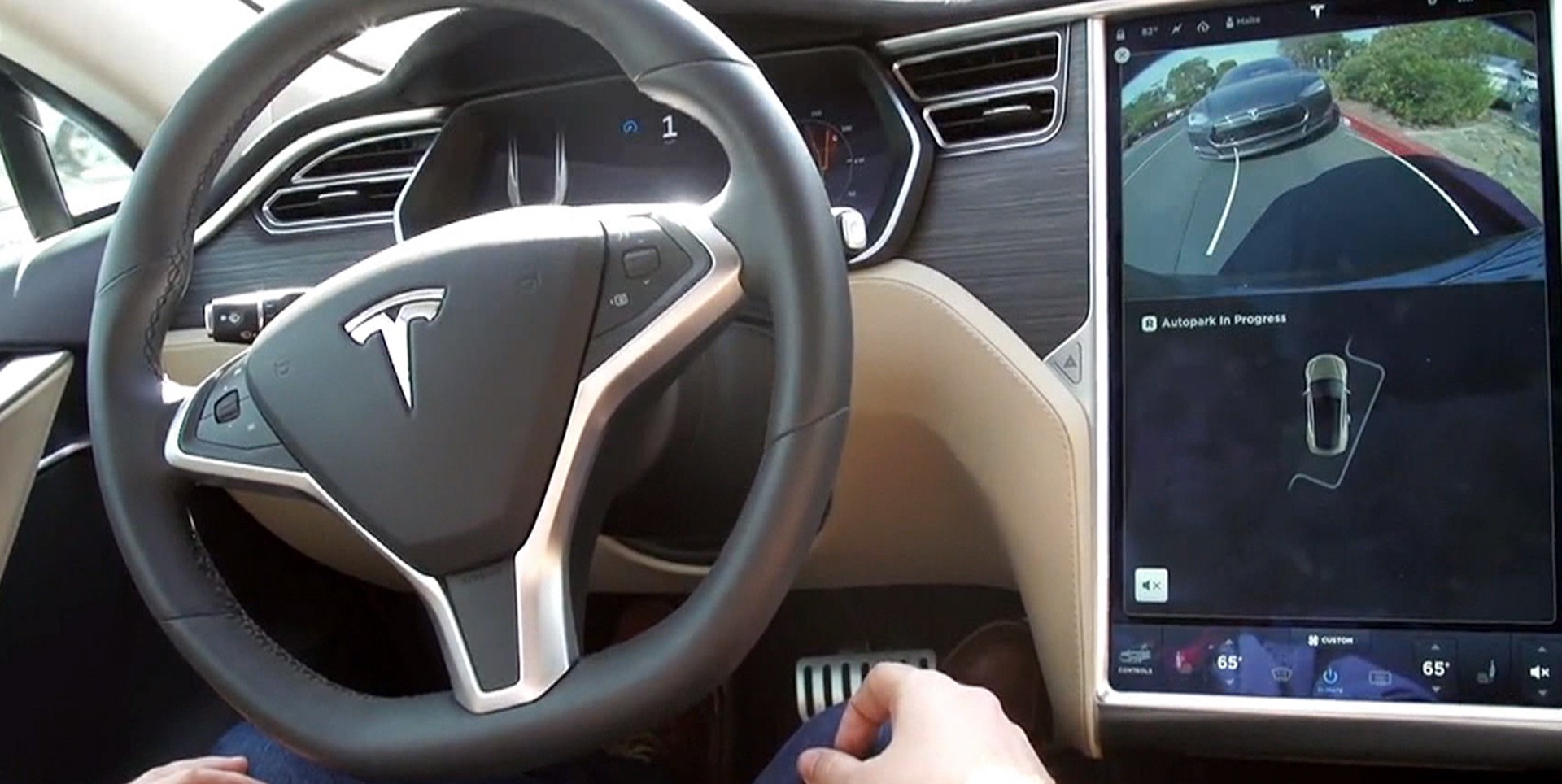 As Musk warned during the conference call to discuss the company’s third quarter financial results, the company decided to implement more constraints after watching some “fairly crazy” videos on Youtube of Model S owners pushing the limits of the system:

But I do want to emphasize, we discouraged – there’s been some fairly crazy videos on YouTube, we are – this is not good. And we will be putting some additional constraints on when Autopilot can be activated to minimize the possibility of people doing crazy things with it.

It will now be more difficult to activate the ‘Autosteer’ feature on roads without central lane dividers or in residential areas.

In beta v7.1, Tesla is also introducing a new ‘Driver Mode’ to be activated when only a driver is using the vehicle, which lets only the driver side door handle to automatically extend when approaching the vehicle.

We don’t know when Tesla plans to release v7.1, but the previous beta update was first released to early testers in mid-August and the wide release happened in mid-October. The wait should presumably be shorter for v7.1 since the new update features significantly fewer changes than v7.0.

If you want more Tesla Motors and electric vehicle news, make sure to follow us on Twitter, Facebookor Google+ to get our latest articles.

Featured image: Supplier hints at next generation Autopilot hardware for Tesla as soon as this year