Elon Musk: “We designed civilization to be super sensitive to climate change”

On the margins of the UN conference on climate change in Paris, Elon Musk was at the Pantheon-Sorbonne University yesterday for a talk about what can be done to curb CO2 emissions, which he followed with a Q&A with students.

The main point Musk was trying to make during the talk was that the fundamental problem with carbon emission is that companies are currently incentivized to use fossil fuels rather than sustainable energy. He argued that to end the incentives, you need to attach a price to carbon emissions, and the best way to that is to introduce a carbon tax. Musk started the talk with a quick summary of the human effect on the natural carbon cycle. Although there wasn’t really anything new in the summary, it was clearly influenced by Musk’s first principles way of thinking, which can be a useful tool to understand broad concepts.

He followed with the impact of slow actions to transition to a sustainable future which, as he pointed out, is inevitable since we will run out of fossil fuels at some point.

Musk concluded that if we wait to make the transition, we could see “more displacement and destruction than all the wars in history combined”.

He then described civilization as being designed to be “super sensitive to climate change” due to the popularity of coastal cities. 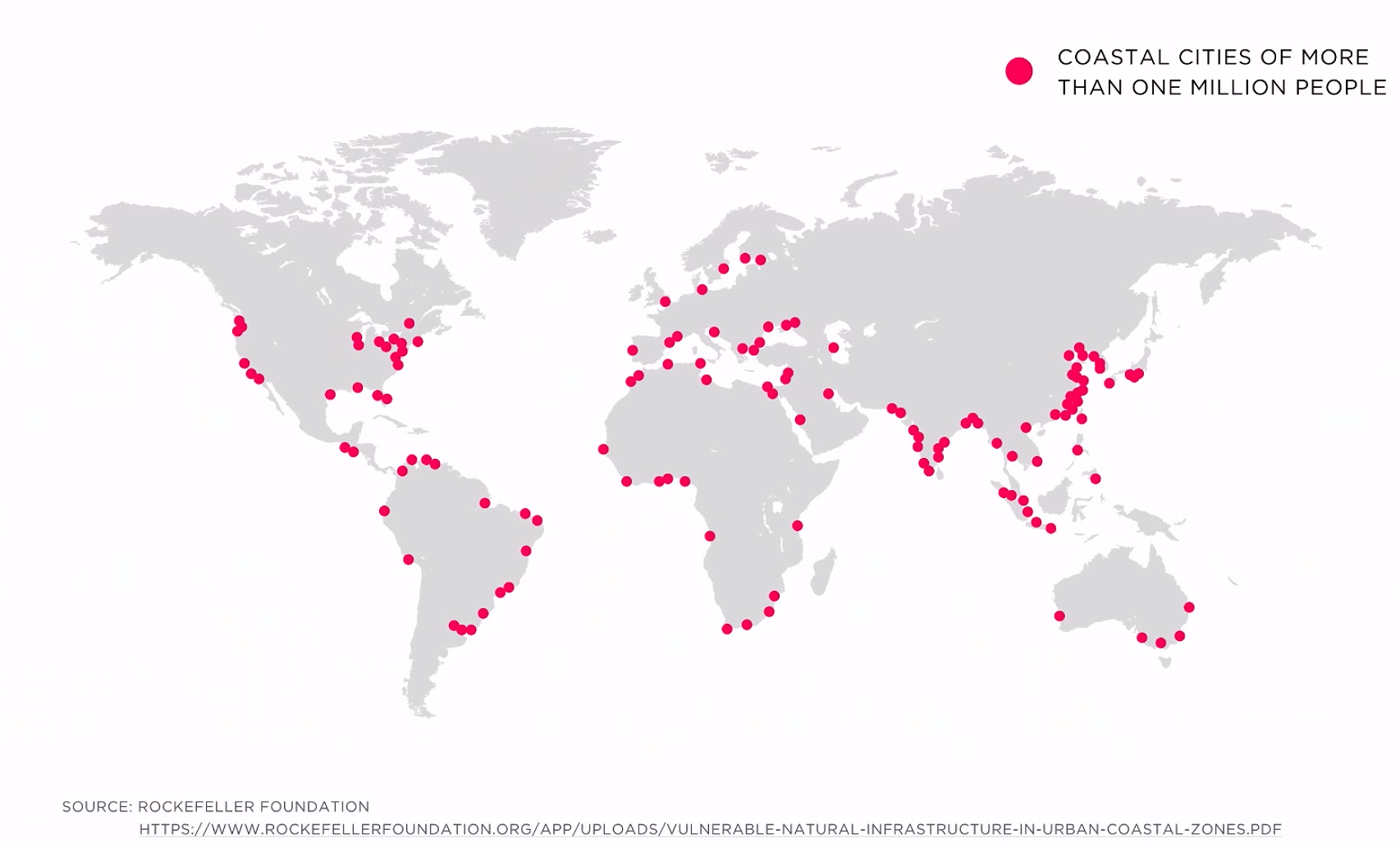 Musk identified the root cause of the problem being the fact that there is a hidden subsidy on carbon producing activities, which is the lack of financial cost attach to the clear harm to society done by carbon emissions. He compared it to not paying for garbage disposal.

He suggested the obvious solution of a carbon tax, which he proposed could be a revenue-neutral tax by introducing tax cuts of equal value somewhere else.

During the Q&A, questions mainly revolved around the impact of a transition to sustainable energy production would have on countries dependent on fossil fuels, as well as more general economic and socio-politic effects. And this was right after the man talked about the impact of not acting now being “more displacement and destruction than all the wars in history combined”. To paraphrase Fredric Jameson: It’s almost as if people find it easier to envision the end of civilization than the end of capitalism.