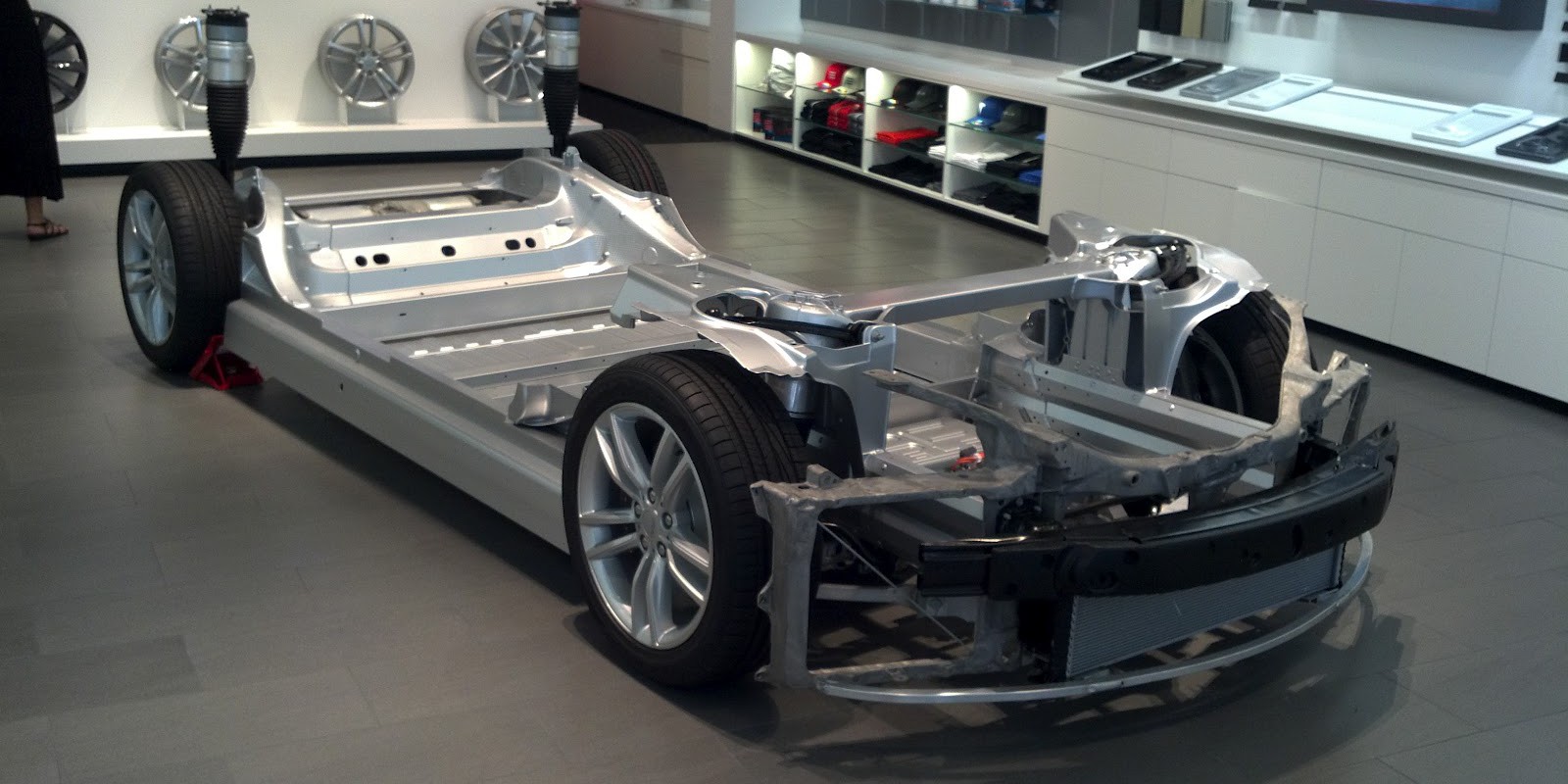 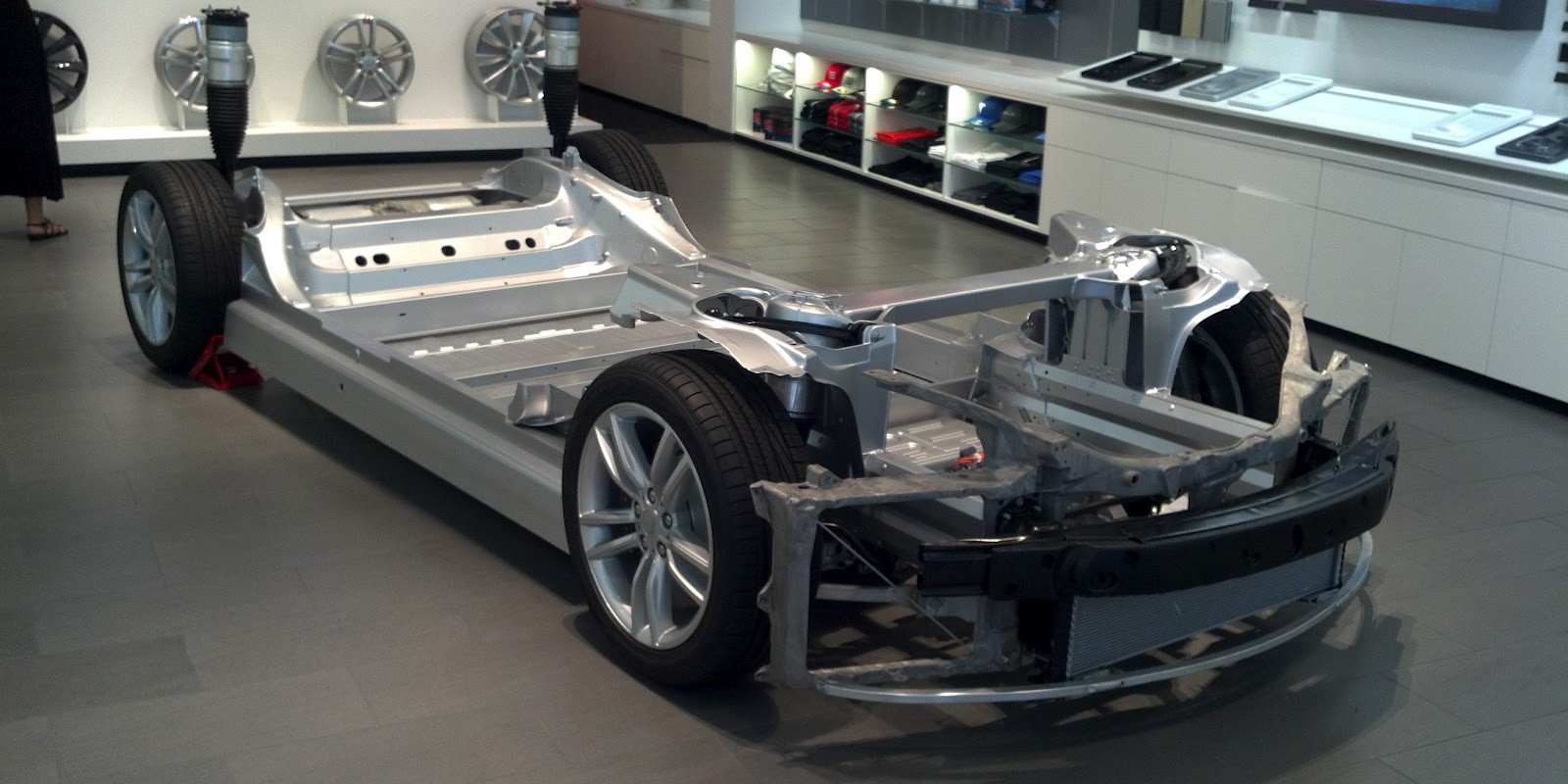 Tesla applied for a patent on a system to detach the subframe of a car after an impact in order to protect the passengers and/or the battery pack of a vehicle. I’d like to preface this by emphasizing that companies often apply for patents that never end up in a commercial product. I am not saying it will be the case for this particular system, but it is something to keep in mind.

The Model S and X are already safer than average vehicles with a 5-star ratings from NHTSA and the lowest probability of injury of any car ever tested by the agency. The company also introduced several autonomous safety features including ‘automatic emergency steering’ and ‘side collision warning’. DreamWorks Animation CEO Jeffrey Katzenberg even recently credited his Model S for saving his life, but the company keeps trying to improve the safety of its vehicles and this latest effort is quite out of the ordinary.

The company included drawings to explain the system.

Same subframe in a deformed state

The patent application is attributed to three inventors:

The engineers explained the “crash-absorbing” goal of the system:

One purpose of crash-absorbing structures can be to direct crash forces away from certain areas of the vehicle, such as the passenger compartment or sensitive components, such as an energy storage (e.g., a battery pack or a fuel tank).