SolarEdge announced a significant upgrade to their smart inverter line this today called “HD-Wave” which will have a profound impact on the solar industry. Further followup from SolarEdge yields a nice (HDWave PDF) Deck as well outlining some of the bigger upgrades.

In short, SolarEdge has done for the inverter (a critical piece of the solar ecosystem which turns DC powered Solar/Wind/hydro electricity into AC which is used by homes and long poweline distance travel) what flat panels did for the TV just a decade or so ago.  The new technology uses 16 times fewer magnets, smaller thin film capacitors and much less cooling to yield a 99% efficient power transformation. That not only makes solar installs less expensive, more productive and easier, it makes Tesla’s Powerwall a whole lot smaller…

Tesla and SolarEdge are working together on implementing the Powerwall, which in itself is a bunch of batteries and electronics attached to a wall. To get that battery into your home, and to get power to that battery, charge needs to come from somewhere. SolarEdge’s 350V Inverter seems like the perfect match there. With a 2-3x reduction in size and heat space, a whole lot less needs to be added to the Powerwall making them much more portable units.

In addition SolarEdge’s HD Wave inverters have a direct power out running at 1500W (much like SMA inverters) giving direct access to solar panels during a grid down event.

We’re interviewing SolarEdge’s CEO later this week and will have much more on this development. 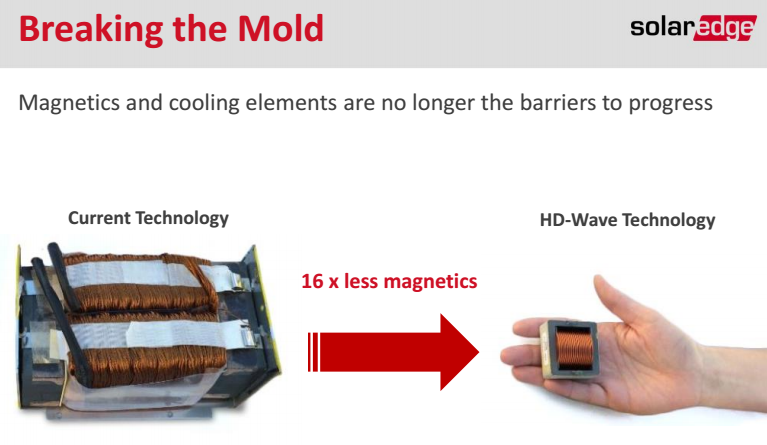 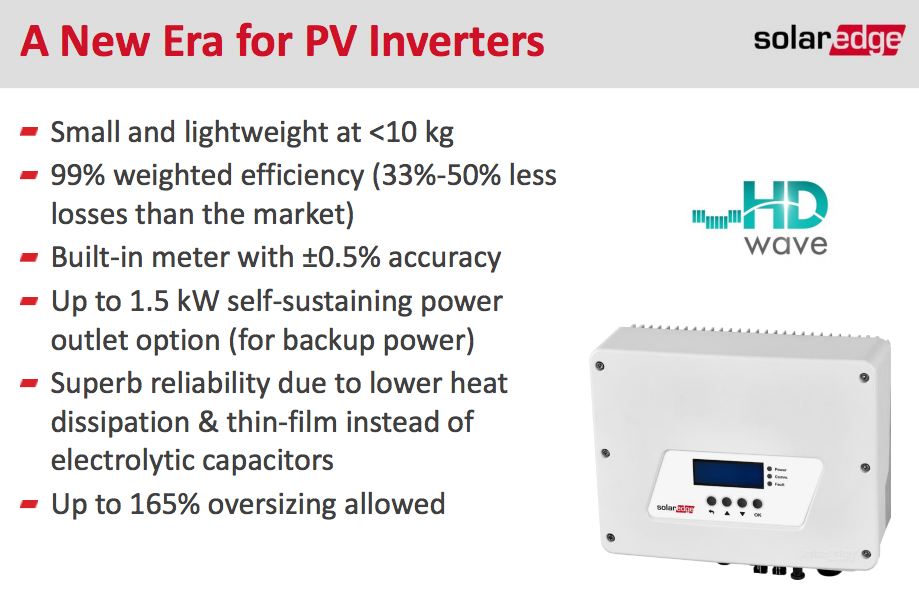 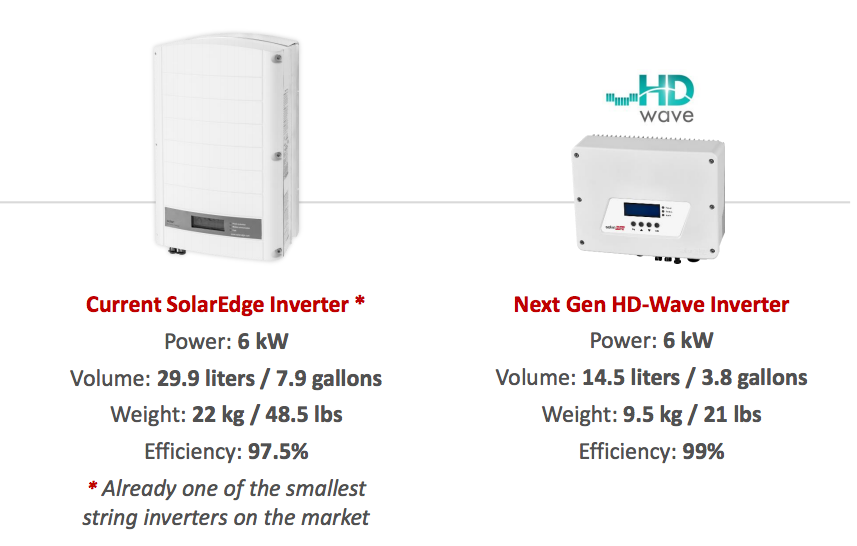 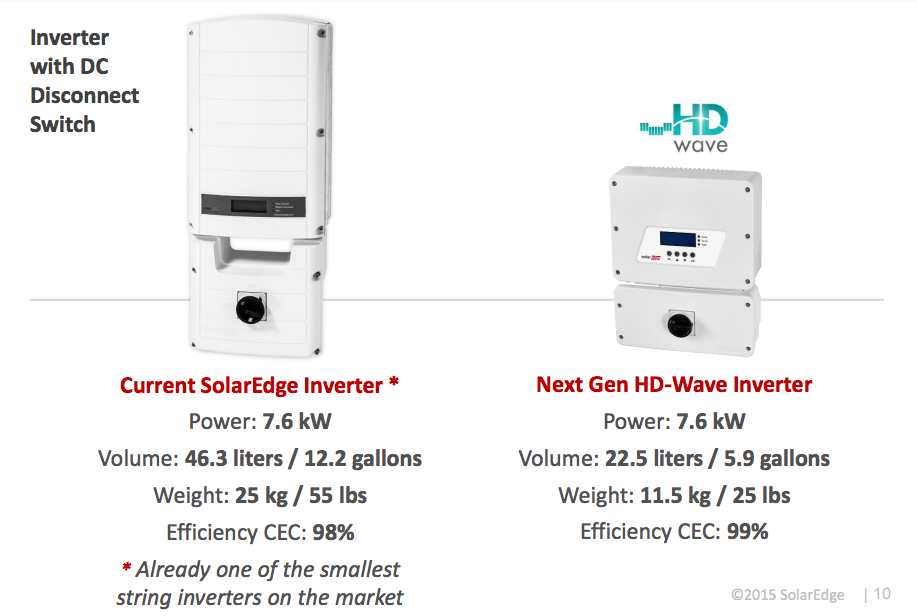