Leshi Internet Information & Technology, also known as LeTV, is a large Chinese company most popular for its Netflix-like service on LeTV.com. Earlier this year, CEO Jia Yueting sold $1.61 billion worth LeTV’s shares, $1.2 billion of which he loaned right back to the company to finance the numerous projects they are working on, which include a smartphone, smart TV and electric cars…

Yueting announced his company’s plan for an “electric supercar” last year. At the time, he said they already had a team of more than 200 engineers working on the project in California.

Earlier this year we reported on Atieva, which Tse founded in 2007 after he left Tesla when the company was reorienting itself after Martin Eberhard, Tesla’s original CEO and co-founder, left the company.

According to Crunchbase, Atieva raised more than $131 million since its inception. A lot of money came from China, through LeTV and Beijing Automotive, and now the company is reportedly working on a 500k yuan ($81,770) electric vehicle for Beijing Automotive aimed at the Chinese market. It’s not clear if LeTV’s supercar is directly linked to the car in development with Atieva or if both companies are developing their high-end electric cars separately with funding from LeTV in Atieva’s case.

But to shuffle the cards even more, WSJ recently reported that Tesla Motors officials believe LeTV is also funding Faraday Future, another California-based electric vehicle startup that recently made headlines for aggressively poaching engineers from Tesla.

Now we also reported on Faraday Future (FF) earlier this year. FF is believed to be very well-funded, but we don’t know who founded the company. The best information we have about the founding of the startup comes from Nick Sampson LinkedIn‘s which list him as Product Architect, VP of Product Research and Development, and a “founding member of the Executive team of FF”.

Sampson was Director of Vehicle and Chassis Engineering at Tesla from 2010 to 2012.

LeTV says that Tesla’s allegation about funding Faraday Future is just “speculation”, but the company is rumored to have funding in the 9 digits like Atieva.

Looking at early drawings for each vehicle program, we can clearly see similarities: 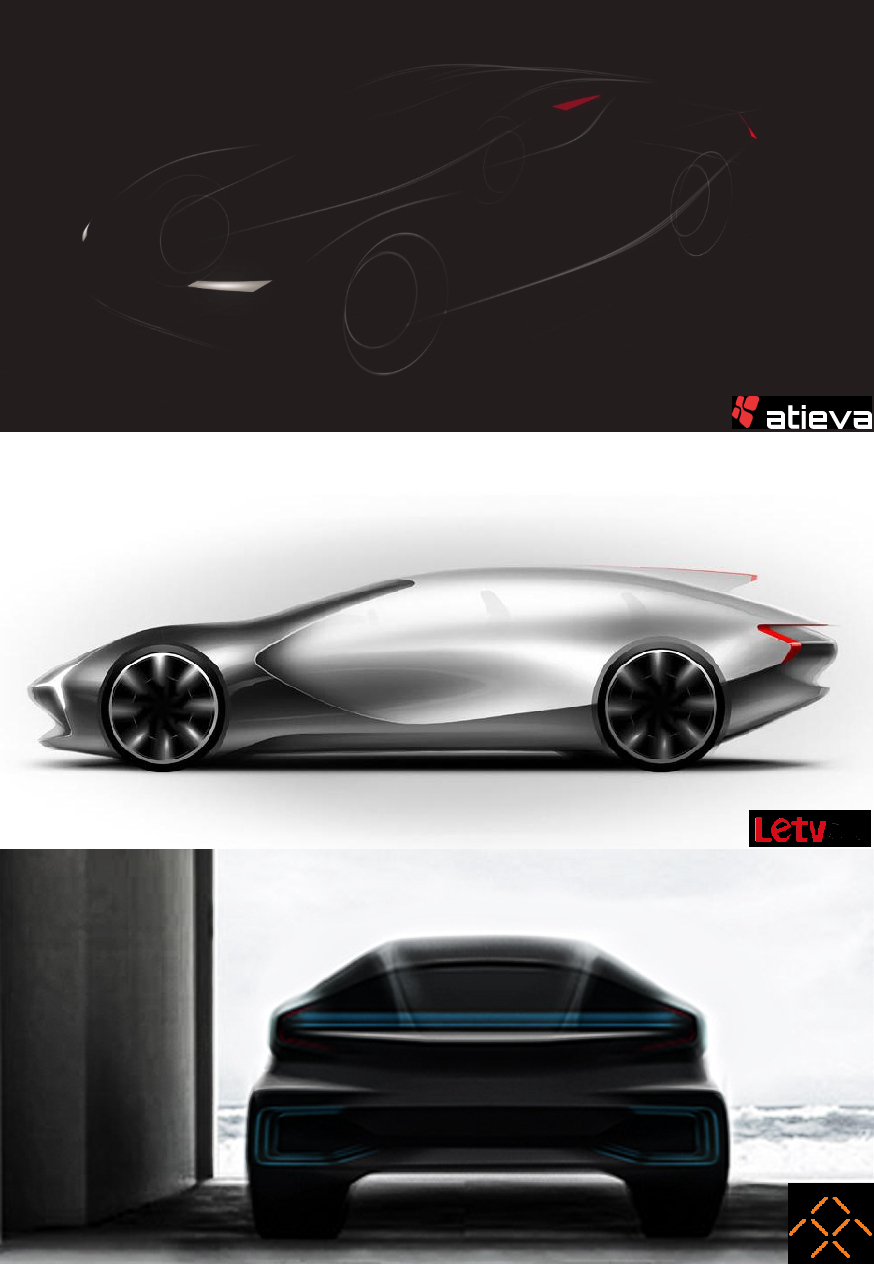 Whether LeTV is behind all or just some of these vehicles remains unconfirmed, but more important information like battery technology, range, cost and availability is also mostly unknown.

Each company seems to be aiming for 2017 to enter the market, but no official launch has been confirmed on any vehicle as of yet.