The sun is rising in Girona! Today we're opening our first Supercharger Station in Spain. Join us at 12pm. pic.twitter.com/FU3Wuaso0E

Tesla’s first Spanish supercharger opens up tomorrow and will be in the coastal town of Girona. It appears a more central location will be opening up shortly as well which means Model S owners should be able to make it to Madrid on a Supercharge from most of Western and Central Europe.

Tesla’s current Supercharger Map above and planned 2016 expansion below 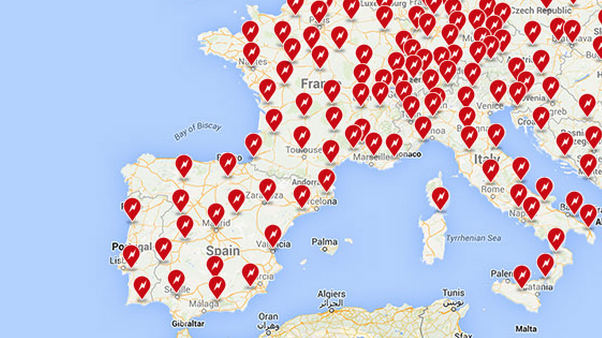