Tesla has now installed over 2,500 Superchargers; The growth of Tesla’s Supercharger Network 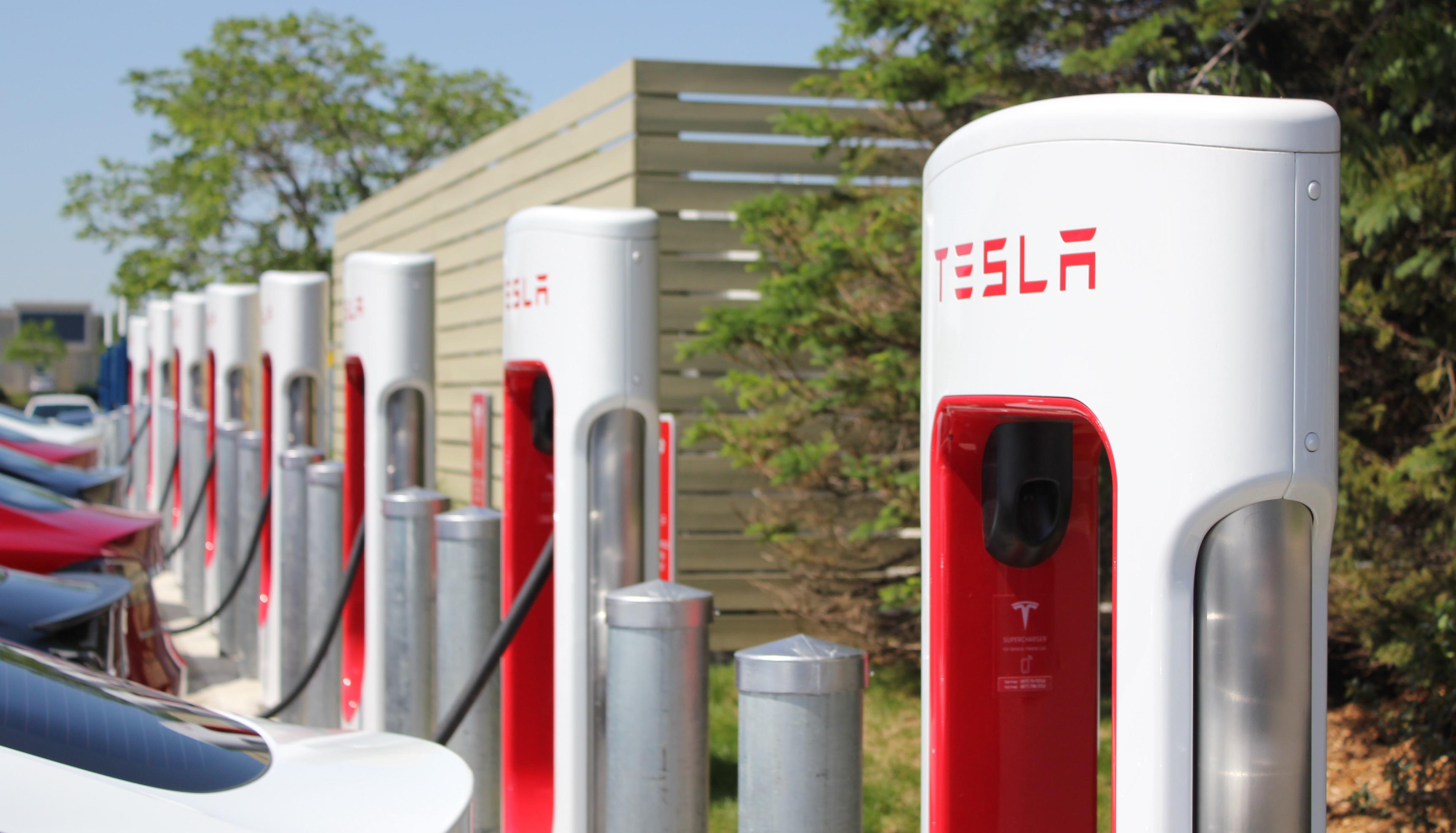 Last week Tesla activated 5 more Supercharger stations to bring the total to 453 stations and 2,519 Superchargers. Since introducing its network of fast-charging stations in 2012, Tesla has been expanding the network at an impressive pace, making it the largest and fastest manufacturer-owned network in the world.

Here’s a look into the growth of the Supercharger network: Tesla surprised early Model S owners in 2012 when just a few months after delivering the first few cars, they unveiled their own fast-charging stations capable of charging the 85 kWh battery pack of a Model S in a little over an hour. The real surprise was the cost: “free to use for life”. The cost of accessing the Superchargers is included in the price of the 85 kWh versions of the Model S and owners of a 60 kWh Model S were able to enable Supercharger access for $2,500.

Since Tesla discontinued the 60 kWh Model S and replaced it with an all-wheel-drive version with dual motors and a 70 kWh battery pack, all models now offered by Tesla include Supercharger access.

Even though they are free to use, they are intended primarily for road-trips. Regularly charging at a Supercharger located near your home is frowned upon. They are located near highways, mostly on popular routes between large cities. As it is the case for most electric vehicles, day to day charging is expected to be done at home.

When Tesla first introduced the Superchargers, they could charge at a rate of 90 kW, in less than 3 years, Tesla increased the capacity to 135 kW. In comparison, CHAdeMO, the standard for DC fast charging, delivers up to 62.5 kW. The capacity of the Superchargers depends on when the stations were installed. Most deliver 120 kW, which can add 170 miles of range during a half hour charge.

The Superchargers’ growth in 2014 was fuelled by expansions in European and Asian markets. Here’s the same chart, but segmented by markets:

Tesla’s ambition for the fast charging network doesn’t end here. On its website, the company published a map of what the Supercharger network will look like in 2016 and it seems like the company could be doubling the number of Superchargers by the end of 2016.

Presumably, we could expect a map to be release sometime next year depicting what the Supercharger coverage could look like in 2017. Here’s the map for 2016 in the US: 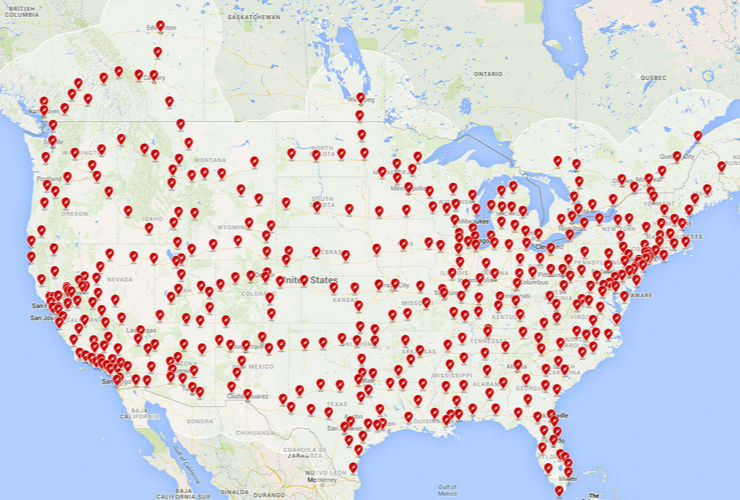 Tesla has not only been improving the coverage of the network, but also the design and technology of the Supercharger. Earlier this month, the company opened a new station in Mountain View. The Superchargers at this location are equipped with a liquid-cooled cable, which allows for a thinner and more flexible cable. According to Elon Musk, Tesla CEO’s, the new cable also has the “potential for increased power of the Supercharger long-term”.

Any hope for faster charging is always welcome in the electric vehicle industry since charging time is one of the main obstacle to the mainstream adoption of electric vehicles. We might see a day when DC charging stations, like the Superchargers, are as fast as gas pumps. If that day comes, this mural at Tesla’s factory in Fremont will have been a window into the future: