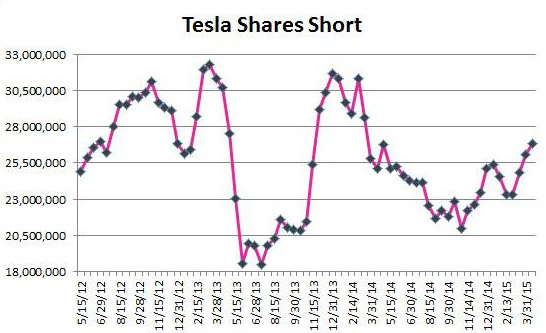 Rod Lache from Deutsche Bank thinks that Wall Street has yet to properly account for the energy storage business in Tesla’s stock price. Via Bloomberg:

We have not factored any benefit from this market opportunity into our views on Tesla. Until now, the market has not been provided with sufficient information on the company’s planned product offerings, or their growth expectations, to make a judgment. Nonetheless, based on preliminary work on the economics of Stationary storage, we believe that this has potential to be more significant than the Street currently expects. Tesla has previously hinted at the bull case for this product line. Though we’re reluctant to opine on this business in the absence of information, we noted that Tesla’s management previously suggested that Stationary Storage applications could account for 1/3 of their Gigafactory’s output (business worth $4.5 bn/year if at $300/kWh). The bull case would be that this business could potentially add $5 to our 2020 EPS estimate of $20. At a 20x P/E, this would equate to $100 per share.

It will be interesting to follow Tesla’s stock price leading to the unveiling. 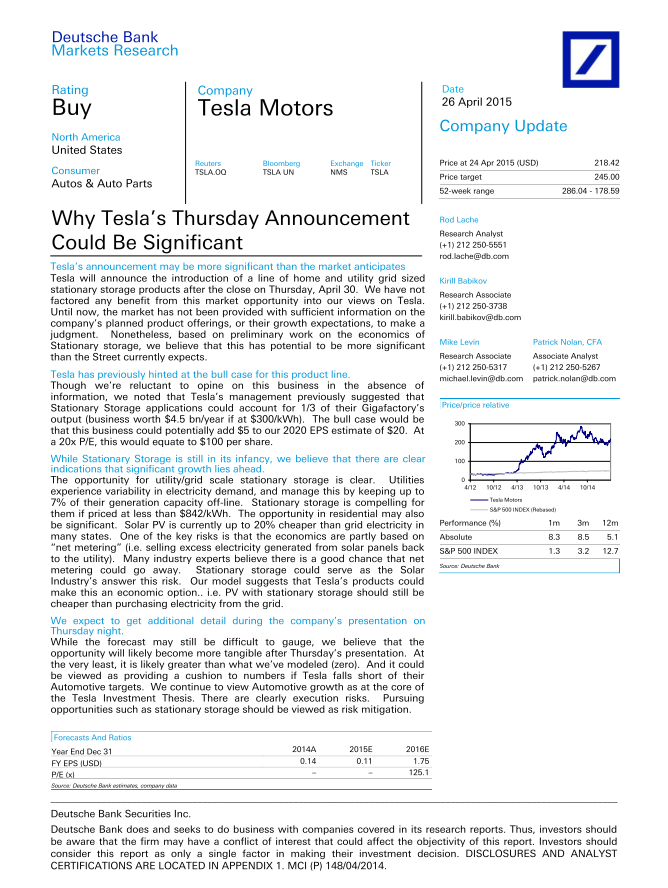