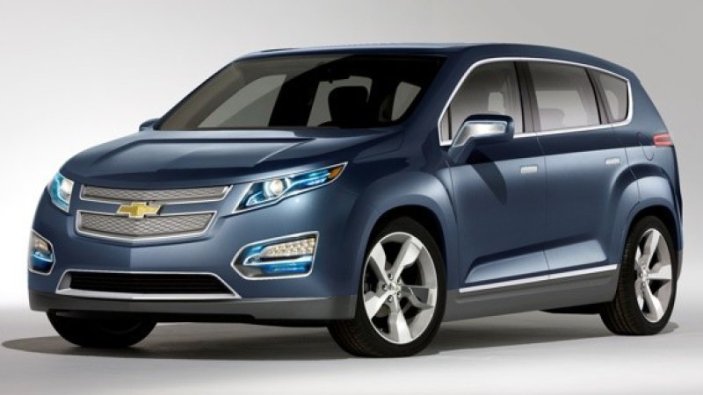 General Motors Co. plans to launch a $30,000 electric vehicle called the Chevrolet Bolt that would be capable of driving 200 miles on a charge by 2017, according to people familiar with the strategy, a move to gain ground on Tesla Motors Inc.

GM will show off a concept version of the Bolt on Monday at the Detroit auto show, eight years after the auto giant disclosed it would re-enter the electric car market with the Chevrolet Volt. The Volt, on sale since late 2010 and redesigned for 2015, is being upgraded to get better capability and sharper design, and has a backup gasoline motor on board in case juice runs out.

The Chevy Bolt, carrying a more capable battery manufactured by South Korea’s LG Chem Ltd. , will be aimed squarely at Tesla’s forthcoming Model 3, a $35,000 electric car also slated to debut in 2017. The concept version of the electric car will be a hatchback designed to look more like a so-called crossover vehicle, according to people familiar with the design. The Bolt will be capable of driving four times farther than a Chevrolet Volt plug-in hybrid on a single charge.

This is great news for electric vehicle fans but a lot of questions still need to be answered. The foremost on my mind is quick charging. Will GM set up a global network of fast DC charging stations? With the Bolt be able to charge as fast as Tesla’s offering?

The pack for GM’s new vehicle could be built in LG Chem’s Holland, Mich., plant, where the Volt batteries currently are made by the same supplier. That plant would have a capacity to build about 60,000 Volt battery packs, or 20,000 of the larger packs for a new EV, or a mixture of the two.

LG Chems’s battery improvements to make it possible to for GM to create the low-cost EV include better durability and electrical controls. Also, LG will use more of the available storage capacity in the cell than it does on the Volt. Plug-in hybrids can use less available storage capacity because of the constant charging from the gasoline engine. If more charge is used, it would limit the life of the battery.

“We have progressed far enough that it gives us a high level of confidence that in the 2017 kind of a time frame, there are no show stoppers or gotchas that we don’t know how to get over,” Prabhakar Patil, the chief executive of LG Chem Power Inc., the U.S.-based battery arm of the Korean electronics giant, said in an interview.

The Bolt also will be a crossover which will appeal to a wide group of people and will go up against Tesla’s Model 3 (which is expected in a number of configurations including a crossover variety).