Tesla Motors brand has the best ‘VIBE’ in recent rankings 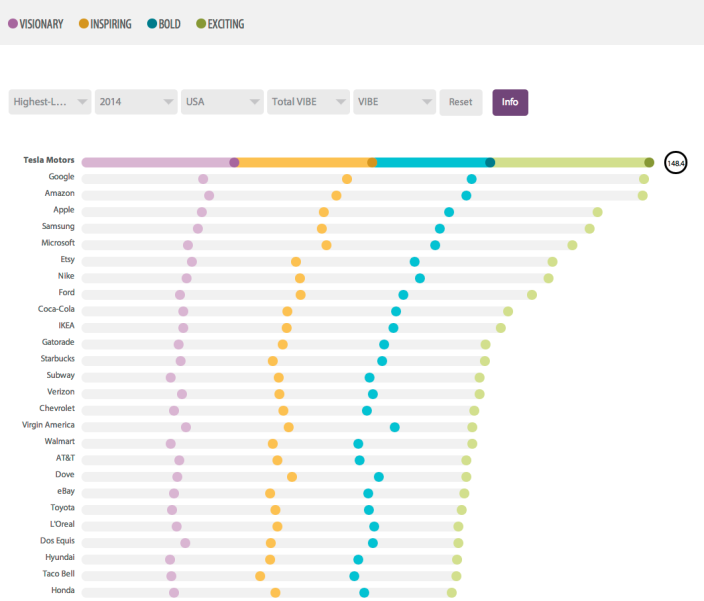 Several shifts have transpired on the cultural brandscape since 2013, with Tesla gliding into the pole position, ever so narrowly passing reigning champ Google, and lapping all other luxury car makes. Amazon’s VIBE climbed 10% as the company continued to reach into previously unchartered territories (cell phones, drones!).  Apple, once the poster child for a brand that radiated VIBE, remains a strong force to contend with, but has continued to slide from atop the perch it held four years ago, when first measured.  These brands are joined by culturally vibrant behemoths, Samsung, Microsoft, newcomer Etsy, Nike, and iconic Coca-Cola.

We see that those brands with the greatest cultural vibrancy are more likely to hit the trifecta of 1) delivering purposeful and compelling visions for positive change, 2) establishing truer, deeper, more lasting connections with people, and 3) enriching brand experiences to be more open-ended and on-going.

In other words, Tesla is cool.