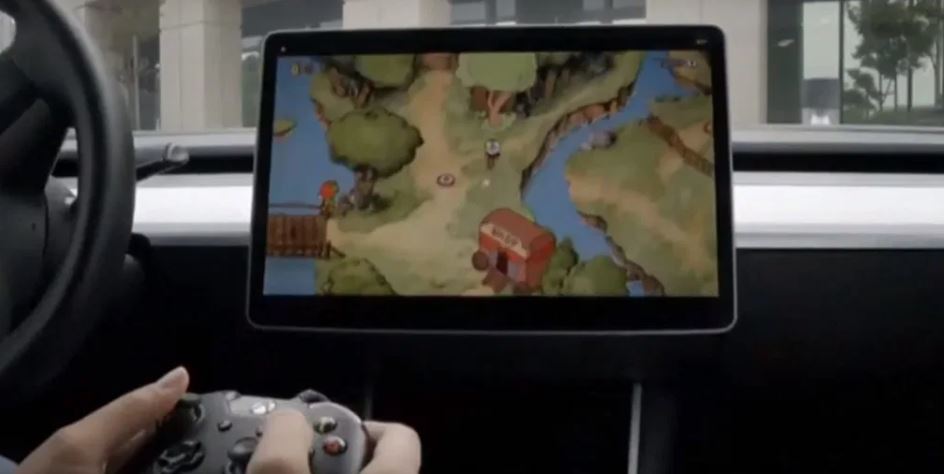 If you didn’t already know, Tesla vehicles offer a plethora of built-in games in the infotainment entertainment section. Some of these games can be controlled with the car’s built-in steering wheel, but some require that you connect a controller. Here are some of the best controllers to keep in your glovebox.

For half the price of a Microsoft-made Xbox One controller, you can get this wired Xbox controller from PowerA that works perfectly fine with Xbox, PC, and Tesla vehicles. This is one of the best-reviewed wired controllers in this price range, so if you’re okay with wires (and honestly, wired controllers are probably going to save you the most headaches when it comes to Tesla compatibility), this is the option for you.

The Logitech Gamepad F310 is a generic controller that offers everything you need to game on your Tesla at the cheapest price. It may not be the best game controller you can buy for your Tesla, but it will get the job done if you’re only going to be playing games occasionally and don’t mind something that won’t work with Xbox or other game consoles. This is a popular option and widely regarded as one of the best Tesla game controllers you can get on Amazon.

The pricier but high-quality option.

The Xbox One wireless controller is widely regarded as one of the best game controllers you can buy, and while it might be overkill for your Tesla, it’s a good buy regardless because it’s so versatile. It’s not cheap at around $50, but it’s high quality and will certainly last the lifetime of your car. This controller of course works with Xbox One consoles, but it also works with all PCs via Bluetooth and your Tesla vehicle.

As of right now, while these controller do work with PCs and smartphones over Bluetooth, the Tesla vehicle can not recognize them by default. For that reason, you’ll need to buy a separate adapter called the Magic-NS that will plug in to your Tesla’s USB hub and let you sync up with this controller wirelessly.