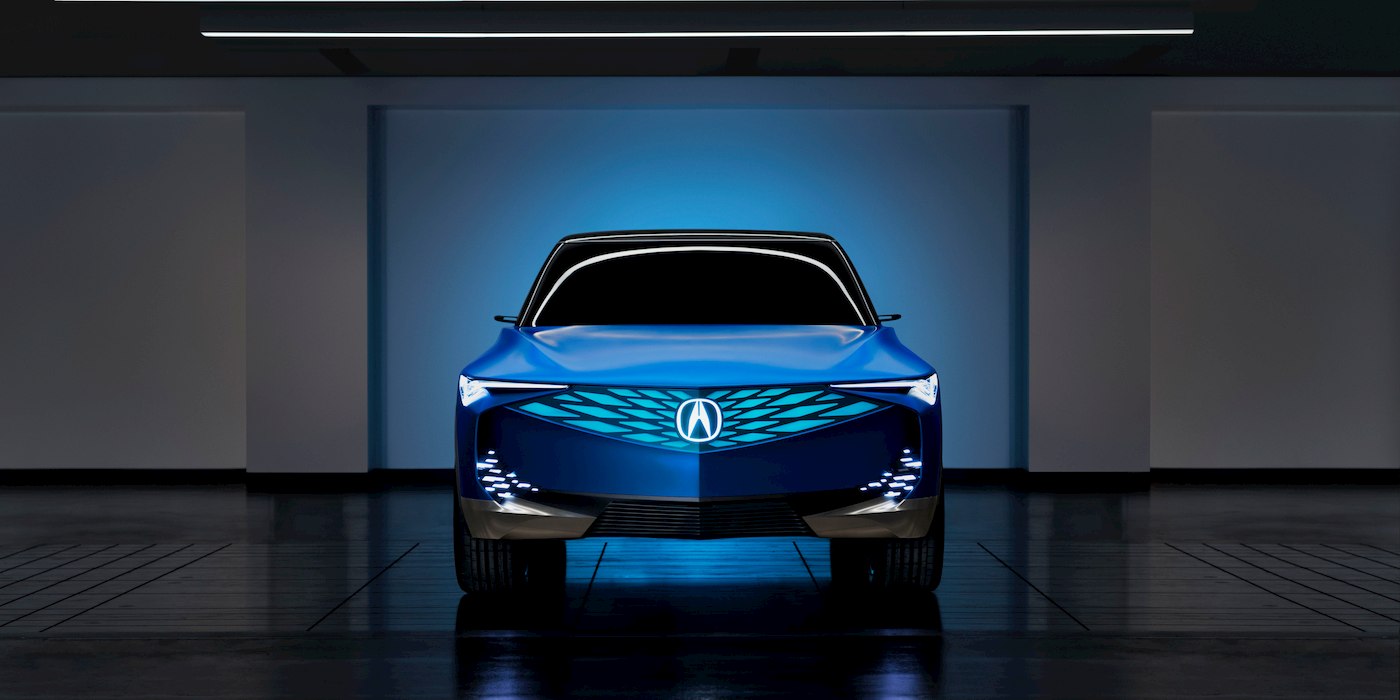 Acura is releasing its first EV SUV, the Acura Precision EV Concept. The EV SUV debuted at the Monterey Car Week today, and Acura confirms it will be arriving in 2024.

Acura’s parent company, Honda, has been relatively slow to adapt to the changing auto market as consumers transition to electric vehicles. However, the legacy automaker is cranking it up this year with a series of EV reveals.

Honda said it plans to invest around $40 billion to produce 30 battery electric vehicles (BEVs). Earlier this summer, the automaker gave us a look at the Prologue EV, an electric SUV developed on a platform made with GM.

The Acura Precision EV Concept is part of the automaker’s Design Studio in LA’s future electric vision. Acura will build the EV SUV on its platform codeveloped with GM, which the automaker plans to release several EV models on.

The Acura Precision EV Concept is a design study that will shape the direction of future Acura products in the electrified era including our first all-electric SUV in 2024.

The EV SUV is inspired by the uniqueness and harmony of luxury Italian power boats. According to the release, Acura’s Precision EV Concept features a “wide, athletic stance, expressive silhouette and sharp character line.”

Acura is skipping the hybrid phase, going straight to EVs, with its first all-electric model, the Acura ADX, also set to hit the roads in 2024. It will be followed by the automaker’s first EV SUV, the Precision EV Concept.

What we know about the Acura Precision Concept EV SUV

The automaker said it’s accelerating toward electrification with the release of the Acura Precision Concept EV.

The Acura Precision EV Concept will be our North Star as we move into an exciting electrified future, and you will see these design cues translate over to future production models.

The EV SUV features new theatrical lighting that lights up Acura’s Pentagon grille. In addition, the Precision EV Concept will feature new “Particle Glitch” lighting on the front and rear ends and its 23-inch wheels.

The “Particle Glitch” lower detailing explores what EV performance could look like as Acura shifts toward its electrified future.

The interior is inspired by the cockpit of a Formula 1 race car. It features a low driving position, high-performance sightlines, and a modified steering wheel.

Furthermore, the EV SUV comes loaded with two driving experiences: Instinctive Drive Mode, which maximizes performance with red ambient lighting, and Spiritual Mode, which does the opposite by relaxing the wheel and projecting an “underwater” experience.

The EV SUV is the automaker’s third design concept since 2016, previewing what the future of Acura will look like. After debuting today at a private convention, the Acura EV Precision Concept will make its public showcase tomorrow, Friday, August 19.