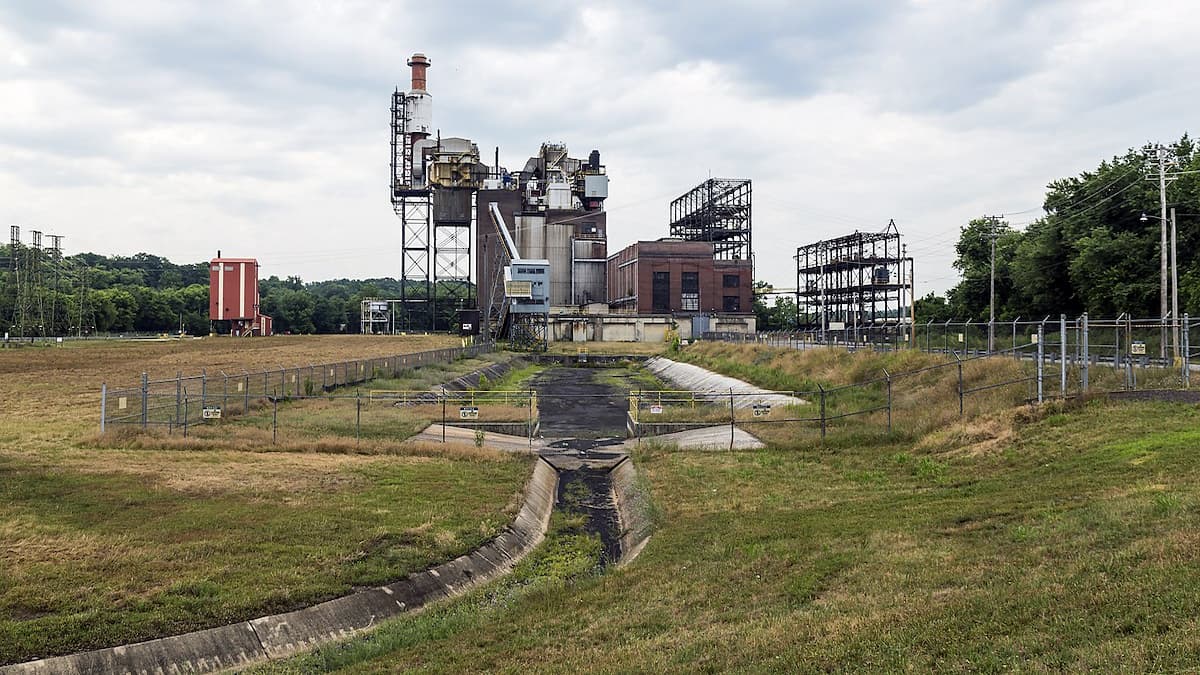 Electric utility FirstEnergy Corp., which serves most of northern West Virginia, is going to repurpose a former coal ash landfill for a utility-scale solar farm.

The Natural Resources Defense Council explains what coal ash is, and notes that it’s the US’s second-largest waste stream behind household trash:

Coal ash is a general term – it refers to whatever waste is leftover after coal is combusted, usually in a coal-fired power plant. It contains arsenic, mercury, lead, and many other heavy metals. Coal ash is commonly divided into two subcategories based on particle size.

Perhaps one of the reasons for coal ash’s relatively low profile is that it goes by so many names: coal ash, fly ash, bottom ash, boiler slag.

The coal ash landfill, which sits on 26 acres in Marlowe, Berkeley County, West Virginia, is located across the Potomac River from the R. Paul Smith Power Station in Maryland (pictured above), which closed in 2012.

In June, FirstEnergy subsidiary Allegheny Energy Supply Company was approved by the West Virginia Department of Environmental Protection to end environmental monitoring at the coal ash landfill after removing all regulated materials and permanently closing the site. Coal ash from the site was used in cement manufacturing for 20 years.

Another FirstEnergy subsidiary, electric company Mon Power, will build a 6 megawatt (MW) solar farm on the coal ash landfill site. That solar farm is part of a new West Virginia solar program to build five utility-scale solar farms that, combined, will have 50 MW of power generation.

Of the five, one solar farm will be located on a 27-acre retired ash disposal site in Marion County, and another will be sited on a 44-acre reclaimed strip mine property in Tucker County.

FirstEnergy explains what solar renewable energy credits (SRECs) are (and click on the link for more details):

SRECs are certificates that represent the environmental attributes of solar power and prove solar energy was generated on the purchasers’ behalf. For every megawatt hour of solar renewable electricity generated, one SREC is produced. When fully operational, the five projects planned by Mon Power and Potomac Edison are expected to create more than 87,000 SRECs per year.