Weird Alibaba: This $3,200 electric truck might be the next Chinese EV I need to buy 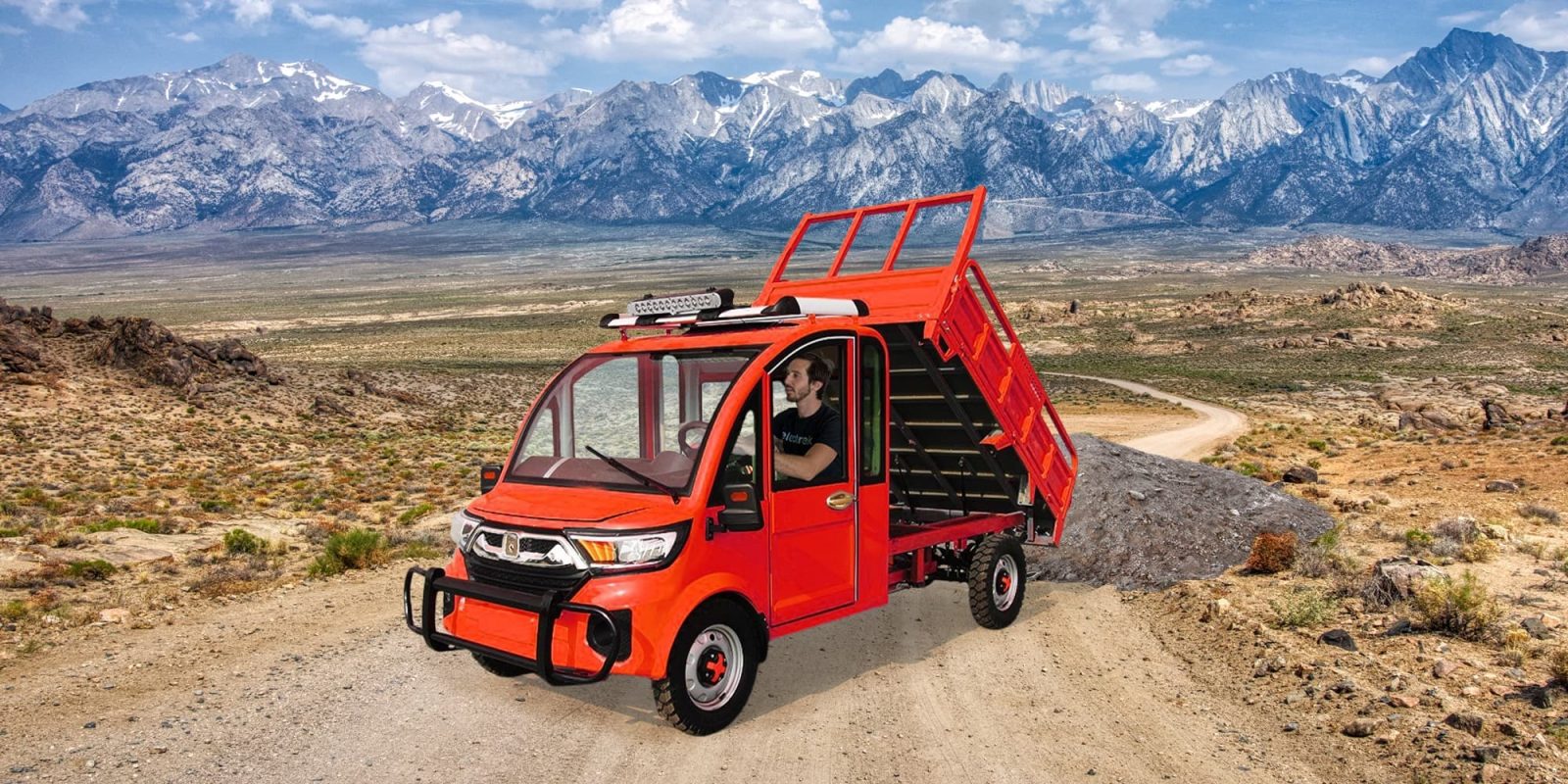 When it comes to fun-sized electric trucks, there’s just nowhere else to look but China’s fantastically weird Alibaba collection. Those engineers must spend night and day dreaming up the wildest electric vehicles that can be built for the absolute lowest rock-bottom price. And this week we’ve landed on another doozy for the Awesomely Weird Alibaba Electric Vehicle of the Week entry: a cheap electric dump truck.

Those of you who follow my Alibaba series and my own personal saga probably already know that I bought an electric mini-pickup truck last year. It came on the super slow boat from China, but when it finally arrived, it was even more awesome than I had hoped for.

Well, this week’s e-truck has me wanting to buy it a little brother (though in this case, it would probably be a big brother).

That’s because this new dump truck has some serious junk in the trunk.

This ain’t no cutesy little scaled-down F-150 knockoff. This one looks like it’s meant to haul hay all day long. And boy, would it make the best little zero-emission hay ride vehicle!

The truck has a fully enclosed two-seater cab that looks like it was borrowed from a Disneyland parking lot shuttle bus.

Just like a glorious 1980s mullet haircut, though, this truck may be business up front, but it’s a party in the back!

That’s because we’ve got our choice of two different beds, both of which have dump features. I’d absolutely go with the longer option, though. If I’m already buying an electric truck, I want to get as much truck as I can for my money.

This one may not be the longest electric truck bed we’ve seen on an Alibaba vehicle so far, but it’s fighting hard for second place!

There’s just one small catch: The dump bed isn’t powered. It’s hinged, but you’ll be doing the dumping manually. That may be fine for a load of lawn clippings, but a bed full of pea gravel might require inviting a few neighbors over to join you in your massive dump.

As usual, when it comes to power, you’ll see that we’re not exactly playing with a full deck here.

The motor comes with options for between 1.5 to 5 kW of power, or up to around 6.7 hp. Not terribly powerful, but also not the weakest weird Alibaba vehicle we’ve seen. Not by a long shot.

The battery is listed as between 50-70 kWh, but that’s almost certainly a typo. For one, that’d give this little truck enough range to drive all the way here from China. And secondly, you’d just about have to fill the entire bed with battery cells. But if you did, you still probably wouldn’t hit this thing’s max weight rating. I’m not sure what that weight rating is, but based on the graphic below, I’m going to wager a guess at 3,000 kg. Sure thing – I’ll take a three-ton Chinese truck!

At this point, I already know what you’re thinking. You’re as sold on this beautiful beast as I am, and you want to know how much skin you’re going to have to put in the game to get one.

That price doesn’t include batteries (probably another $1000 or so) or shipping (which the vendor lists as $1,100, but surely it will be much more). But I’d say you could slide into one of these things for a cool $7-8K with the right customs broker at your fingertips.

But you better hurry before I buy them all myself. Now I just have to find a good domain for my new business, Micah’s Ill-Advised Hayrides!