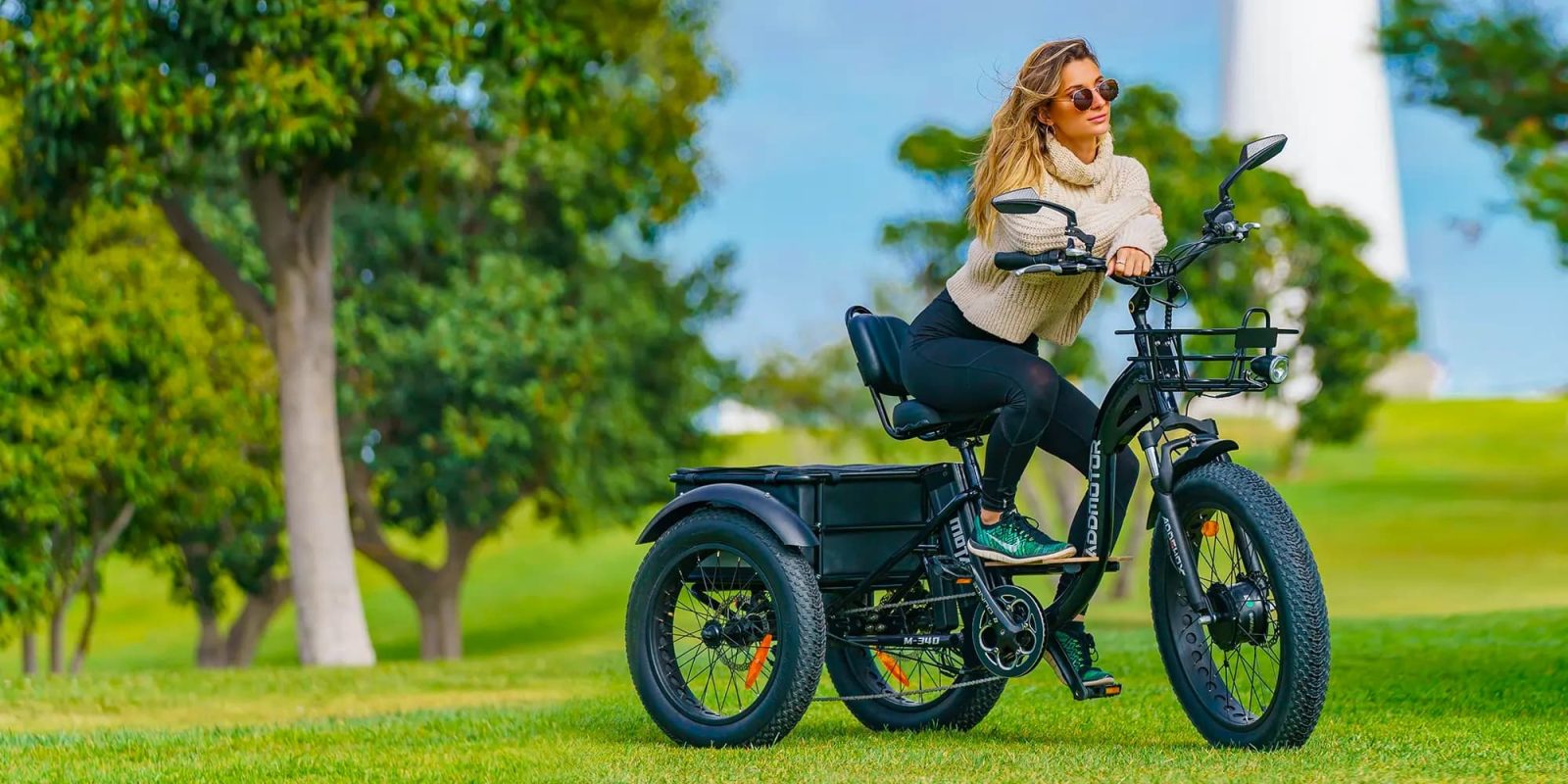 Electric tricycles have long been a favorite of parents, older riders, and anybody who enjoys the stability and cargo benefits of three-wheeled electric bikes. Now the Addmotor M-340 electric trike is getting a big update with the brand’s EB2.0 electrical system, including a big new battery.

Addmotor claimed a massive range of 125 miles (200 km) from that bike’s 48V and 20Ah battery. The 960 Wh battery would require the lowest power setting to go that far, but the large capacity from the Samsung 21700-format battery cells meant that higher power settings would also yield impressive range results.

Now the company is bringing the new setup to the three-wheeled favorite M-340 electric tricycle.

The Addmotor M-340 has long been one of the main direct-to-consumer electric tricycles on the market. It offers a step-through frame and foot platforms to make it easy to mount and ride. An included throttle makes pedaling optional, offering speeds of up to 20 mph (32 km/h) on either throttle or pedal-assist operation.

Priced at $2,999, the Addmotor M-340 isn’t a cheap ride. But tricycles have always been a more expensive category in the bicycle industry due to their larger size and more complex operation, not to mention the increased shipping costs that many companies eat as part of “free shipping” guarantees.

But that higher price has to be weighted against the higher utility of these SUVs of the e-bike world. For example, this electric trike is designed to carry large loads over less than ideal terrain. The combination of a front suspension fork and all-around fat tires makes for a cushier ride than most electric trikes can offer. And a 350 lb. (160 kg) rider weight rating plus another 100 lb. (45 kg) cargo rating shows that the trike mean businesses when it comes to hauling duty.

The 48V electrical system and 750W motor combine to help haul all of that weight, though I’d sure love to see 450 lb. of trike, rider, and cargo climbing a steep hill. If the Addmotor M-340 can handle that test, I’ll sing its praises from the hilltops.

The inclusion of a 7-speed shifter will help riders downshift to support the motor when climbing hills. The hydraulic disc brakes will come in handy on the other side of the hill when it’s time to bring that heavy bike to a stop.

For now the trike seems to be out of stock on Addmotor’s site, but they’re likely restocking with the new updated model.

Electric tricycles hold a special place in my heart. I built my first one back in 2014 using a pedal tricycle and an electric bike conversion kit. Ever since, I’ve loved how they offer a combination of bicycle-like freedom and vehicle-like cargo hauling.

In fact, this Addmotor M-340 trike has me wanting to use it as a great foundation for building a solar electric tuk-tuk. Just imagine welding up a frame to go over the top of the trike that does double duty as a shade canopy and a surface to mount 300-400 watts of solar panels. Solar e-bikes are all the rage these days!

With fat tires, a giant battery, and enough solar panels to give a nearly infinite range (if you’re pedaling) or around double the typical range (if you aren’t pedaling), that would be the ultimate suburban cruiser. Hmmm, I might just have to build that.