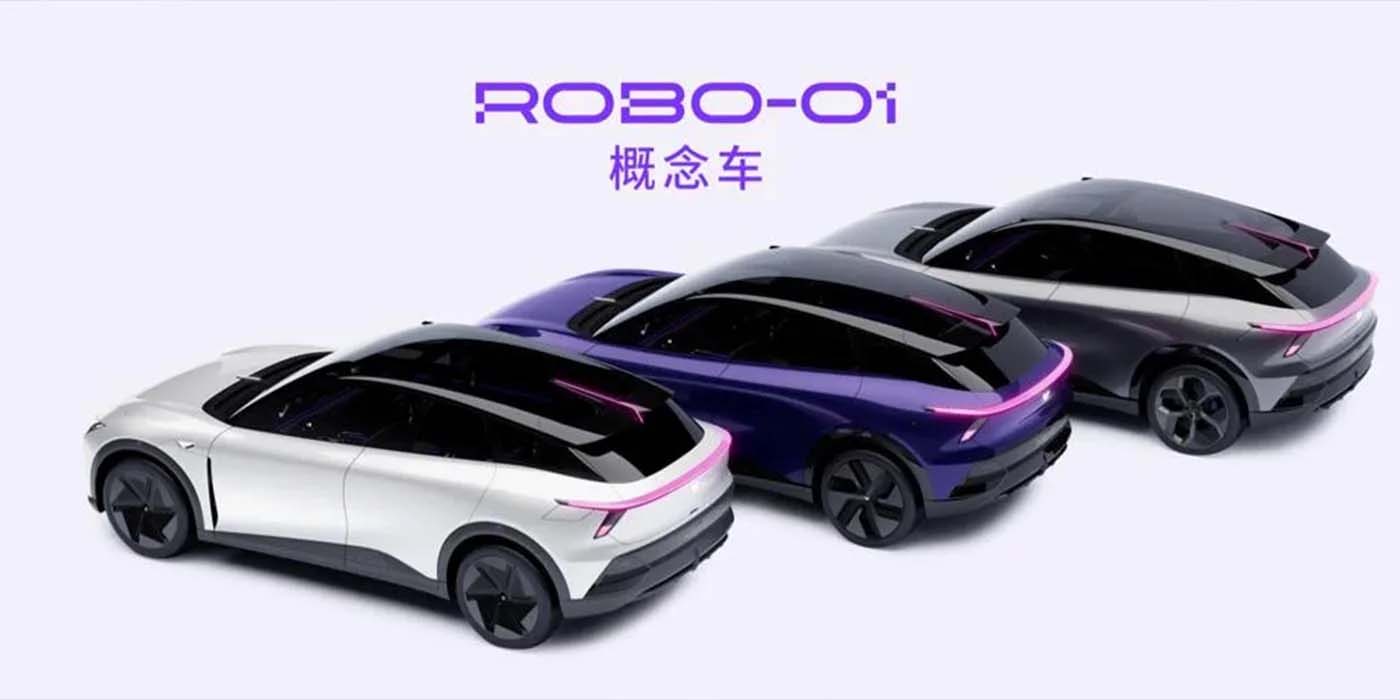 In January of 2021, Baidu announced it was expanding from software development into physical EV production, joining forces with Geely to produce a new breed of EVs. By March, the JIDU marque was officially unveiled on the heels of $300 million in startup capital. That amount was followed by another $400 million in Series A funding in January of 2022, led by Baidu.

JIDU’s market strategy is a focus on popularizing autonomous driving and human-machine interaction technologies, beginning with its flagship EV which will be based on a concept called the ROBO-01.

Since first teasing the ROBO-01, JIDU quickly began touting it as the nameplate for fully-autonomous EVs that combine interactive robot emotion with artificial intelligence within the driving experience. We got our first full glimpse of ROBO-01 during JIDU’s ROBOCAR Day in June, showcasing a retractable yoke steering wheel powered by JIDU’s steer-by-wire technology that can fold up during autonomous driving mode.

During its latest public event in China earlier today, JIDU’s CEO shared some bold production goals for the decade and was joined by CEOs of both JIDU parents – Baidu and Geely – one of which called out Tesla’s autonomous driving capabilities directly.

The main focus of JIDU’s partner conference held in China today was to share news of its “2880” strategy, which entails JIDU’s ambitions to deliver 800,000 robot EVs annually by 2028.

The CEO shared that JIDU intends to officially launch a limited, production model version of the ROBO-01 this fall that will bear a 90% resemblance to the concept. Mass production of JIDU’s first EV will then ramp up in 2023. Xia also followed up by sharing plans for a second mass produced JIDU model scheduled for 2024.

Baidu CEO Robin Li also spoke during the event, explaining how JIDU is expect to inherit Baidu’s AI technology and autonomous driving technology in Apollo, and take it to a whole new level. Li elaborated:

For smart cars, our judgment is that electrification is halftime and intelligence is the endgame.

Li went to say that in terms of autonomous driving technology, JIDU is expected to lead Tesla by an entire generation. Tesla’s Full Self-Driving (FSD) continues to make progress through beta, but is still years late for its originally promised delivery date. Its full rollout has been continuously punted to give the American automaker more time to figure it out .

The production intent version of the ROBO-01 concept is expected to be revealed soon, followed by the public’s first glimpse of the exterior design of JIDU’s second “robocar” model at the Guangzhou Auto Show in late 2022.