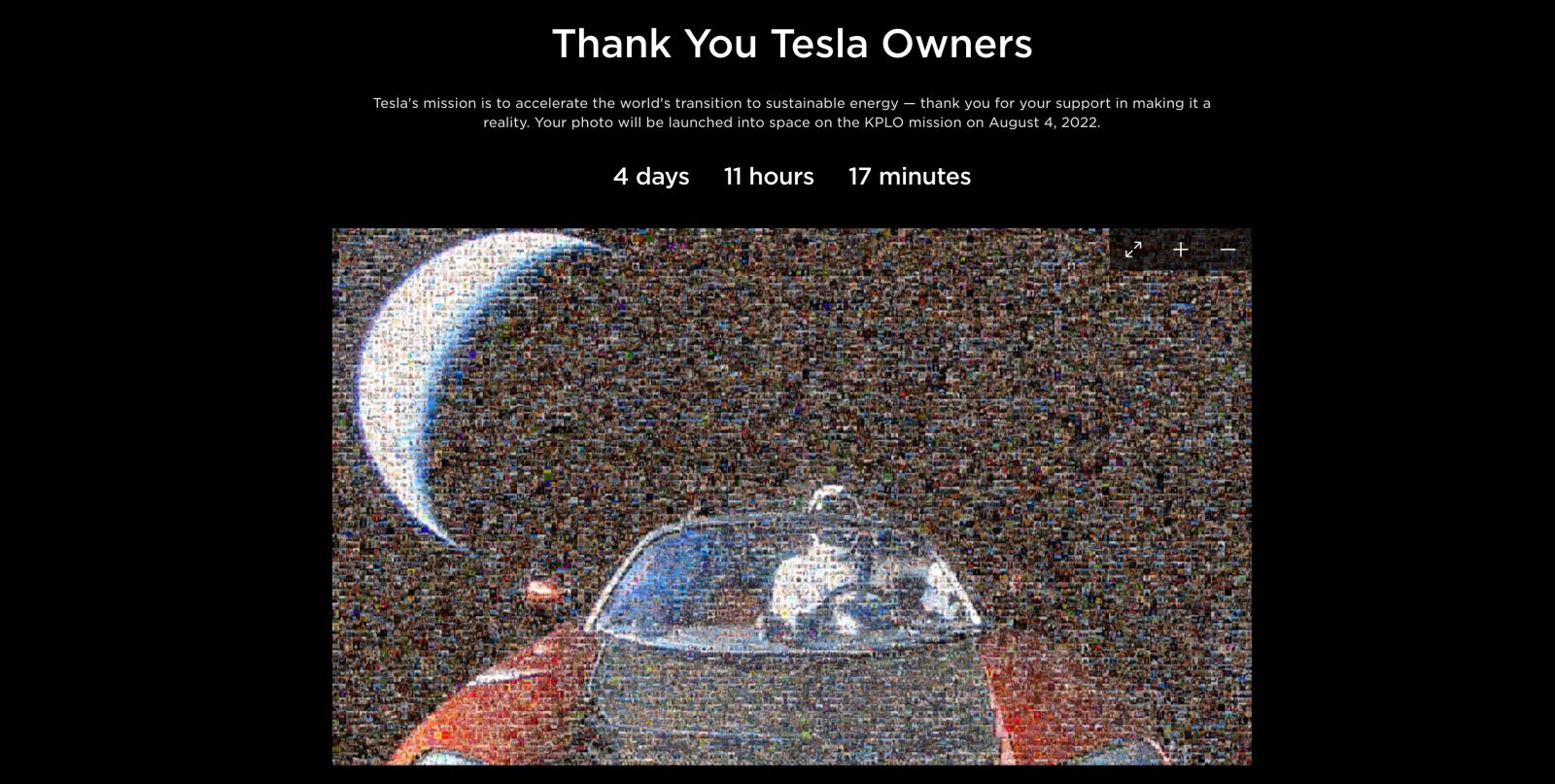 Tesla is preparing to launch pictures of its customers into space on SpaceX’s lunar orbiter mission with the Korea Aerospace Research Institute of South Korea.

Back in 2018, Tesla had a referral program to help sell vehicles – owners could share a referral code with new buyers who would receive Supercharging credits. In exchange, referrers would get prizes based on how many people they referred.

One of the prizes was launching a picture into deep space.

Launch Your Photo into Deep Space Orbit We’ll laser-etch any image onto glass and send it into deep space orbit for millions of years. Refer more friends while you wait for an alien race to discover your payload.

Last month, we reported that Tesla had yet to deliver on the prize – four years after the program ended. A week later, Tesla finally launched a system for referral program prize winners to send their pictures in space, but we didn’t know when Tesla was actually going to launch the pictures or how.

Now Tesla has confirmed that they will launch on the Korea Pathfinder Lunar Orbiter mission to be launched by SpaceX next week.

Tesla’s mission is to accelerate the world’s transition to sustainable energy — thank you for your support in making it a reality. Your photo will be launched into space on the KPLO mission on August 4, 2022.

With the confirmation, Tesla also released this mosaic of the pictures it will be sending being assembled to recreate an image of the Tesla Roadster in space.

In February 2018, SpaceX launched its first Falcon Heavy rocket, and it needed a “dummy load” to send into space in order to demonstrate the capability.

Musk, who is the CEO of both SpaceX and Tesla, decided to launch his own Tesla Roadster.

Due to the higher risk of failure with a brand-new rocket, SpaceX didn’t want to put something too valuable out there, like a satellite, but at the same time, Musk didn’t want to just launch a weight into space.

He figured that launching a Tesla Roadster would be more interesting and inspiring – and that it was. The video of the launch became extremely popular, and it created stunning images of the Tesla Roadster in space.

I had Canvaspop make printouts of one of those pictures (using high-res images that SpaceX released on Flickr), and I display it in my house.

Now the vehicle is believed to be over 180 million miles from Earth traveling at 8,100 mph.