Ahead of the launch, Elon Musk said that many unknown factors result in “about a 50% chance” that the Falcon Heavy demonstration flight fails and destroys his Tesla Roadster in the process.

Yet, the launch was actually successful and all three first stage boosters separated to propel the second stage with the Tesla Roadster into space.

The Roadster is now on its way to Mars, or at least as close as it can possibly get on a 6-month and over 200 million-mile voyage, on an orbit around the sun.

That’s on the ten-year anniversary of the first Tesla Roadster delivery. Traditionally, ten years is tin or aluminum, but it’s a launch to Mars for Elon Musk.

As of writing, the second stage has successfully separated and the fairings are off. Those are actual images of the Tesla Roadster in space (update: I’ve receive many messages from people concerned about the “astronaut”. It is a mannequin and not an actual human. His name is Starman and he is going to Mars in style):

Now the Roadster was only the payload.

The actual accomplishment here is the inaugural launch of the Falcon Heavy which has now become the most powerful rocket in operation. 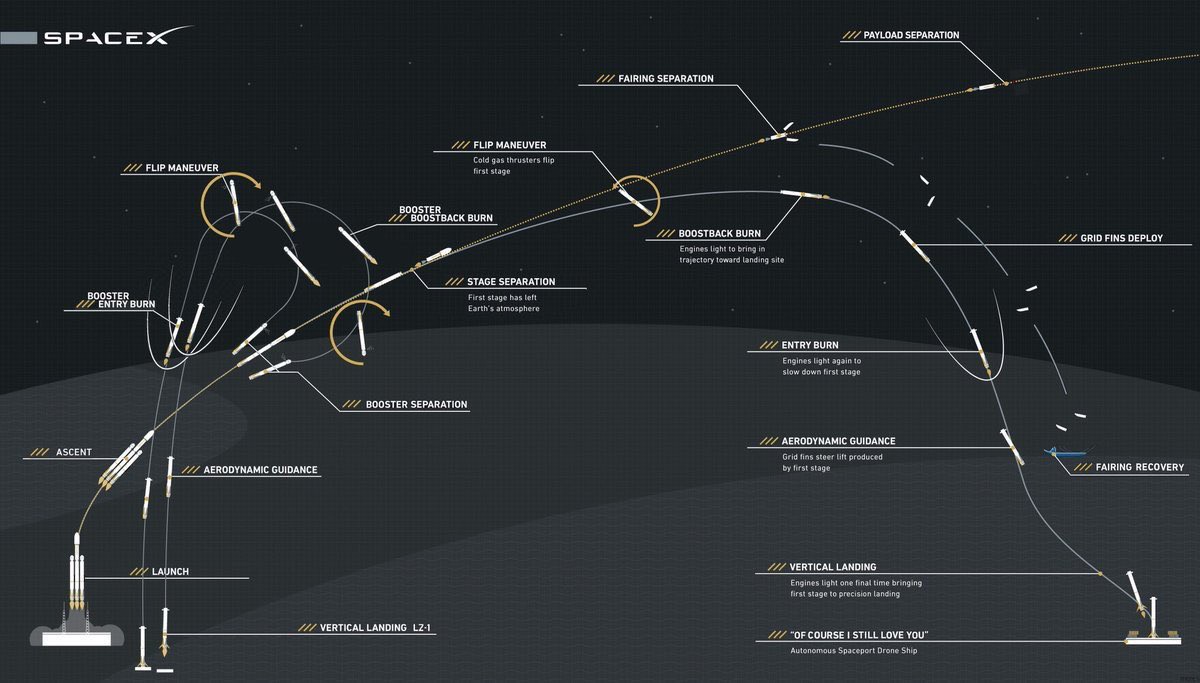 SpaceX is now attempting to land the 3 first stage booster as of writing this.

3:54 – The first two boosters have successfully landed at the landing pads in Cape Canaveral 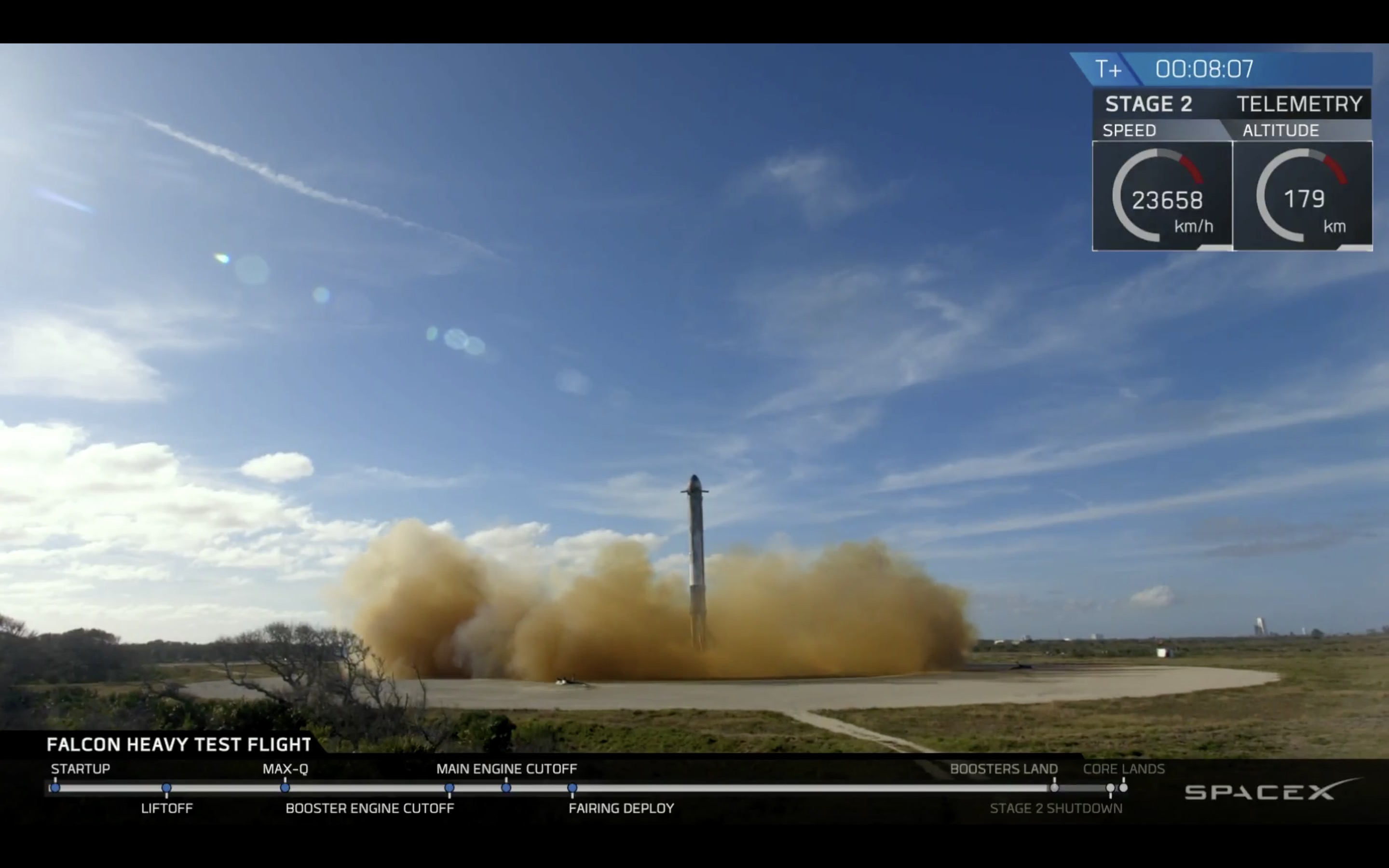 4:00 – So far the launch and landings were flawless, but still no word on the drone ship landing of the center booster.

View from SpaceX Launch Control. Apparently, there is a car in orbit around Earth. pic.twitter.com/QljN2VnL1O

4:52: There’s now a livestream of the cameras on the Roadster in space:

5:13 – we are now getting reports that the center core booster wasn’t successfully recovered with the drone-ship landing at sea. It’s still an overall success for the mission so far.

Here’s the video (the good stuff starts at 29 min):