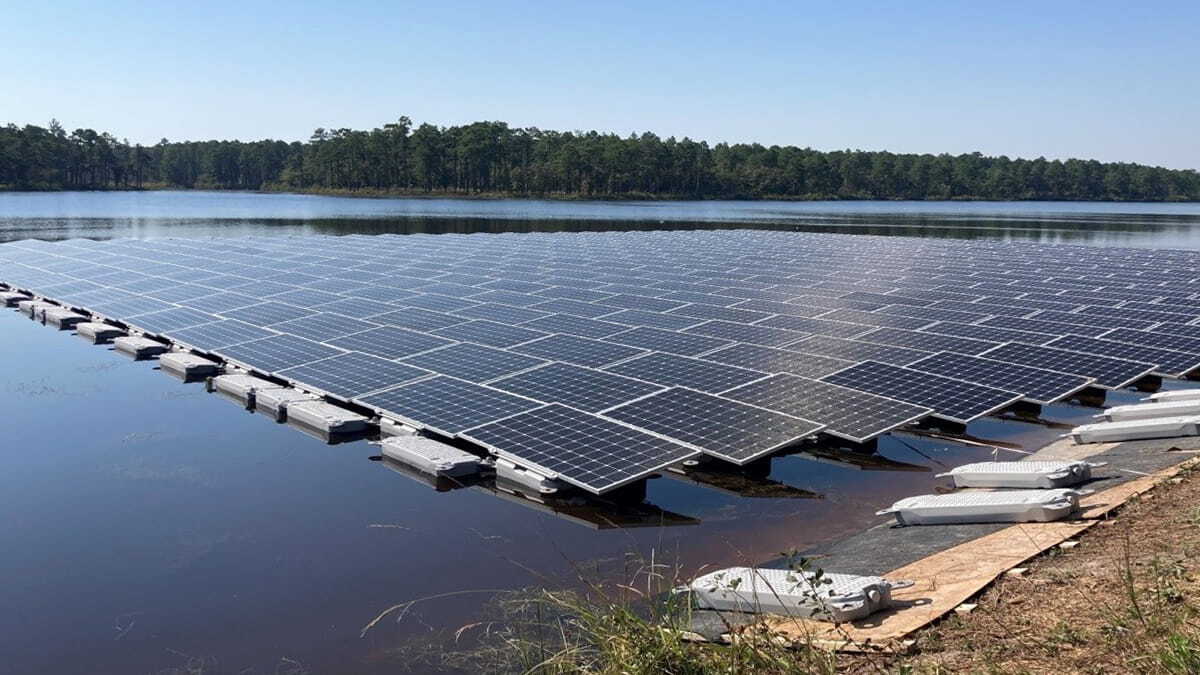 The US Army has launched the largest floating solar farm in the Southeast. It’s also the first project of its kind for the US Department of Defense.

A ribbon cutting took place on June 10 for the floating solar, which is on Big Muddy Lake at Camp Mackall on Fort Bragg, North Carolina.

Fort Bragg is the largest military installation by population in the Army, with around 49,000 military personnel, 11,000 civilian employees, and 23,000 family members. It’s the home of Airborne and Special Operations forces.

The system also features an electronic recloser, which detects and interrupts momentary faults.

Rachel Jacobson, assistant secretary of the Army for Installations, Energy and Environment, said:

This project fulfills the commitment made in our Army Climate Strategy to increase resilience while delivering clean energy and reducing greenhouse gas emissions.

When we collaborate with local utilities and industry to promote energy resilience while powering the local grid, it is a winning solution across the board.

To reiterate what Jacobson said: The US Army has a climate-change strategy. The 20-page document can be accessed here.

The US Army has a goal of slashing its emissions 50% by 2030 and achieving net zero by 2050. It also wants to “proactively consider the security implications of climate change in strategy, planning, acquisition, supply chain, and programming documents and processes.”

This is significant because the US Army is a major pollluter. Since 2001, the military has produced more than 1.2 billion metric tons of greenhouse gases – more than entire countries like Denmark or Portugal. Further, the Department of Defense accounts for nearly 80% of the federal government’s fuel consumption, according to Neta C. Crawford, a political science professor at Boston University,.

The US Army also officially recognizes that climate change is a real threat. The first line of its climate strategy states:

Climate change threatens America’s security and is altering the geostrategic landscape
as we know it.

So it’s good news that such a large polluter recognizes its problem and is taking steps to rectify that problem.

It also demonstrates nonpartisan climate change action in a currently polarized country. There is a tendency among climate change deniers to attribute the movement to adopt renewables as some sort of a left-wing plot. (Just read some of our comments on Facebook.)

So when someone starts to shout about the liberal plot to install “useless solar,” and wind turbines killing birds, send them a link to the Army Climate Strategy.