Meet Sparky, the electric tugboat operating in the Ports of Auckland with 2,784 kWh of power 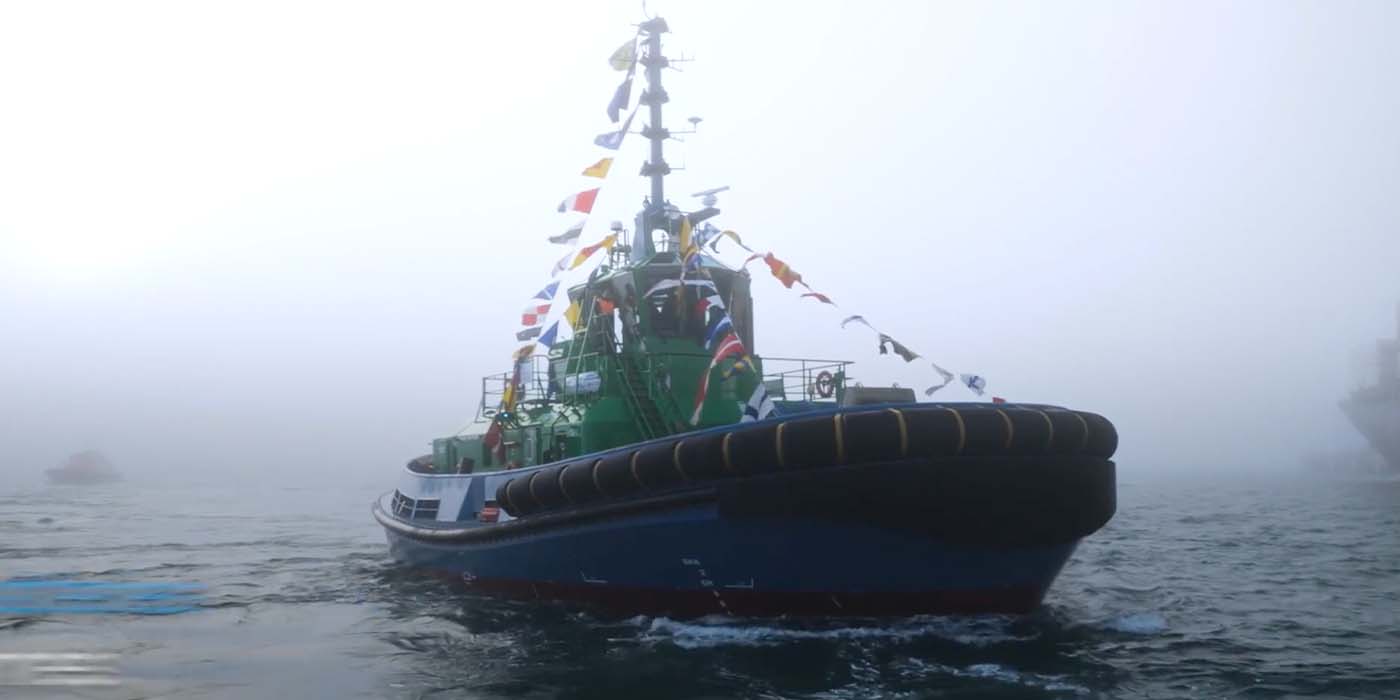 The Ports of Auckland in New Zealand has welcomed a new member to its maritime family. A bright green, electric tugboat named Sparky recently arrived in Auckland as “the world’s first full-sized ship-handling electric tug.” By delivering the same bollard pull as the Ports of Auckland’s strongest diesel tug, Sparky represents a future in which zero-emissions ship handling is possible around the globe.

In 2019, Ports of Auckland signed a contract with Dutch maritime manufacturer Damen Shipyards to purchase a fully-electric tugboat. This move was part of the ports’ larger plans to become emissions-free by 2040. Ports of Auckland chief executive Roger Gray spoke to the decision:

When the project started there were no emissions-free ship-handling options around; however, Damen were up for the challenge and now they’ve changed the game with our e-tug Sparky.

After the purchase was made, the Ports of Auckland was brave enough to open the naming of the electric tugboat up to the public. It received over 3,000 suggestions, including “Tuggy McTugface,” “Electric Disco Biscuit,” “The Fighting Queen of Covid,” and the understated “Doug.”

After narrowing it down to four names, the public voted on Sparky, which was delivered to the Ports of Auckland for duty this week.

News of Sparky’s delivery to the Ports of Auckland was shared by EVs & Beyond, including some quotes from executives at the ports. Roger Gray once again spoke:

Sparky is the first e-tug of its type in the world and was a truly innovative project for us. Her arrival marks a big step towards the ports’ decarbonization of operations and towards our long-term emissions reduction goals.

While this is not the first electric tugboat in the world, it is the first in Auckland, and the first of its size and bollard pull. Sparky’s birth name is actually the Damen RSD Tug 2513 Electric and is powered by 80 battery racks housing 2,240 batteries – totaling 2784 kWh of power onboard. That translates to 70 tons of bollard pull, more than enough to tug other ships through the ports without any emissions.

According to the Ports of Auckland, the new electric tugboat is expected to complete as many as four shipping moves on a single charge and can replenish its batteries in about two hours. You can check out its other specs here.

By going electric, the Ports of Auckland expects ol’ Sparky to save around 465 tons of CO2 emissions each year and the expected cost of operating the tug is less than a third of the cost of a diesel equivalent.

If you’re near Auckland, go give Sparky a visit, although you may have trouble hearing her coming. Just look for the bright green electric tugboat.

If you’re nowhere near New Zealand, here’s a video of Sparky in action at sea: