Iceland by electric bike: Why you should absolutely try renting an e-bike the next chance you get 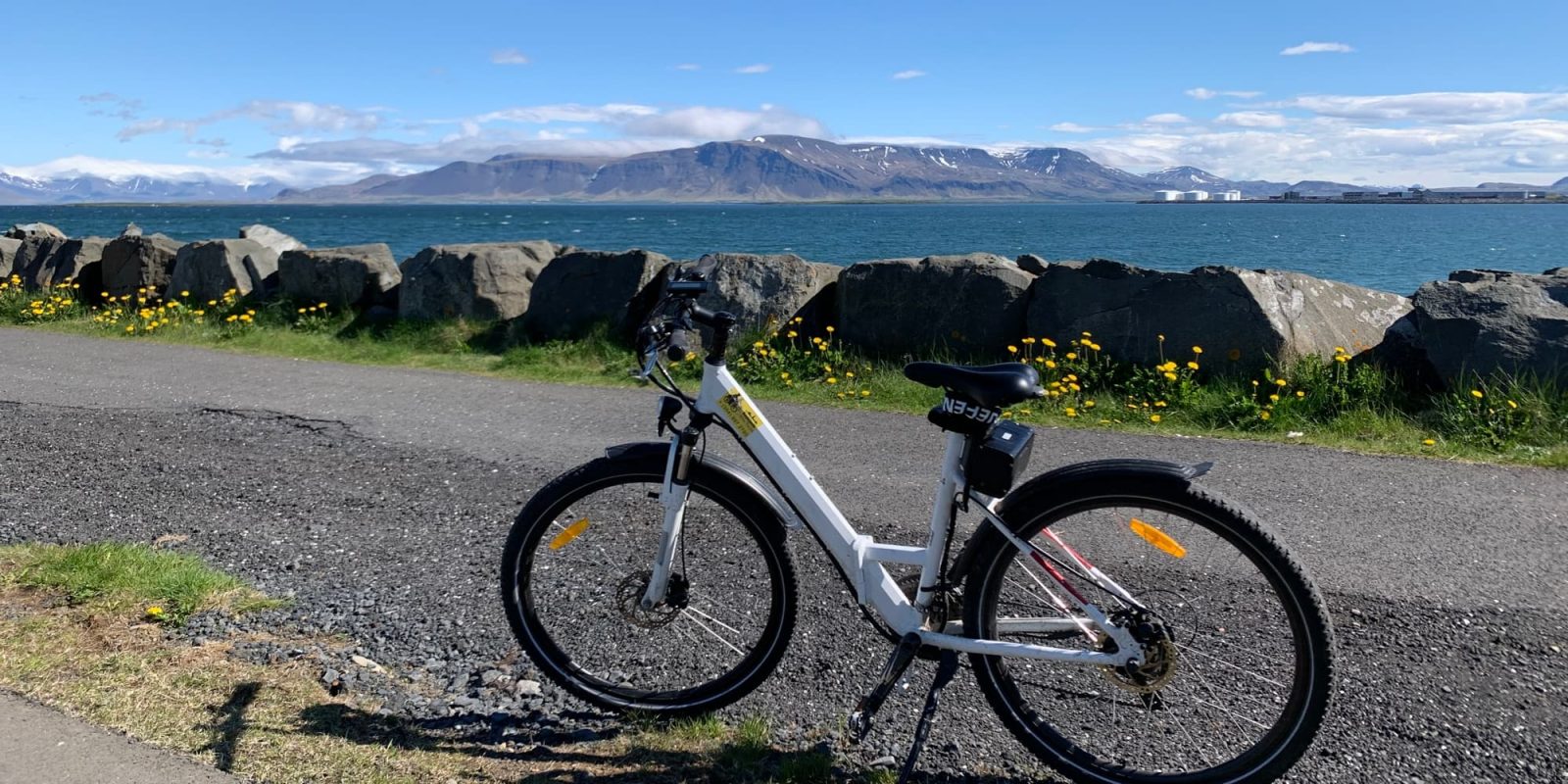 I’ve been an electric bike proponent for well over a decade. My love affair with e-bikes began when I discovered their utility as car replacements (and has led to me living essentially car-free since high school). But I learned more about their usefulness as I dove deeper into the fitness and recreational aspects of e-bikes. Now, after a recent trip around Iceland, I have gained a whole new appreciation for electric bikes as tourist wheels. And here’s why you should definitely consider renting an e-bike on your next vacation.

A bit of context

When my wife and I travel, we usually like to dive a little deeper into the city or country hosting us. That means checking out the local eateries, craftsmen, parks, or anything else that could give us a closer look at the local culture. Tour buses, hop-on-hop-off excursions, and walking tours all have their advantages, but they also tend to keep you separated from the city you’re exploring.

We recently tried renting electric bikes as a way to get around Reykjavik, and now I never want to go back to seeing a city through glass or to spending a half-hour walking to a cool local site that could have been a seven-minute bike ride away.

For this trip, we stopped by the Reykjavik Bike Tour folks (who also apparently offer Segway tours too, but we wanted to get some good pedaling in, electric or otherwise).

The team there was super helpful and offered both opened-ended and guided e-bike tours. We like to feel pretty independent, so we went with the first option so we could explore on our own. But they helpfully left us with a giant map and pointed out all the coolest places along with suggestions for where we’d find the best bike trails and interesting sights to see.

In terms of hardware, I hopped on an Ikea e-bike that didn’t offer any special bells or whistles, but worked just fine and allowed each one of my pedal strokes to get amplified with the help of an electric assist motor. When renting an e-bike, you’re limited to the options at hand. But fortunately, most e-bikes will offer you a similar experience, bells and whistles aside.

My wife, who is quite petite, didn’t fit on the same model of electric bike that I used, but they helpfully rolled out a cute little Xiaomi e-bike that seemed like it was purpose-built for her, and so she had a blast on that model.

Both were folding models, which would have been neat if we wanted to toss them in a car and head farther outside of the city. But with so much to see right there in Reykjavik, there was no reason to get a car involved in any of this.

Neither e-bike had a throttle, which we’re both used to using, but European e-bike regulations generally mean that all of their e-bikes have the fun switch removed. Even without a throttle, a bit of light assist is all you need as long as you don’t mind doing a little honest pedaling yourself. That turns out to be part of the fun and also ensures you don’t get going too fast to miss the fun sights around you. It’s also a nice compromise as on pedal bikes we’d probably have spent more energy cranking out pedal strokes in the city and had less time or energy to enjoy the sights and sounds around us. And yet we were also still getting in some decent exercise, as my Fitbit helpfully informed me.

With our electric bikes helping ease the ride, we were able to pedal right along the Icelandic coast, stopping whenever we wanted to walk on the beach and get a closer look at anything that jumped out at us.

We’d never have been able to do that with a tour shuttle, especially since the roads didn’t even go that close to the most beautiful parts of the beach. We’d stop at small little harbors along the way and watch seals playing in the water, then hop back on the bikes whenever we were ready.

Riding back into the city found us on the streets again, but it was easy to wind our way into the less busy paths and away from traffic. A cute little hilltop park called our name, so we stopped there for a picnic lunch. Pro tip: remember to bring a little backpack for food and water on an e-bike excursion as you’ll still work up an appetite and a thirst!

Each time we wanted to check out another attraction or a cool little spot, it was just a few minutes away by bike. We had walked much of the city the day before, and we realized how much easier it was to get around to see some of the things that we wrote off as being “too far” previously.

Frankly, I don’t know how I’ve gone so long as an everyday e-bike rider but have yet to take advantage of these awesome tools on vacation. Renting an e-bike is like a cheat code to opening up a new city and exploring it faster, for longer, and with a bigger smile on your face.

Maybe I hadn’t realized this yet since I often think of going to a new city or country as a time to do something different, as in out of the norm.

But if e-bikes are my norm every day because of how great they are to navigate my own city, then it makes sense that they’d be great to navigate most other cities too.

And having had that experience in Reykjavik, I’m definitely looking forward to finding some electrified wheels on my next trip.

A great way to test ride an e-bike?

Electric bicycles are becoming an increasingly popular form of alternative transportation and a growing option for both fitness and leisure. But these are usually expensive machines, which makes buying one just to try it a risky endeavor.

If you have a local e-bike shop that offers test rides, that’s a great option. But since many people don’t have a local option for electric bike test rides, perhaps renting an e-bike on your next vacation or trip to another city would be a great way to get your feet wet, so to speak.

Until you try an e-bike for the first time, it’s hard to imagine what an odd combination of child-like fun and adult-like utility these things offer. But the first time you throw your leg over one and spin it up, you get it.

We often talk about an “e-grin” in the e-bike industry – that smile that all first-time riders have when they roll back around after their first loop on an electric bike. It’s something that transcends just about everything that separates us and makes us unique. In the end, it’s hard to find a person that doesn’t enjoy taking a spin on an e-bike.

And the more they integrate themselves into my own life, whether that’s my daily supermarket run or my once-in-a-while vacation excursion, the more I’m loving the fact that these awesome rides exist.