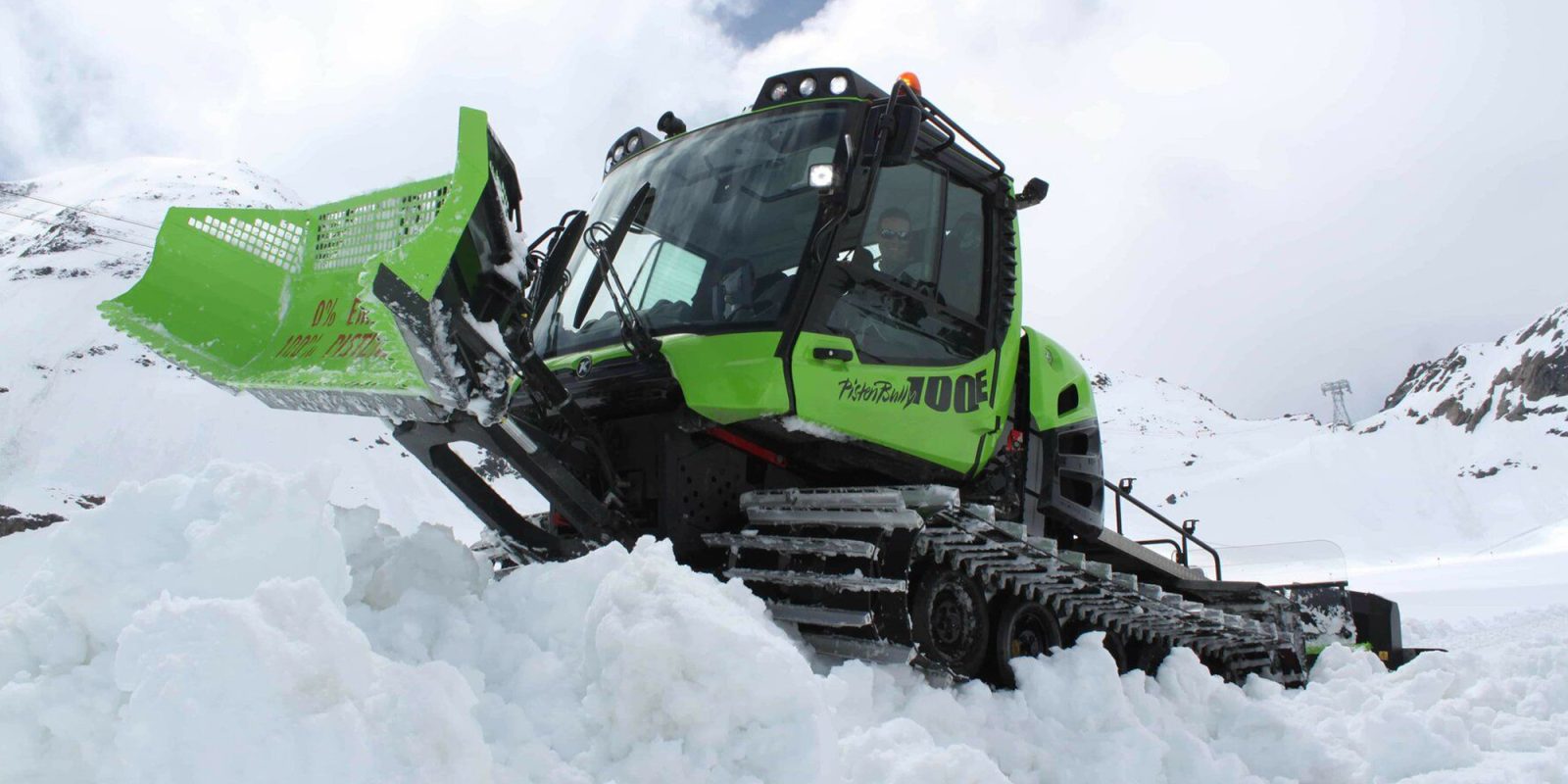 Taos Ski Valley in New Mexico recently became the first North American ski resort to use a fully-electric snow groomer, by putting a PistenBully 100 E into operation. This is just one of several actions the mountain village is taking to promote sustainability and achieve its pledge to reach net-zero carbon emissions by 2030.

The mountain village was originally settled by copper miners in the 1800s, but was not founded as a ski area until the 1950s. Having been incorporated as a village in 1996, Taos Ski Valley sits as one of the highest municipalities in the US, sited at an elevation of 9,321 feet.

Since then, the village has been recognized for several environmental and sustainability awards, including a Climate Change Impact Award in 2021. Since 2014, Taos Ski Valley has participated in the National Ski Areas Association annual Climate Challenge to reduce greenhouse gas emissions.

As a certified B Corp, the mountain village has also pledged to reach net-zero emissions by 2030 and has the following measures in place:

Part of this green strategy includes a reduction of emissions on the mountain as well, using new technology like 100% electric snow groomers.

According to a recent report from SnowBrains, Taos Ski Village’s new electric snow groomer is in operation, making the resort the first in North America to use one. The groomer itself is called the 100 E by PistenBully, a snow groomer manufacturing subsidiary of Kässbohrer Geländefahrzeug AG out of Germany with a US office in Reno, Nevada.

A large amount of carbon emissions on the mountain currently come from snow grooming equipment, so the PistenBully 100 E electric snow groomer could provide a pivotal shift in sustainability for Taos and other ski resorts around the world. Taos Ski Valley CEO Dave Norden spoke to the village’s environmental pledges and its new electric snow groomer:

Achieving net-zero carbon emissions is the right thing to do for our community, our local environment, and the entire outdoor recreation industry, which is on the frontline of the climate crisis. We’re grateful to the teams at PistenBully and Kässbohrer All-Terrain Vehicles that partnered with us and worked with us to help us secure this new snowcat.

We don’t have a ton of specs on the PistenBully 100 E but here are some:

Check out an update from PistenBully on its 100 E electric snow groomer in action below: