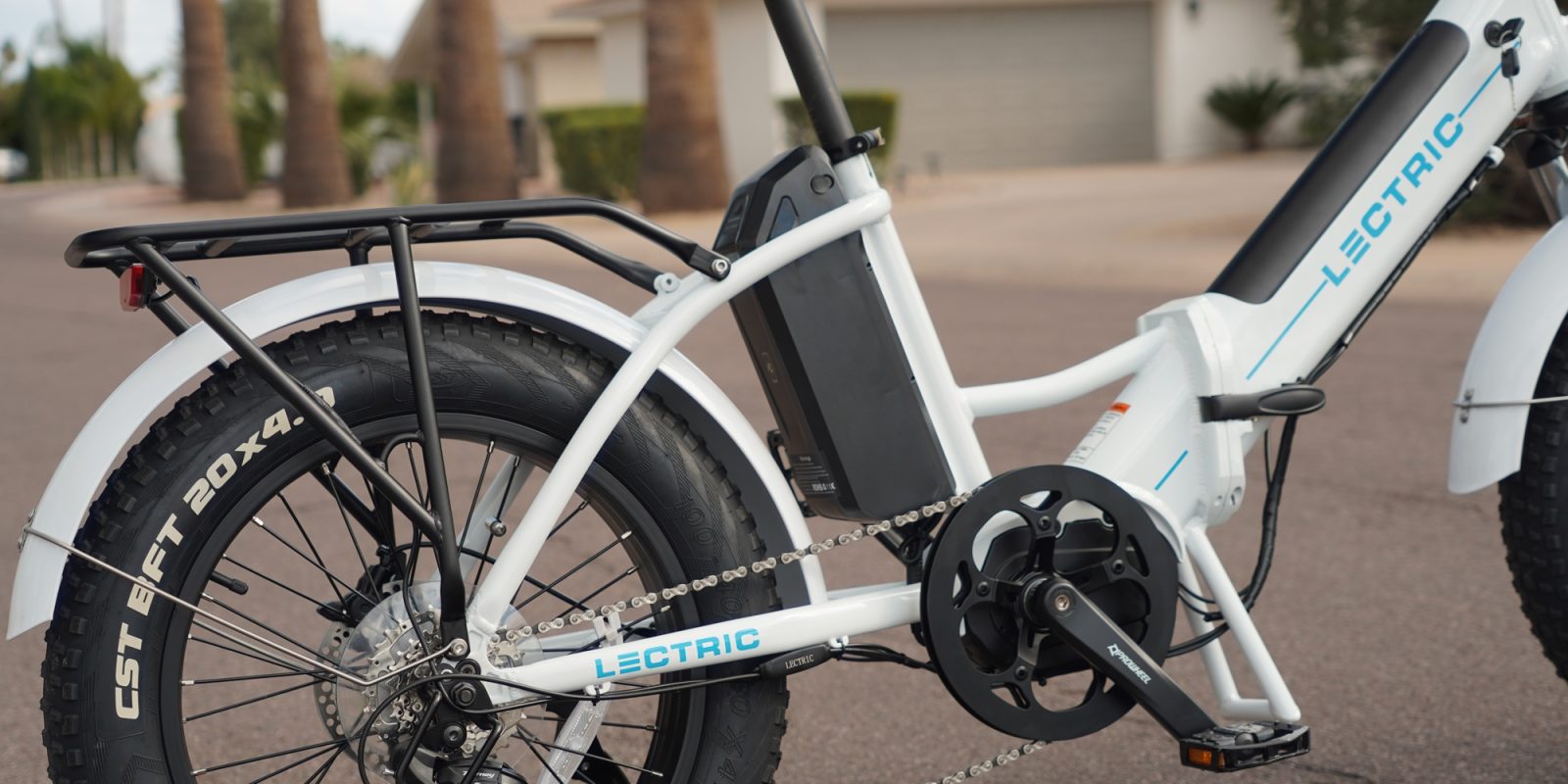 But the Lectric XPremium not only reaches Class 3 speeds of 28 mph (45 km/h) from an 800 watt peak-rated motor, but it also comes with two batteries for long range riding.

The pair of 48V 10.4Ah batteries add up to a kilowatt-hour of capacity, which is around 50% more battery than the industry average. That results in a throttle-only range of around 50 miles or 80 km, or a pedal-assisted range of over twice that figure. An unlike most dual-battery electric bikes that charge several hundred dollars for the second battery, the XPremium features the dual packs as standard equipment.

The mid-drive motor on the Lectric XPremium also includes a torque sensor, which means that pedal assist feels natural and intuitive since it is applied based on how hard the rider is pedaling at any instant. I know because I had the chance to take an early test ride on the bike, which you can see in my first ride video below.

The pricing on the Lectric XPremium sent a shockwave around the industry when it was first announced due to its significant undercutting of most other high-power electric mid-drive e-bikes. But the move was par for the course at Lectric, since the brand is known for its budget-level prices.

Lectric grew to stardom and developed a cult following for its Lectric XP 1.0 and Lectric XP 2.0 e-bikes, which were launched at just $899 and $999, respectively, while still offering maximum legal e-bike speeds.

Last month the company debuted a lower performance but significantly lighter weight model known as the Lectric XP LITE, which was priced at just $799 and became one of the only 48V-based e-bikes at that price point.

Both the Lectric XP 2.0 and the XP LITE were targeted at the lower end of the e-bike price range in order to appeal to bargain shoppers that still desired a higher performance option.

Yet at just $1,799, Lectric eBikes has flipped the script on what these higher performance mid-drive e-bikes can cost, all while including parts like racks, fenders, and built-in LED lighting as standard equipment.

Having tested the bike myself for an afternoon at Lectric’s Phoenix’s headquarters, the only real downside I could find was the heavy 75 lb weight. Other than that, the compact folding frame and powerful mid-mounted motor made it a blast to use. I was able to toss it in my rental car and drive around town to the best riding spots – something not very many fat tire e-bikes can do.

I look forward to getting the chance to spend more time on the bike soon for a more in-depth review, but I can already give it two thumbs way up and proclaim it as the absolute best bang-for-your-buck mid-drive electric bike in the market, bar none.