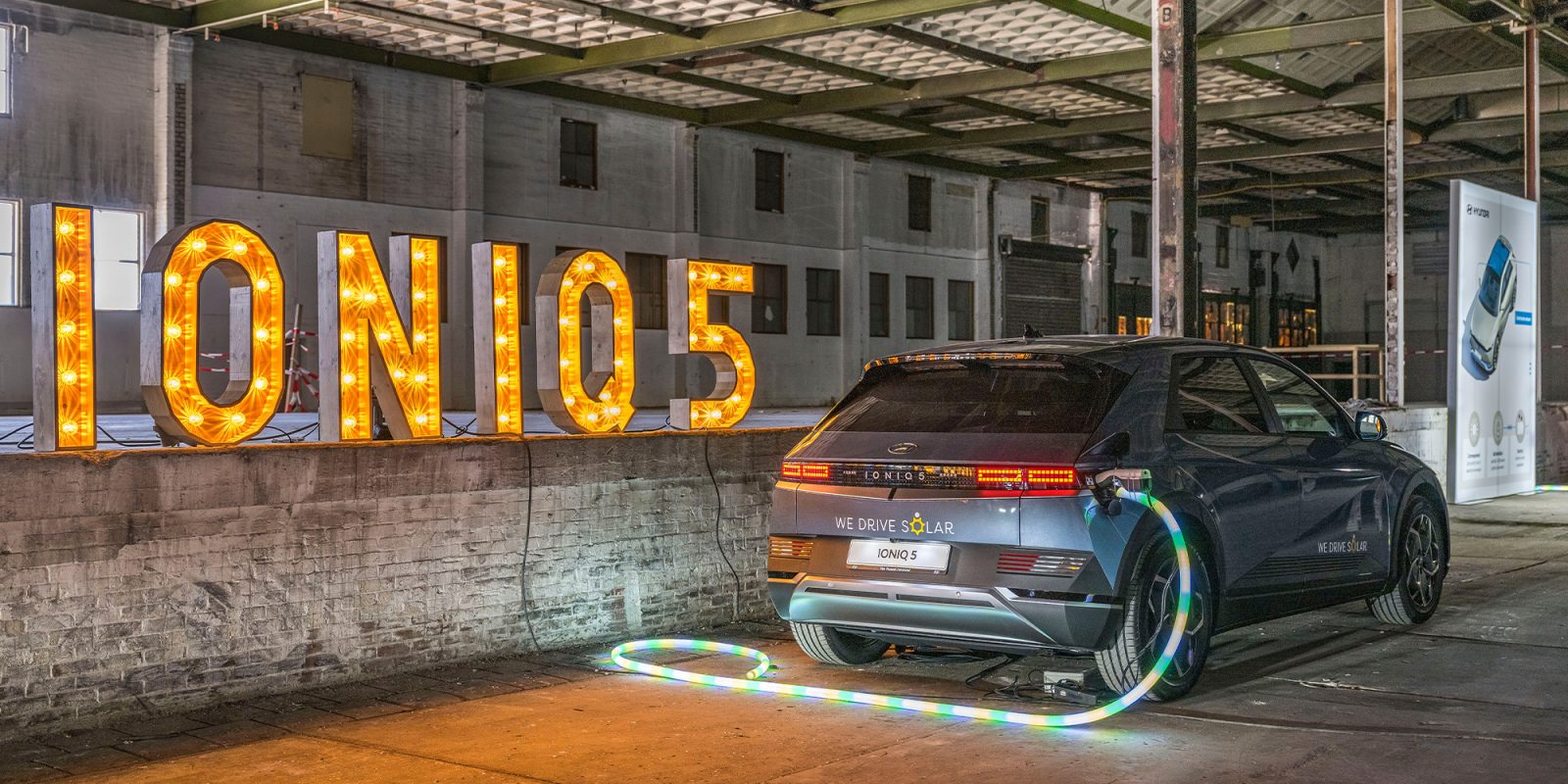 Hyundai Motor Group and We Drive Solar have teamed up to help create a completely bi-directional region in the Dutch development district of Cartesius in Utrecht of the Netherlands. To begin, We Drive Solar has equipped 25 Hyundai IONIQ 5 BEVs with vehicle-to-grid (V2G) technology to send power back to homes and businesses in the region during peak energy hours.

We Drive Solar is a shared car provider that is involved in a number of new-build developments focused around sustainability in the Netherlands. This includes Cartesius Utrecht, which is home to the new partnership with Hyundai.

By implementing a holistic system of solar panels, charging stations, and shared vehicles with V2G capabilities like the modified IONIQ 5s, the companies seek to power 2,530 homes in Utrecht to create the “world’s first bi-directional city.”

Hyundai’s IONIQ 5 BEV is the first model to debut on the Korean automaker’s E-GMP platform. Having experienced the IONIQ 5 inside and out multiple times, it remains one of our favorite EVs on the market today. When it first debuted, one of the technologies we were excited about was its vehicle-to-load (V2L) capabilities, in which your EV can power other objects like a TV, mobile office, mini fridge, or even charge another vehicle.

Earlier this month, Hyundai Motor Group shared news of two separate projects in Europe to integrate vehicle-to-everything (V2X) capabilities on its IONIQ 5, meaning the EVs could send energy anywhere, whether its a device, a home, building, or the electrical grid.

Following its most recent announcement, we have learned that Hyundai has introduced V2G tech in 25 IONIQ 5 EVs with the help of We Drive Solar, with plenty more planned to support the bi-directional city project.

Hyundai shared details of its V2G project with We Drive Solar in a detailed press release, explaining the design of the bi-directional city in the Netherlands and its efforts to bring it to reality. We Drive Solar has redesigned the city around sustainability, but with an emphasis on other forms of clean mobility like walking and designated bike paths.

When vehicles do need to be used, residents of Utrecht will be able to drive a shared car through We Drive Solar, offering EVs like the IONIQ 5s equipped with V2G tech. The initial rollout is 25 BEVs, but Hyundai has already shared intentions to implement 150 over the course of 2022. Michael Cole, president and CEO of Hyundai Motor Europe spoke to the project:

We are very proud to launch this project with We Drive Solar. At Hyundai, we believe that bi-directional charging in combination with V2G technology can turn battery electric vehicles into flexible resources. IONIQ 5 and V2G technology not only offer an alternative solution for customers looking to move away from traditional combustion engines, but also helps to increase the viability of renewable energy generation within the grid.

In the Utrecht region, renewables like solar and wind power are the main sources of energy. That energy can then be stored in the battery packs of the IONIQ 5s to drive around as shared vehicles, but also use V2G capabilities to send that stored energy back to the city during peak hours. This can help eliminate any dependency on fossil-fuels… a prospective future that gives us chills.

The 900-year-old region of Utrecht has already implemented over 1,000 bi-directional EV chargers that can not only replenish the Hyundai EVs using wind and solar, but allow those same vehicles to send energy back when needed.

The goal of Hyundai’s collaboration with We Drive Solar is to make Utrecht the first region in the world with a bi-directional energy ecosystem, and they’re well on their way.

I fell in love with the V2L technology on the IONIQ 5 when I got my first up close look at it a year ago. The possibility of V2G capabilities could be absolutely tremendous for not only Hyundai or Utrecht, but the auto industry as a whole.

The tech is already here. New EVs coming out like the Ford F-150 Lightning will come with vehicle-to-home capabilities, but cannot yet send energy back to the grid. That will take some infrastructural changes and regulations, but the prospect of being able to sell your EVs energy back to the city feels inevitable.

It’s already happening in the commercial EV segment, a huge reason why I think buses and last mile delivery trucks will see a much quicker rate of adoption compared to consumer vehicles.

There’s still a long way to go before V2G becomes a commonly used phrase in our day to day lives, but Hyundai is helping get society one step closer. I find this all quite exciting and would love to visit Utrecht someday.