After revealing that their bike has a tendency to break in half, Fiido quickly announces new plan 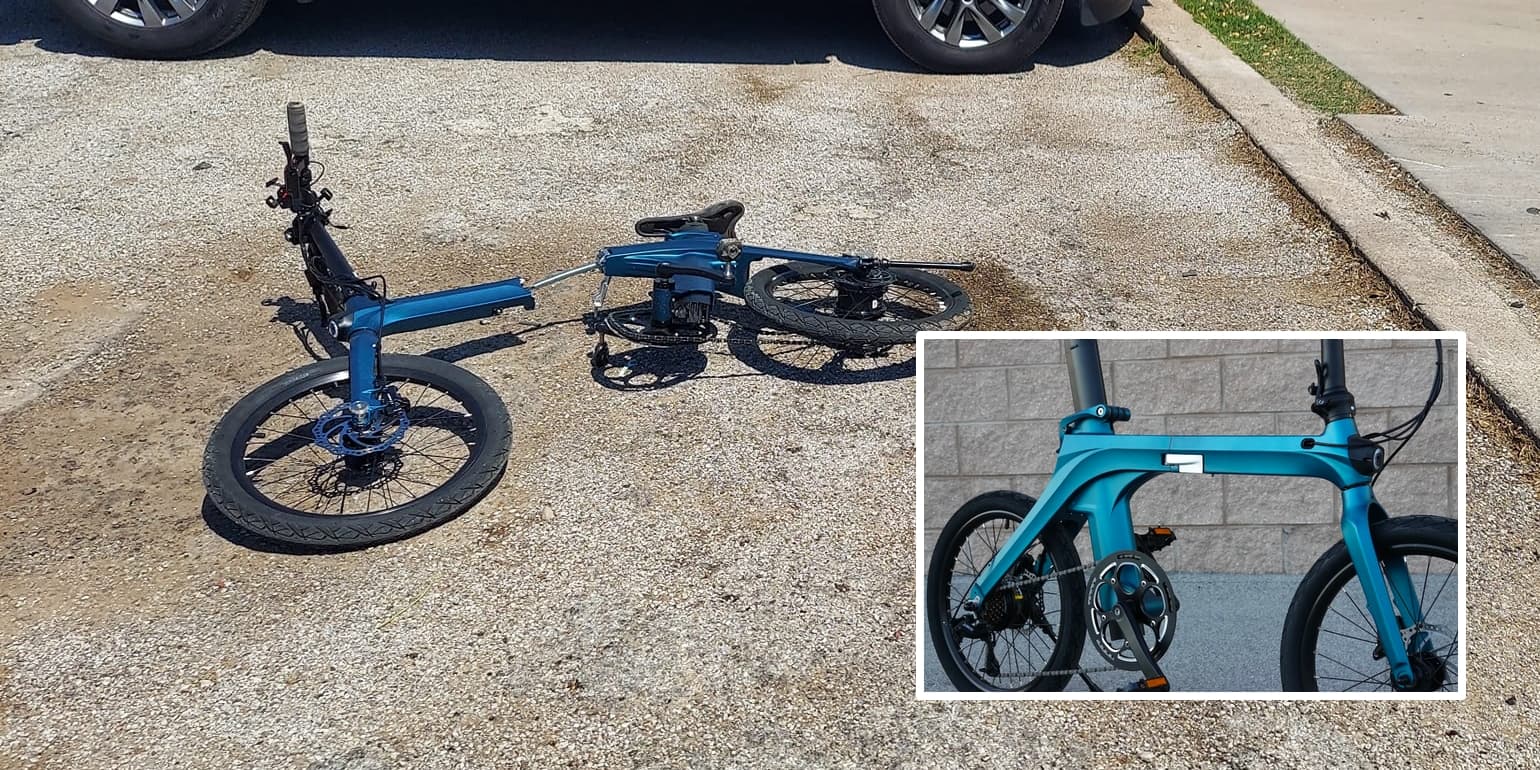 Last week we broke the news that Fiido X electric bikes suffered from a design flaw in the magnesium frame’s folding mechanism, resulting in multiple bikes breaking in half. Now the Hong Kong-based company has announced its solution, which involves a major redesign to the bike and replacements for riders.

The original Fiido X folding e-bike featured an ultra-sleek frame with a minimalist folding mechanism in place of the normally bulky and ugly folding joints on most other folding e-bikes.

As it turns out, the design was overly minimalist to the point where it wasn’t structurally sound.

As of April 13, 2022, Fiido officially launches the recall and upgrade of all Fiido X folding electric bike which manufactured between September 2021 and March 2022, a total of 2,989 units. (including unit from IGG sales channel, official website sales channel and authorized distributors sales channel). Fiido official after sales service team will directly contact all affected customers advising them to make an appointment with support team, free product recall services and corresponding user protection plan will be carried out.

Fiido has now reworked the X’s design, creating the Fiido X V2, which will come with a three-year frame warranty after the new design was laboratory tested to “achieve two times the test standard of EN19154.” In addition to an improved folding mechanism design, the new Fiido X V2 will also feature improved Shimano transmission, upgraded handlebar display, improved keypad and bar grips, and a redesigned magnetic locking system for when the bike is folded.

Fiido has now announced that all affected customers will receive either a new upgraded Fiido X V2, a different Fiido e-bike model of equal value, or for riders who need a quick replacement for daily commuting, another currently available Fiido e-bike model of lesser value, plus a refund of the difference in cost. The entire recall plan can be seen here.

As part of the recall, riders will need to remove the locking latch for the battery/seat post on the rear of the frame, as well as the bolt-on dropout at the rear of the bike.

These two small parts will need to be mailed back to Fiido, demonstrating that the bike has been effectively “destroyed” and rendered unusable in the future.

Riders waiting for an updated Fiido X V2 with an improved folding mechanism design have been told that the new bike model will ship from the factory in June or July of this year.

Riders trading in their Fiido X1 for a similarly priced Fiido D11, M1 Pro, D21, or T1 should see their new e-bikes ship from the factory by June .

Riders swapping out for an L3 or D3 Pro and partial refund will see their replacement bike ship in the next two weeks from Fiido’s US and EU-based warehouses.

The company appears to have taken the safety issue seriously, quickly stopping sales and redesigning the product while simultaneously developing a replacement plan for affected riders, all in under 10 days.

Electrek spoke with Fiido’s CTO Keven Wang this morning, who shared how the team has been working night and day on everything from the failure analysis to the recall plan.

After receiving the feedback on April 3rd, the entire Fiido team attached great importance to and quickly implemented the solution. The Fiido product laboratory immediately conducted more rigorous testing. After the failure reappeared on April 8th, we immediately announced that all users stopped using it, meanwhile, closing all Fiido X sales channels. Because we, like our users, put safety first.

Although the FIIDO X V1 version has passed the relevant tests of EN15194 on this product, we did not fully consider the correlation between the strength test and the transportation environment. This will also be one of the key improvements in our future work.

Although this recall will let FIIDO face an unprecedented financial crisis, responsibility and credibility are more important to us. Fortunately, our missteps haven’t caused anything more serious. Fiido hopes to regain everyone’s faith with our honesty and responsible attitude. The occurrence of this incident is an alert to us. We will hang the broken FIIDO X on the wall of the R&D department and let it remind us how to design products.